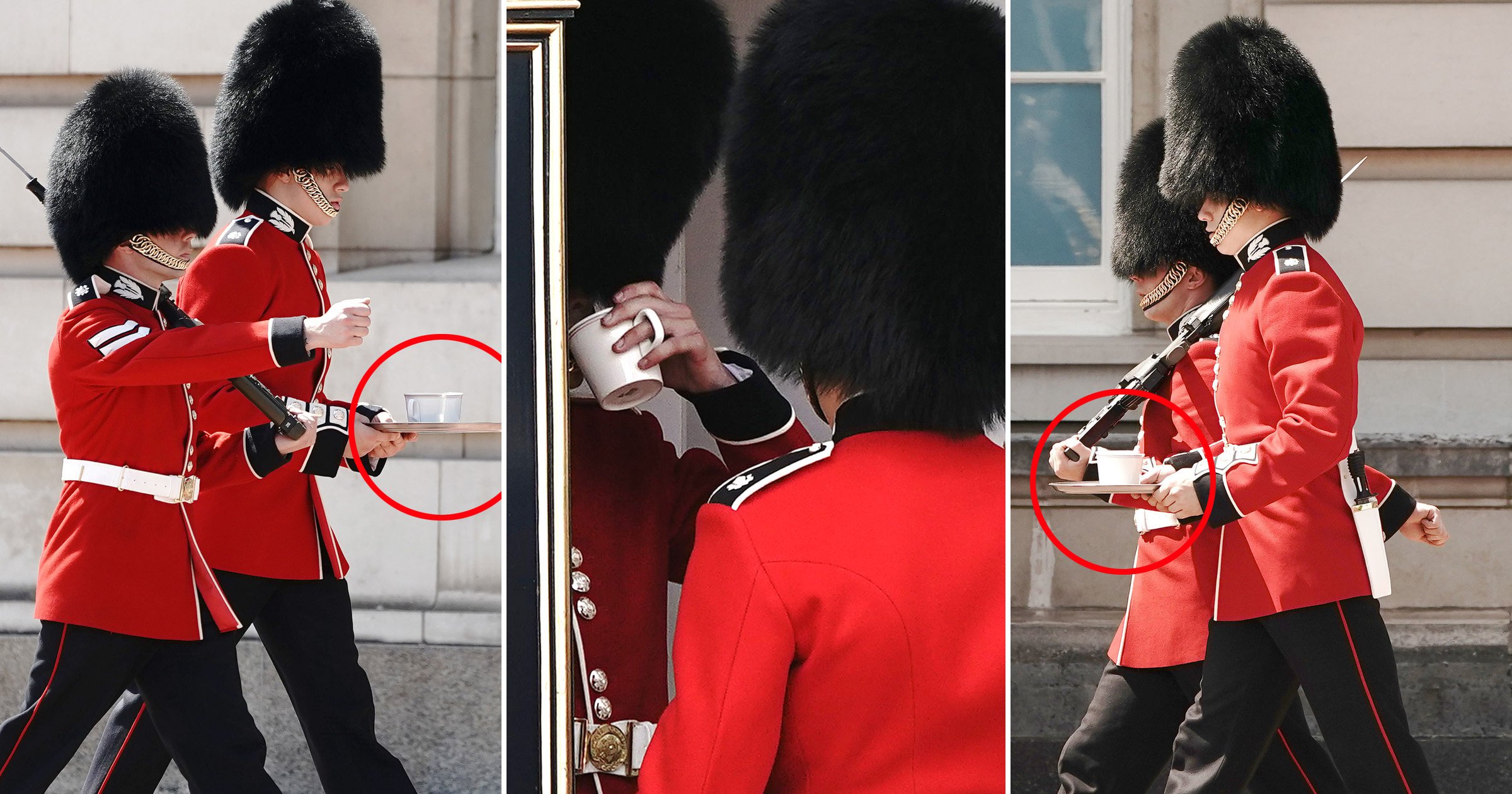 Millions are sweltering as temperatures never seen before across the UK are expected – but spare a thought for those wearing tunics and fur hats to work today.

Pictures show the moment a drink, presumably water or another thirst quencher, was delivered to one of the Queen’s Guards outside Buckingham Palace.

It is likely to earn the title of the world’s most heavily protected beverage after being marched out to the forecourt on a tray by two soldiers, one of who carried a rifle.

The Queen’s Guard is responsible for guarding Buckingham Palace and St. James’s Palace in London.

They’ll be there all day, before guarding the grounds through the nighttime.

Their hats, up to 18 inches tall, are made of real bearskin from Canadian brown bears and are thought to weigh 1.5lbs.

Hydration is key for them – and everyone else – as the capital is on course to be one of the hottest places on the planet on Monday.

Highs of 38°C could be seen – meaning it will be warmer than Havana, Islamabad, the Western Sahara and popular European holiday destinations.

The concerning temperatures have forced the UK Health Security Agency to announce a level 4 heat-health alert – described as an ’emergency’.

Meanwhile, the Met Office has issued the UK’s first red extreme heat warning. Both run from today until Wednesday.

London certainly isn’t the only place hit by uncomfortably hot temperatures, with the Midlands predicted to see highs of 37°C, East Anglia with 36°C and the North West and North East with 33°C.

Wales has already provisionally recorded its hottest day ever, the Met Office said this afternoon.