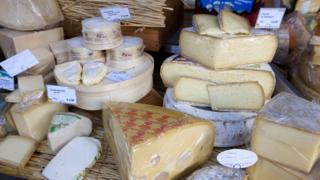 The taste of a food cannot be protected by copyright, the EU’s highest legal authority has ruled in a case involving a Dutch cheese.

The European Court of Justice said the taste of food was too “subjective and variable” for it to meet the requirements for copyright protection.

The court was asked to rule in the case of a spreadable cream cheese and herb dip, Heksenkaas, produced by Levola.

The firm claimed that Heksenkaas was a work protected by copyright; it asked the Dutch courts to insist Smilde, the producers of Witte Wievenkaas, cease the production and sale of its cheese.

The Court of Justice of the European Union was asked by Netherlands’ court of appeal to rule on whether the taste of a food could be protected under the Copyright Directive.

In its judgement, the European court said that, in order to qualify for copyright, the taste of a food must be capable of being classified as a “work” and it had to meet two criteria:

The court found that “the taste of a food product cannot be identified with precision and objectivity”. It said it was “identified essentially on the basis of taste sensations and experiences, which are subjective and variable”, citing age, food preferences and consumption habits as examples which could influence the taster.

“Accordingly, the court concludes that the taste of a food product cannot be classified as a ‘work’ and consequently is not eligible for copyright protection under the directive,” it concluded.

Heksenkaas was originally created in 2007 by a Dutch vegetable producer and sold to Levola in 2011. Smilde began producing Witte Wievenkaas in 2014 for a Dutch supermarket chain.

This is not the first time the European Court of Justice has had to rule on food – and drink – produce: