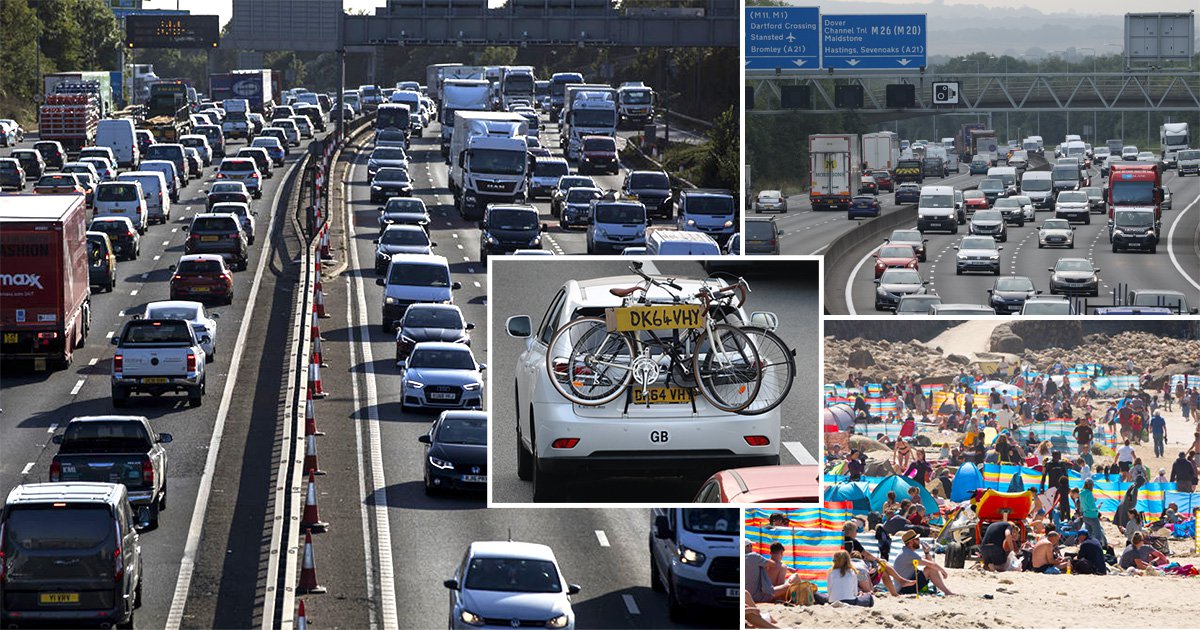 It’s the last bank holiday before Christmas and pretty much the end of summer so the world and its mother is likely to be on the roads at some point this weekend.

An estimated 16.7 million vehicles are expected to head out on leisure trips between today and Monday, meaning some motorways and major routes could become clogged.

The weather looks set to be relatively decent, tempting more people out of cities and into the country, particularly along the M5 and A303 in the West Country.

Advice from traffic analysts Inrix suggests people should leave this morning or after 7pm to avoid getting caught up in major traffic jams.

The picture is mirrored on the railways where ticket sales for trains to seaside destinations have surpassed pre-pandemic levels.

Industry body the Rail Delivery Group said demand is more than double compared with last year’s August bank holiday, and up 17% on the same weekend in 2019.

RAC Breakdown spokesman Rod Dennis said: ‘It’s been an incredibly busy summer on the UK’s roads with vast numbers of people on the move both for staycation holidays and for day trips to the sea and countryside.

‘Our figures suggest this is a trend that will continue, with bumper-to-bumper bank holiday traffic expected, especially on the most popular holiday routes.’

AA president Edmund King said there had been a 10% fall in long-distance trips this month due to disruption caused by Covid-19.

He said: ‘The drop in longer trips might be due to the difficulty in booking accommodation away from home due to more families taking their holidays in the UK.’

National Highways, recently rebranded from Highways England, said 98% of England’s motorways and major A roads will be free of roadworks over the weekend.

Around 95% of the rail network will be fully operational, the rail delivery group said.