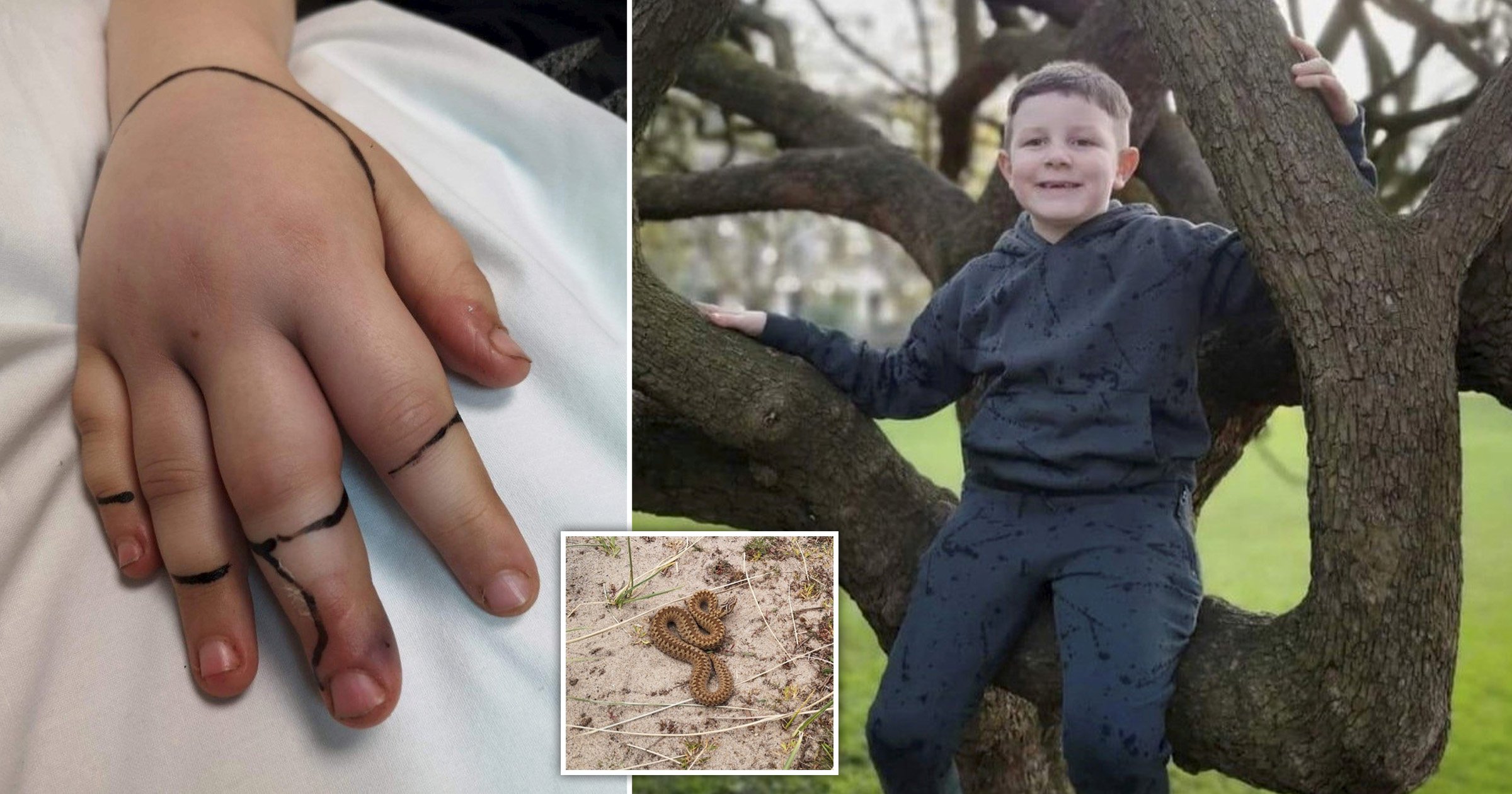 A schoolboy almost died after being bitten by an adder during a family trip to the beach.

Jake Closier, eight, was rushed to hospital after the attack caused his hand to swell ‘five times the normal size’ and left his parents, Kenny and Sophie, fearing it would ‘burst’.

The trio visited Hemsby Beach in Norfolk when the venomous snake pounced as Jake played in the sand dunes on Tuesday last week.

Sophie, 32, initially believed Jake had been bitten by a harmless grass snake.

But she realised something was wrong when his hand went ‘completely hard’.

‘Jake could have died from it. It was so scary,’ Sophie, from Camden Town, London, said.

He was in ‘the wrong place at the wrong time,’ she added.

‘By this time his hand had swelled to about five times the size of a normal hand, Sophie added.

‘We thought it was going to burst. The puncture wound was black. He was vomiting and sweating.’

The venom caused Jake’s veins to shrink but medics managed to treat him.

“He was on the anti-venom for an hour and then had to have a flush and was on hourly observations for his heart rate, breathing and circulation,’ Sophie recalled.

He also had to have regular ECG scans to monitor his heart and X-rays to ensure there were no remaining snake teeth embedded in his fingers.

Jake was placed under observation for 24 hours before being allowed to return home.

But he now suffers from ‘constant nightmares’ and is afraid to walk on grass after his ordeal.

Sophie decided to speak out in a bid to make others ‘aware of the threat’.

Adders are England’s only venomous snake and it is rare for them to bite, according to conservation charity, The Woodland Trust.

Sophie added: ‘There was still a danger he could have lost his fingers, hand or arm because he developed fluid retention in the tissue.

‘His was in so much pain after they tried to stop the poison getting to the heart. That took about four days to go.

‘We just want to warn people about adders when they are on sand dunes. Just look what can happen.’