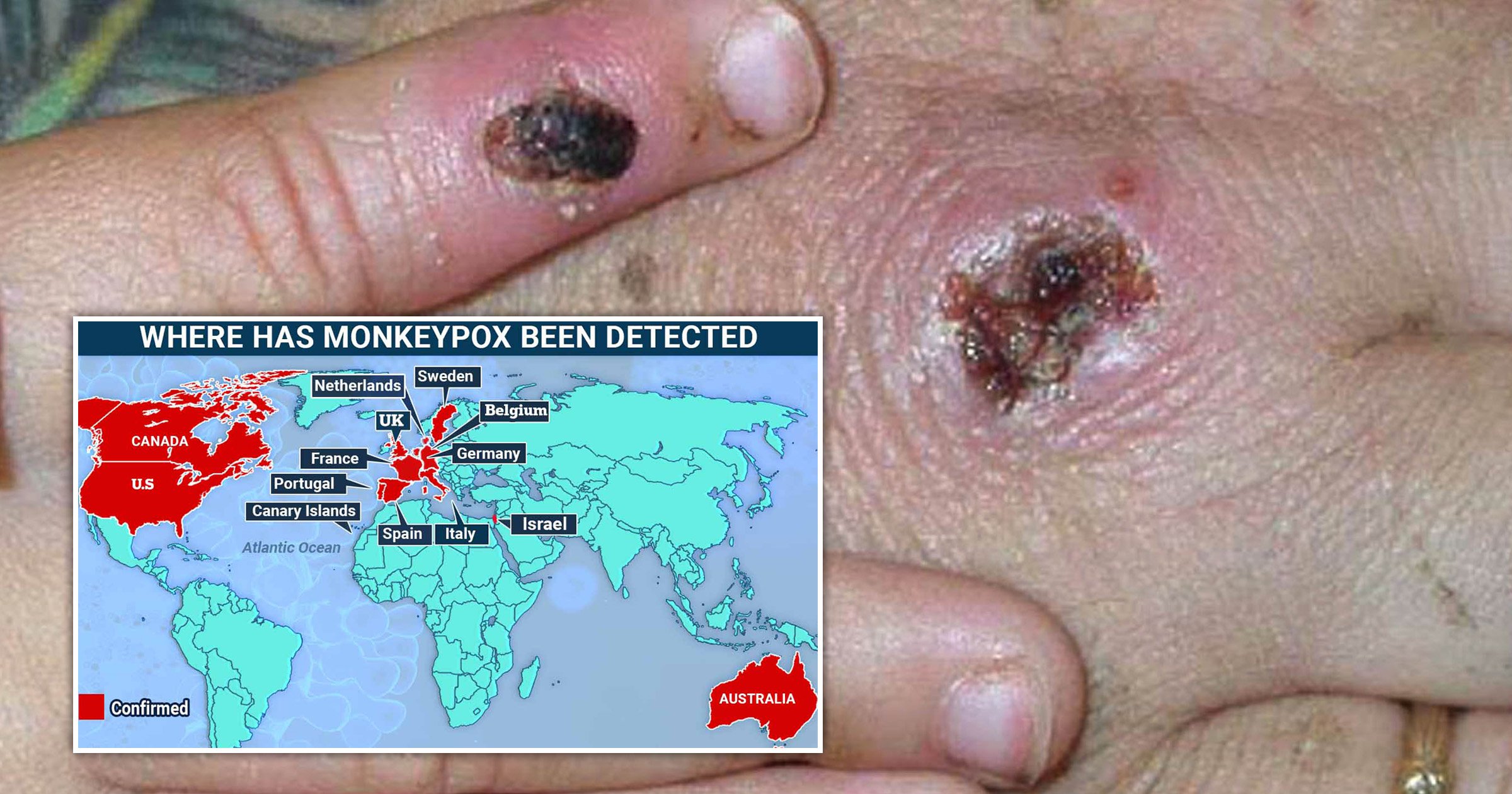 A child has been rushed to the intensive care unit of a London hospital after they were diagnosed with monkeypox, reports say.

Sajid Javid confirmed on Friday that another 11 Brits had tested positive for the smallpox-related disease, taking the total to 20 since May 6.

The health secretary said: ‘Most cases are mild and I can confirm we have procured further doses of vaccines that are effective against monkeypox.’

No further details about the new patients have been released but according to the Sunday Telegraph, a young child is among those currently being treated.

According to a resurfaced warning from 2019, the rare viral infection may ‘fill the ecological niche’ left behind by smallpox.

Their paper, published in 2020, warned that fewer than one in three people are now protected against smallpox, and by association, monkeypox.

Globally, the number of confirmed and suspected cases of the virus has reached 145 in 13 countries, Dr Muge Cevik from the University of St Andrews said on Twitter.

The infectious disease expert stressed this is ‘the biggest outbreak outside of Africa, and there will be more cases to come’.

UKHSA confirmed that a notable proportion of early cases detected have been in gay and bisexual men.

Dr Claire Dewsnap, president of the British Association for Sexual Health and HIV, is also worried about the rate the virus is spreading, adding she expects a ‘significant’ rise in infections in the next two to three weeks.

‘Our response is really critical here,’ she told Sky News. ‘There is going to be more diagnoses over the next week. How many is hard to say.

‘What worries me the most is there are infections across Europe, so this has already spread.

‘It’s already circulating in the general population. Getting on top of all those people’s contacts is a massive job.’

Dr Dewsnap added she was concerned about the impact on other infections as staff are diverted to deal with monkeypox, when the ‘public health budget has decreased significantly over the last 10 years’.

Cases of monkeypox have also been confirmed in Spain, Switzerland, the Netherlands, Germany, Portugal, Italy, Sweden, France, Belgium, the US, Canada and Australia.