A young Rishi Sunak admitted he has ‘no working class friends’ in a cringe-worthy clip being shared online.

The video has resurfaced just as the former chancellor puts his hat in the ring to become the next Tory leader, and the next Prime Minister.

It has been taken from a 2001 documentary which was aired on the BBC titled Middle Classes: The Rise & Sprawl.

Mr Sunak’s parents were interviewed as part of the series and asked why they sent him to £46,000 a year independent boarding school Winchester College.

‘But I mix and match and I go to see kids from an inner city state school and tell them to apply to Oxford and talk to them about people like me.

‘And then I shock them at the end of challenging them for half an hour and tell them I was at Winchester, and my best friend is from Eton or whatever, and then they’re like, “oh okay”.’ 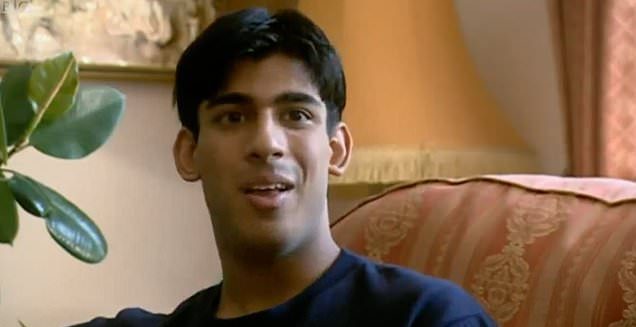 Mr Sunak continues: ‘I am very lucky to have been at these places, it does put me in an elite in society.

‘I always consider myself professional middle class, I don’t think being Asian is a defining feature.’

Mr Sunak, who described himself as ‘middle class’, went on to study at Oxford University before working at Goldman Sachs.

The clip didn’t go down so well on social media, with one person writing: ‘No understanding of reality.

‘How is this man going to deal with the #torycostoflivingcrisis when he doesn’t have a clue!’

Another said: ‘Imagine having no working class friends. Unreal. I dunno why but I stupidly assumed that they at least knew normal people.’