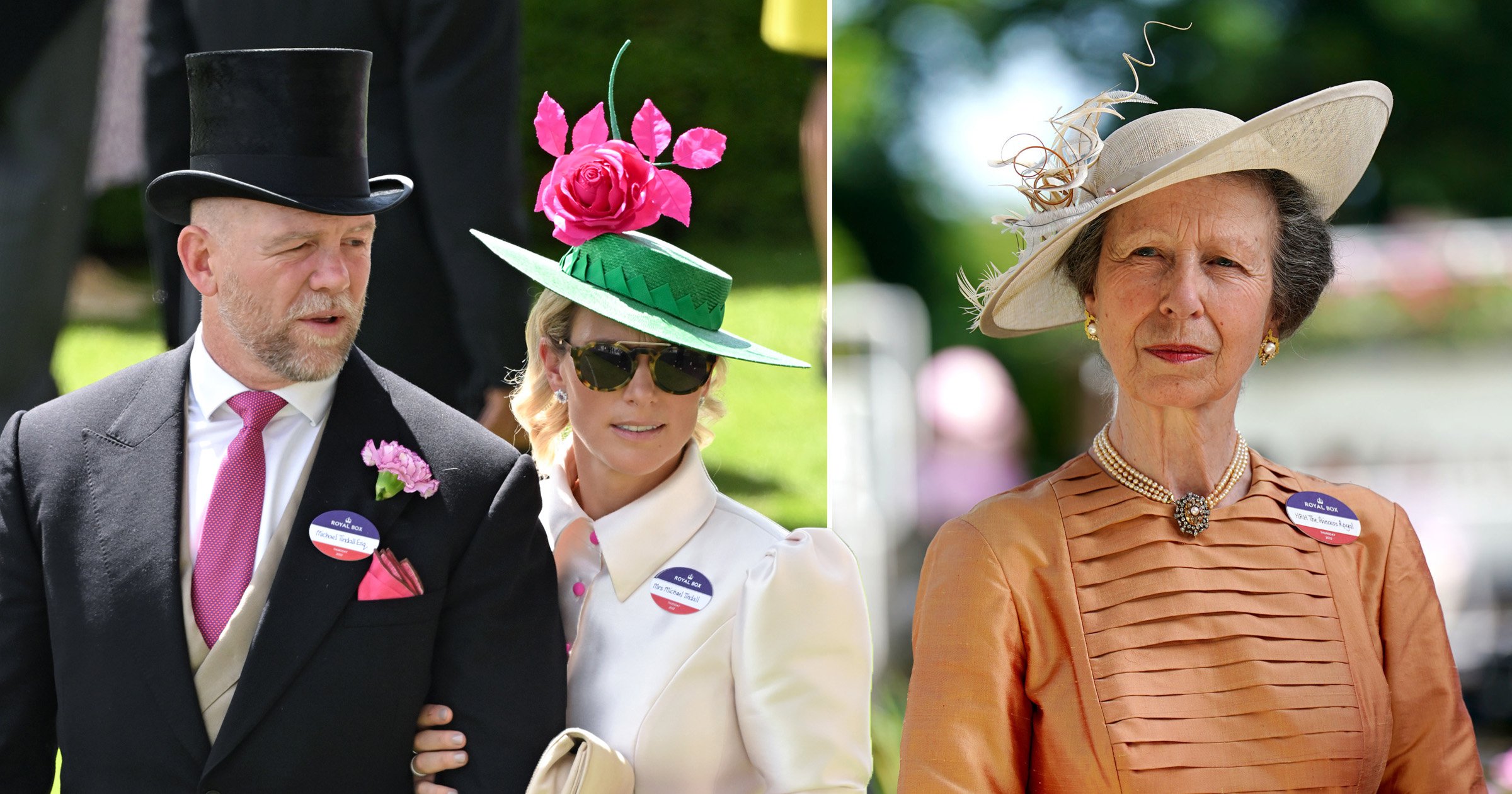 Zara and Mike Tindall led the royals at Ascot as racegoers came out in force for Ladies Day.

They took part in the traditional carriage procession, accompanied by Princess Anne and her husband, Vice Admiral Sir Tim Laurence, as the Queen once again stayed home.

Female punters dressed to impress, with colourful, creative and wacky hat designs on display on what was the hottest day of the year so far.

Zara was photographed enjoying a laugh with members of the royal family when they stepped from the carriages in the parade ring, and met up with the Countess of Wessex who joined the group.

Among the famous faces was TV judge Rob Rinder, who said: ’It’s so nice to be around each other post-lockdown. You can feel the joy. And draw in the Royal Family, it’s a mix of the delightful and really unique British eccentricity.’

Thursday was Ladies Day – when the focus is on women’s incredible outfits. 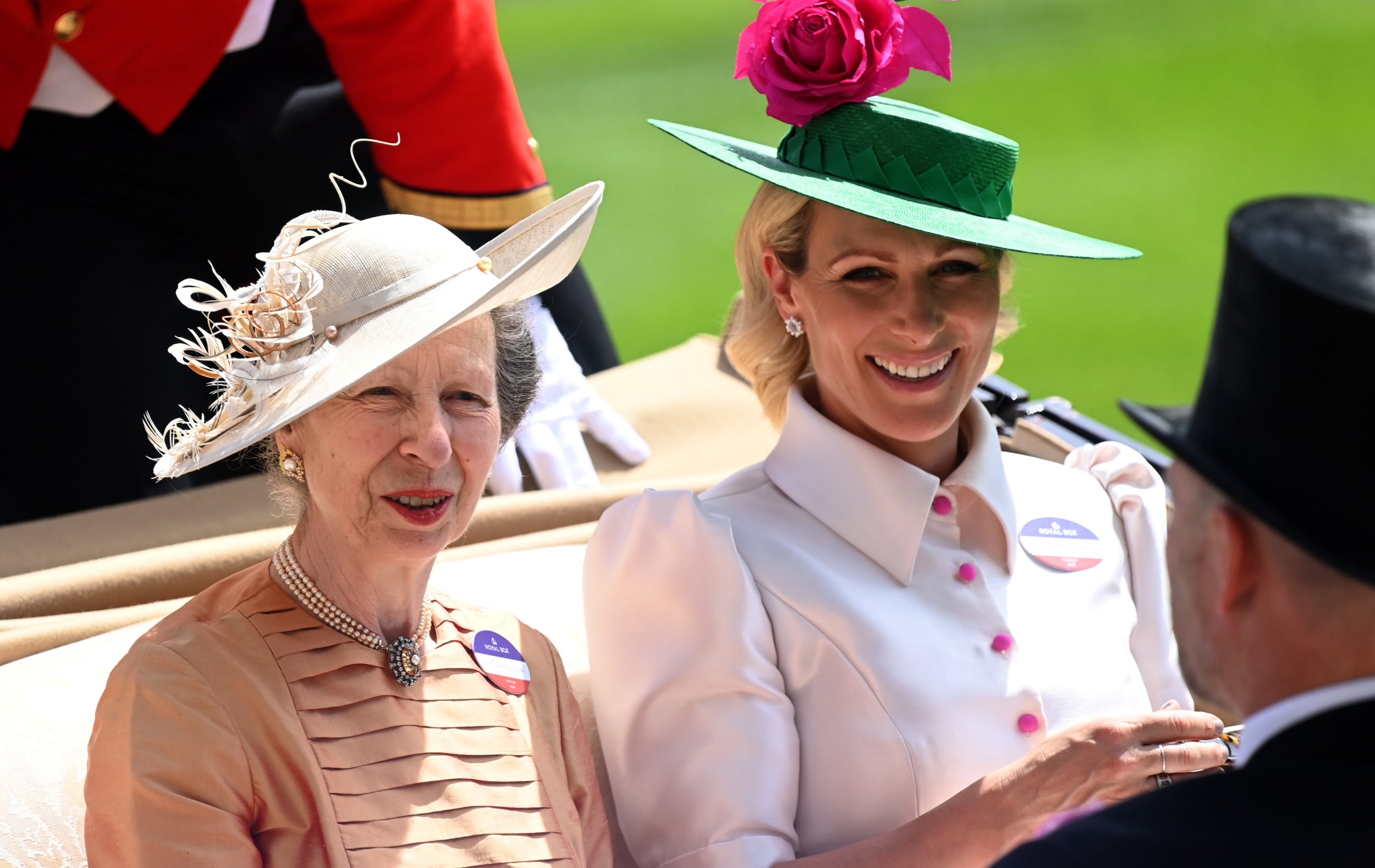 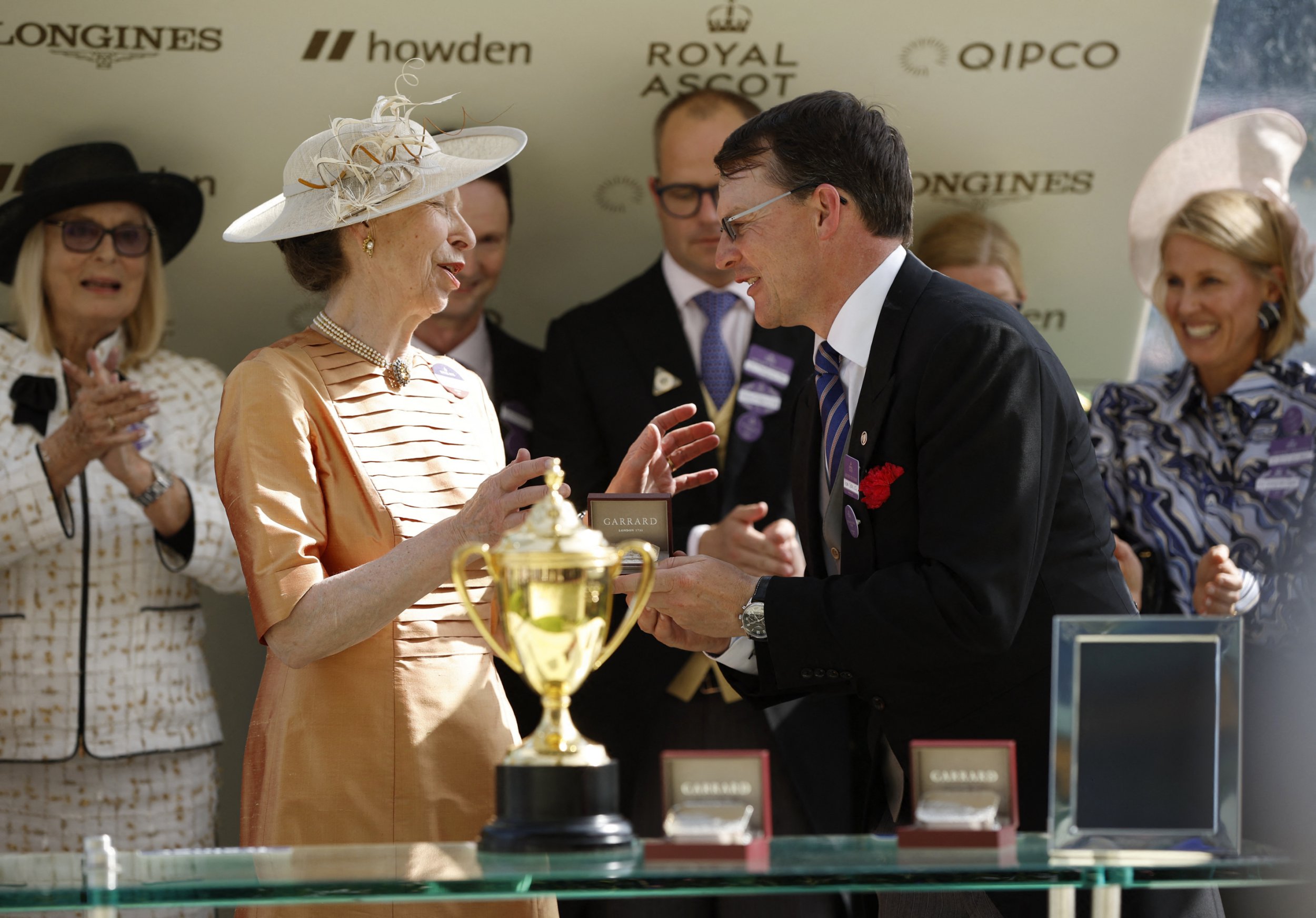 Yuan Li, a hat-maker from London, showed off her rainbow-coloured hat made from ostrich feathers of different hues in a tribute to Pride month.

She said: ‘This is a great day for us milliners. This is the place where your imagination can go free. There are no limits for us who work in fashion,” she said.

‘I think because Ascot attracts the royals it’s unique and it mixes something quintessentially British with the flamboyant nature of people, which is great.’

Another hat-maker, Viv Jenner, wore a hat made of pieces of hand-rolled cotton that came down over her face and made walking a little tricky.

‘It took me three weeks to make this, it’s all done by hand and I don’t think I will be doing this again,’ she said. 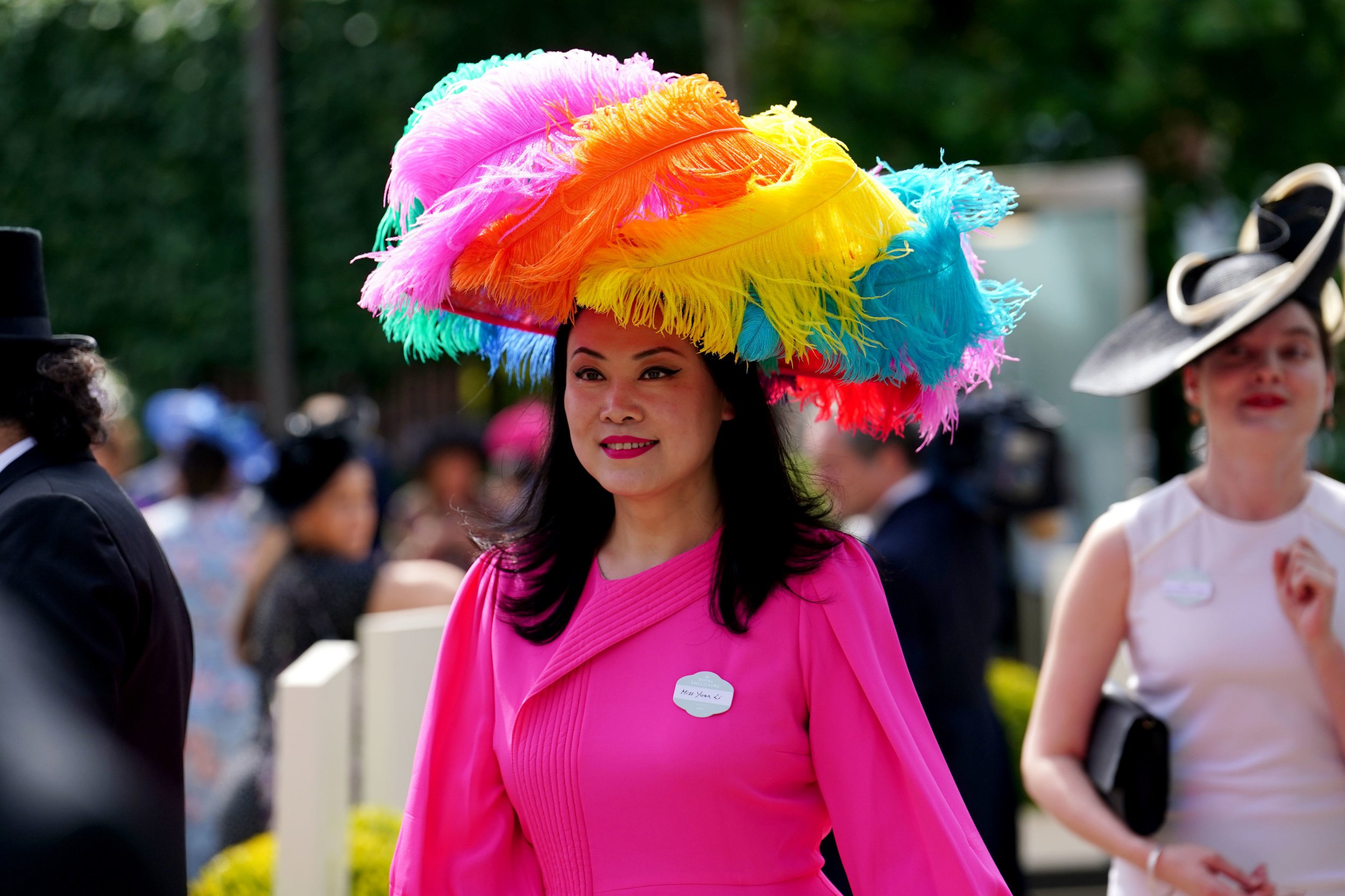 Thursday was also Gold Cup Day, which saw the Queen’s horse Reach For The Moon race in the Hampton Court Stakes, with jockey Frankie Dettori taking the reins.

Despite being the favourite to win, the horse was beaten into second place by winner Claymore which led from the start and pulled away from Dettori

Winning jockey Adam Kirby said afterwards: ‘It’s sad for the Queen, but Claymore has always been a proper horse.’

Although there are still two more days left of the Ascot it does not seem likely the Queen will make an appearance.

Her Majesty was supposed to lead the royal procession through the Berkshire course, before the races started, but it was revealed on the day that she would not make it.

Prince Charles and Camilla had to step up instead.