Zara Tindall clenches jaw as she stands by Queen's coffin

On Thursday, the Queen’s granddaughter braced herself for the wet weather and rode her gray horse, Classicals Euro Star. The daughter of the Princess Royal wore her traditional horse-riding uniform in white and navy, paired with a helmet.

Zara was seen in good spirits as she smiled while riding around the Osberton Estate in Nottinghamshire.

Despite the typically British weather interfering with her vision, the seasoned horse rider continued unfazed.

The equestrian event is held annually and is a highly celebrated event in the equestrian calendar with events such as dressage and show jumping as part of the schedule.

The event this year will conclude on October 2 and Zara is thought to be taking part in events over the new few days. 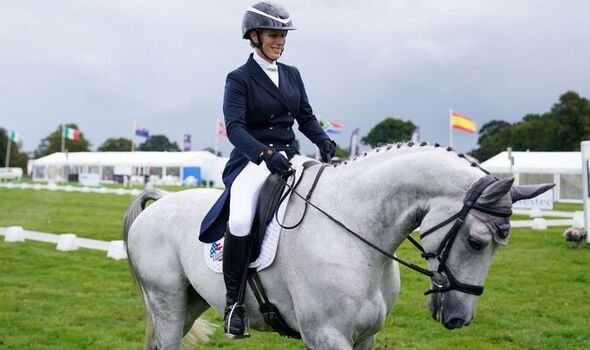 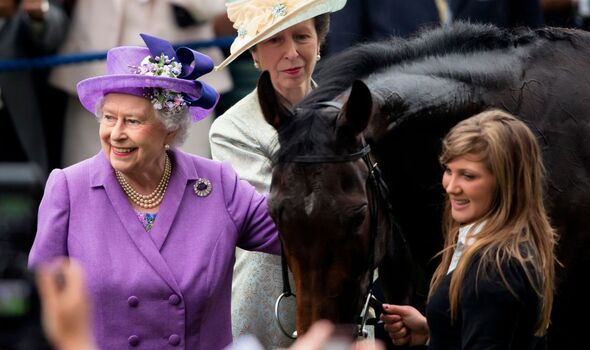 The Queen’s granddaughter is a successful Olympian like her mother Princess Anne and took home a silver medal in the London 2012 Olympics for the British Equestrian team.

On the House of Rugby podcast, Zara and her husband Mike Tindall discussed certain aspects of their private life and the Queen’s eldest daughter gave a small insight into her relationship with her grandmother.

“I always get the good look. We are okay, I think we are alright”, she said as she noted that as an adult, she was rarely on the receiving end of the Queen’s stern look. 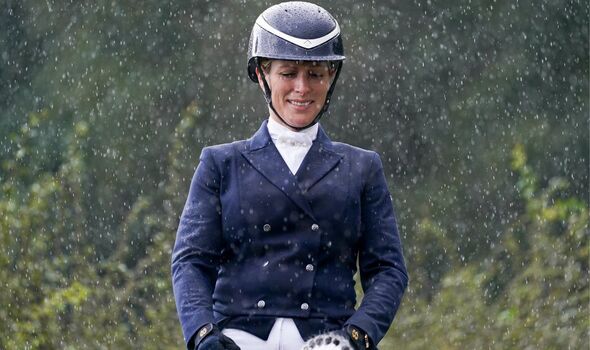 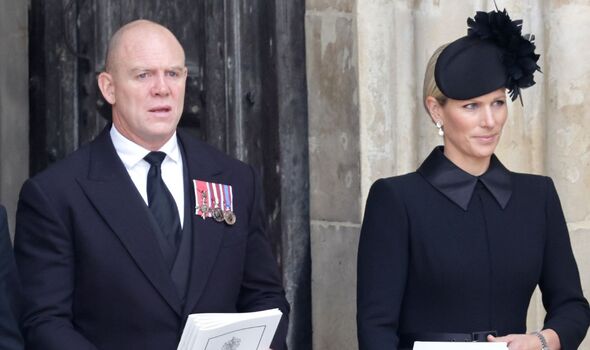 The Queen, her daughter the Princess Royal and Zara are well-known for their love and passion for horses in the Royal Family.

At a time when the sport is mourning its biggest supporter, Zara ensured that the monarchy was still at the heart of the sport.

Mike spoke on his podcast, ‘The Good, The Bad and The Rugby’ about being present as the Royal Family mourned the Queen’s loss.

He spoke of his wife and the close bond that was shared between herself, her mother and her grandmother. 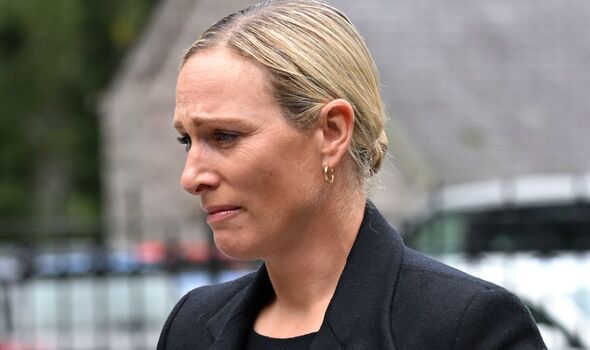 He told the listeners: “I’m not even a direct family member…but watching what my wife, what Zara had to go through, obviously she loved the Queen beyond everything else.

“Their connection with horses, the same with the Princess Royal, they had a real sort of bond around that.”

As part of the Queen’s final journey to St George’s chapel, her adored fell pony Carlton Lima Emma stood on the grounds of Windsor as the coffin went past.