Zara, the eldest of the Queen’s grandchildren, has said she hates the idea of Mia, five, and 14-month-old Lena ever getting any body art in an honest and candid interview. Though she told Saga Magazine her tongue piercing would make it hard or her to contest any tattoos should the girls get them done when they are old enough. Referring to her husband Mike first, she said: “He absolutely hasn’t got a tattoo. I’d also rather one of my daughters came home with a piercing than a tattoo because at least a stud can be removed.

“I wouldn’t have a leg to stand on if they did though.”

Zara, 38, and 40-year-old Mike have a reputation for being two of the most down-to-earth among the Royal Family.

The couple live in Gloucestershire with their two children and mother-of-two Zara juggles her equestrian career while bringing up their girls with ruby-player Mike.

Recently, a touching collection of photos showed Mike playing a joke on the Queen at Ascot races. 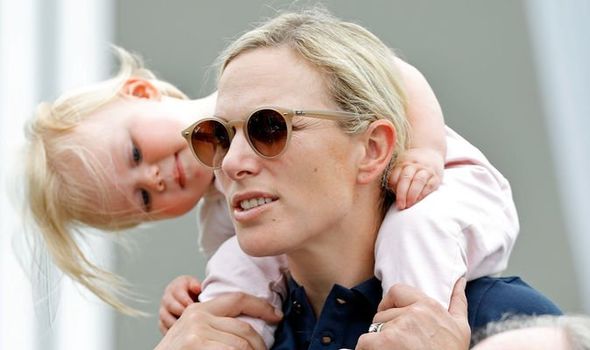 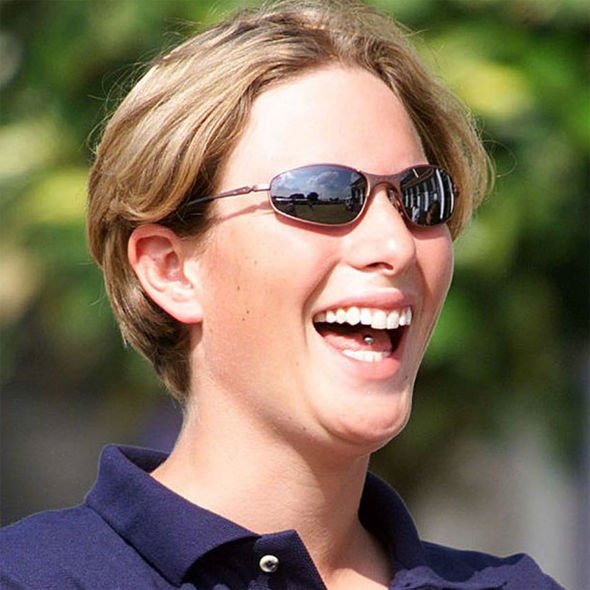 He pretended to have something hidden under his top hat, which made the 93-year-old chuckle. It turned out to be a mini top hat underneath.

Reminiscing the moment, Zara said: “His hat trick made my granny laugh.

“We’d been given little top hats with chocolates in them at lunchtime. Mike wanted to bring his home for our daughter Mia but had nowhere to keep it. So he put it on his head, inside his own top hat.

“I don’t know what inspired him to reveal it in front of Granny but it certainly made her smile. He’s not usually a practical joker.” 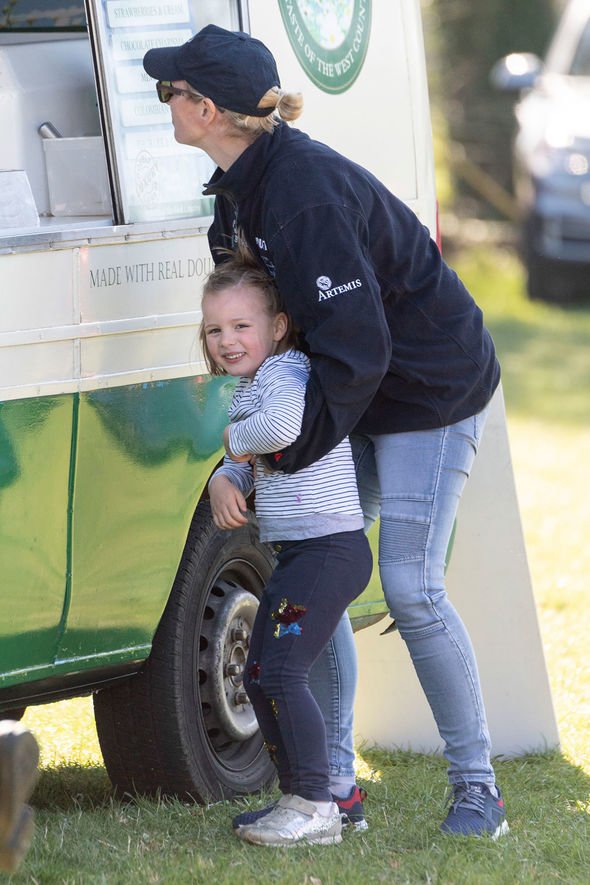 Zara has recently returned to the saddle to try and win a place in next year’s Team GB at the 2020 Olympics in Tokyo.

She said: “I’ve found it easier to come back after Lena’s birth. My body was in shock when Mia was born – once you have been really, really fit it takes you by surprise when you lose it.

“I had to work out how to get it all back again.

“Unfortunately for women, everything changes after they have had children – you can get away with a lot more when you are younger.

Zara and Mike Tindall: Why wedding was different to other royals 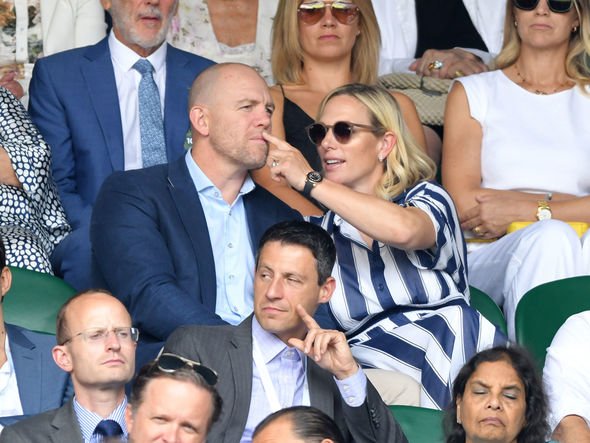 “Fitness is the key to everything because if you aren’t strong enough on a horse it will affect your confidence. Between now and the season end in October, I will be making sure I am as physically ready as possible to get a ride at the Tokyo games.”

Zara recently stunned guests at karaoke when she was filmed singing Paul Simon’s 1980s classic hit Call Me Al at a charity event.

She belted out the popular song at the star-studded Celebrity Cup charity golf tournament and even showed off her dancing skills too in front of husband Mike.

Unlike the Queen’s other granddaughters, Beatrice and Eugenie, Zara does’t have a “princess” title.

The Queen offered titles to Princess Anne’s children in a bid to equalise things, however, this was refused by her daughter.

Speaking to The Times in 2015, Zara said: “I’m very lucky that both my parents decided to not use the title and we grew up and did all the things that gave us the opportunity to do.”

She told HELLO! that she was able to be more creative than her cousin Prince William, who is second-in-line to the British throne after Prince Charles.

Zara added: “We were able to be more adventurous than say, William.”