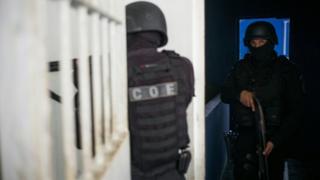 Fighting at a prison in northern Brazil has left 15 inmates dead, according to local officials.

The clashes reportedly broke out on Sunday during visiting hours at Anísio Jobim Penitentiary Complex, in Manaus.

Some of the victims were stabbed with sharpened toothbrushes in front of visitors, whilst others were strangled to death.

Officials say the violence has been contained and an investigation has begun into the cause of the struggle.

“It was total chaos,” the mother of an inmate – who did not wish to be named – told the Rio Times.

“Everyone started to run, and everyone was pounding on the cell gates, at the doors, and running down the aisles”.

It comes only two years after infighting killed 56 at the same jail, one of the deadliest riots ever in a Brazilian prison.

Brazil has the world’s third-largest prison population – 712,305 inmates in April this year, according to official figures.

The population is nearly double the capacity of Brazil’s prisons. This has led to severe overcrowding, fuelling gang violence, riots and sometimes breakout attempts.

Around 92 inmates also escaped last September after heavily armed men set off explosives outside a prison and shot their way inside, killing a policeman.

Attempts to reform the prison system and to introduce tighter controls have met with resistance from powerful criminal gangs which operate both inside and outside of jails. 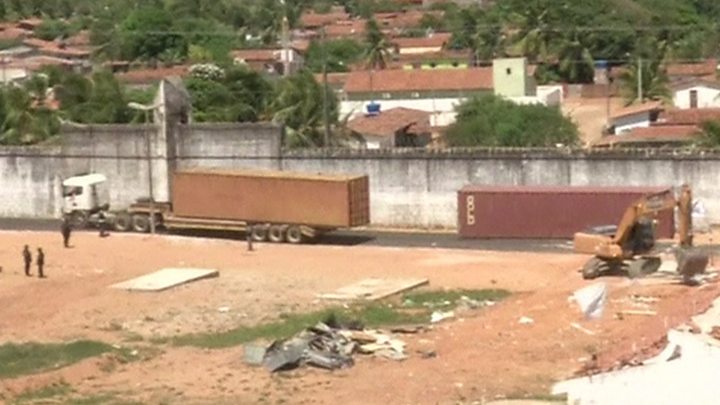 Earlier this year, gangs launched around 80 attacks on public buildings, banks, buses and petrol stations – many of them believed to have been carried out in retaliation for the proposed reforms.