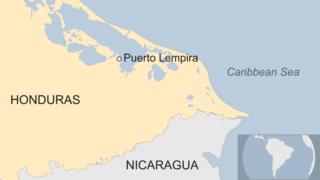 At least 26 people have died after a fishing boat capsized off the coast of Honduras, officials say.

Another 47 people were rescued from the vessel, which sank off the country’s eastern Mosquitia region on the Caribbean coast.

The 70-tonne boat was packed with fisherman after the government lifted a seasonal ban on fishing for lobster.

It is not clear what caused the accident and an investigation has been launched.

The captain of the boat sent out an SOS signal but died shortly after, local media report.

Jose Meza, a spokesman for the armed forces, told AFP news agency that the bodies and survivors would be taken to the nearby city of Puerto Lempira.

He said that shortly before the accident on Wednesday another boat – which had also been overcrowded – had sunk in the same area.

At least 40 people were rescued in that case and no deaths were reported.