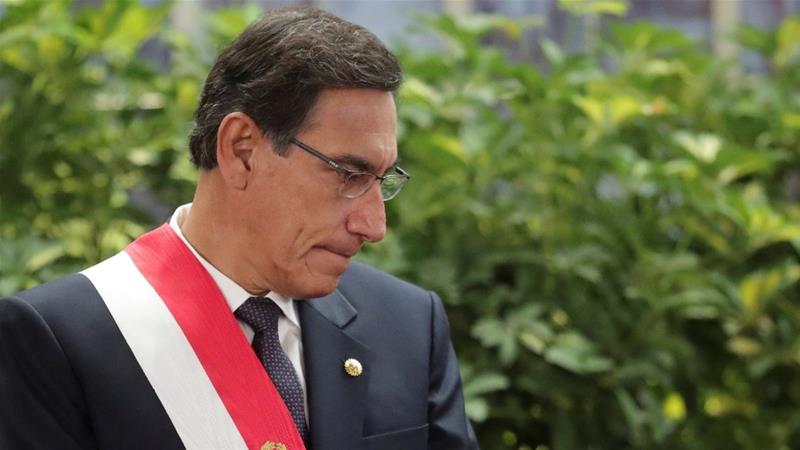 Peru’s top court has rejected the government’s attempt to block impeachment proceedings against President Martin Vizcarra, who is accused of interfering in a corruption probe.

The Constitutional Court ruled by five votes to two on Thursday that an impeachment vote can go ahead in the country’s Congress on Friday.

Congress voted last week to open impeachment proceedings against Vizcarra for “moral incapacity” over accusations he incited aides to lie to anti-corruption investigators.

Viscarra’s government had sought the court injunction on the grounds that Congress was not competent to rule on the president’s moral capacity.

But the court rejected that motion, which means Vizcarra or his lawyer must face Congress on Friday, where he has no party representation.

The case comes as Peru faces an economic recession and one of the world’s worst outbreaks of the novel coronavirus.

Vizcarra has been accused of trying to obstruct an investigation into nearly $50,000 in government contracts handed to a little-known singer named Richard Cisneros, also known as “Richard Swing”.

The president has rejected the claims as “without any foundation”.

Vizcarra, who has been in power since 2018, also said he will not resign amid the impeachment proceedings, which passed with 65 votes in favour, 36 against and 24 abstentions.

On September 12, the homes of several government officials in Lima, the Peruvian capital, were raided as part of the investigation into the allegations against the president. Fourteen people are under investigation in the probe, news agencies reported at the time.

While the Congress vote on impeachment is expected to go ahead on Friday, the Constitutional Court on Thursday admitted another lawsuit filed by Vizcarra to determine whether Congress exceeded its powers by seeking to impeach him.

That process could take up to two months to reach a conclusion.