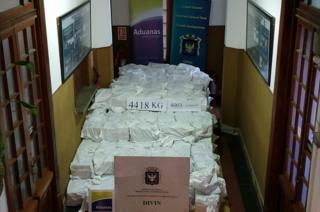 Uruguay’s authorities say they have seized a record haul of 4.4 tonnes of cocaine, calling it the biggest setback for drug traffickers in the country’s history.

The cocaine was confiscated in a joint operation between navy and customs officers in the port of Montevideo.

It had been hidden in four soy flour containers destined for Lome, the capital of Togo.

The drugs had a street value of about $1bn (£765m), according to officials.

Uruguay is increasingly being used as a transit point to move drugs from Latin America to Africa and Europe. The country’s previous record haul was in November, when authorities uncovered a container with three tonnes of cocaine, also in Montevideo, bound for Cotonou in Benin via the Spanish island of Tenerife.

The 4.4 tonnes found recently came to light when scanners at Montevideo’s port showed “anomalies” in the containers, officials said.

Navy spokesman Diego Perona told journalists that the first container was found to contain more than 3,000 “bricks” of cocaine each weighing 1.1kg (2.4lb). The containers were due to be loaded on to an Italian-registered ship, local media reported.

Uruguay’s customs director Jaime Borgiani said it was not known exactly where the cocaine had originated but that it was loaded on to trucks on Tuesday at a ranch in the south-western Soriano department, 290km (180 miles) from Montevideo.

On Twitter, the interior ministry said police had raided the ranch and arrested the owner and his son. A quantity of unspecified drugs was also confiscated, it added.

“The important thing is to show the world and drug traffickers that you don’t mess around with Uruguayan customs,” Mr Borgiani said. “We’ve taken the necessary steps to rid the country of this scourge.” 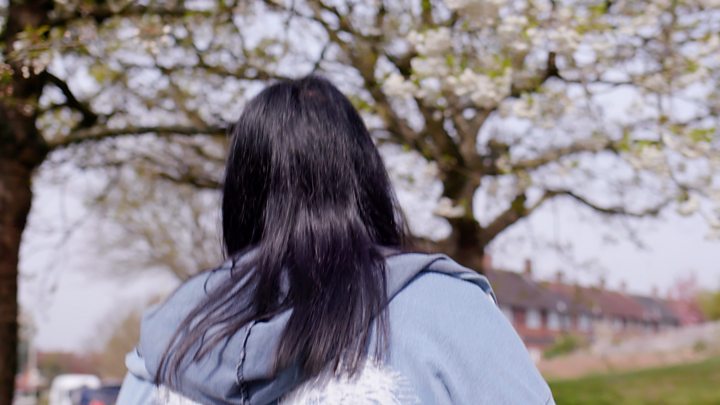