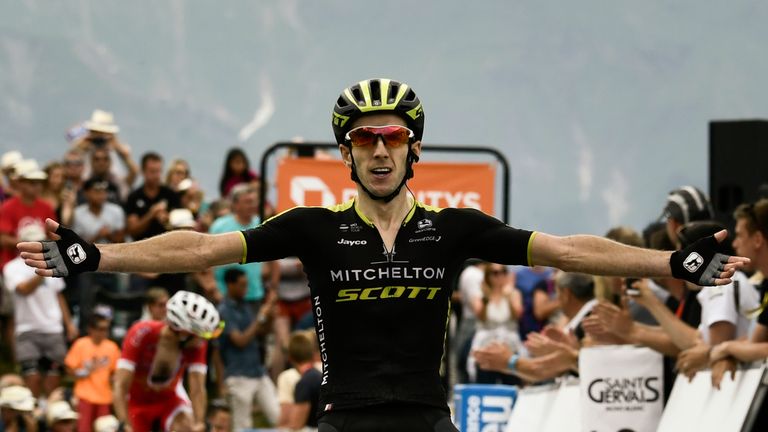 Adam Yates put down another marker for the Grand Tours to come later this year with a thrilling victory on stage three of the Volta a Catalunya on Tuesday.

Yates was part of a five-man break which made it to the top of the Vallter 2000 climb and his late attack proved too much for Team Sky’s Egan Bernal and Movistar’s Nairo Quintana.

Yates bided his time in closing up on Bernal and Quintana and caught them when their pace dropped a little, the trio also being joined by Dan Martin (UAE-Team Emirates) and Astana’s Miguel Angel Lopez.

Both of those riders made attempts to break clear of the remaining group but it was Yates whose attack proved the strongest and came at the right time as the quintet had come within sight of the finish.