Ropero To Buy Frontline Education From Thoma Bravo For About $3.72 Bln Cash

Thoma Bravo, a privately held software investment firm, said on Tuesday that it has inked a deal to sell Frontline Education, to Roper Technologies, Inc. (ROP), for around $3.725 billion in cash.

The divestment is expected to be closed in the fourth quarter.

Brian Jaffee, a Partner at Thoma Bravo, said: “Thoma Bravo’s investment in Frontline is another clear example of our deep expertise across education, software and strategic M&A to accelerate growth and drive positive impacts – in this case promoting highly efficient and effective K-12 district operations.”

Frontline Education is a provider of school administration software, connecting solutions for human capital management, student and special programs, and others to support educators.

Chain store closures at the lowest level for seven years 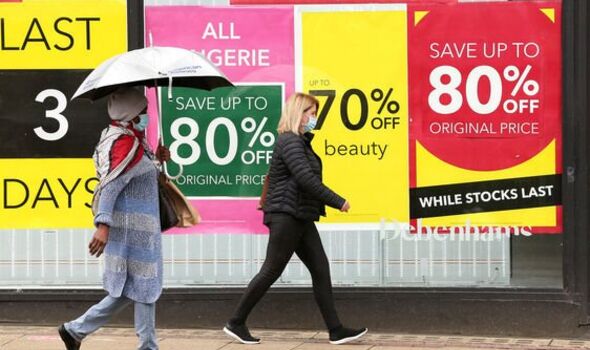 Some 6,000 nonindependent stores closed in the first six months of 2022.

That is a third less than the first half of last year and the lowest level for seven years, accountancy firm PwC said. However, shop openings are still below pre-pandemic levels.

It warned that inflation remained a danger.

Kien Tan, director of retail strategy for PwC, said: “The good news is there are more people out shopping and eating. The bad news is inflation hangs over us. So there could be more closures to come.”

While more than 1,000 clothing shops shut in the first half of last year, this time it is betting shops, banks and charity stores that are declining.

Ukraine says it has reclaimed four villages in the Russian occupied Kherson region after weeks of counter-offensive against Russian forces in the south.

Ukraine’s presidential adviser Oleksiy Arestovych said the country’s forces have broken through Russian defenses in many areas of the frontline.

“This process will not be very fast, but will end with the installation of the Ukrainian flag over all the settlements of Ukraine,” Arestovych said in a statement posted on his Telegram account Monday.

In his routine television address to the nation on the same day, Ukrainian President Volodymyr Zelenskyy vowed to “chase” Russian troops to the border.

“The occupiers must know: we will chase them to the border. To our border, which line has not been changed,” he said.

Meanwhile, a team of inspectors from the International Atomic Energy Agency (IAEA) have arrived in Ukrainian capital Kiev ahead of their planned visit to he Zaporizhzhya Nuclear Power Plant, which has constantly been under attack by Russian forces.

For fiscal 2023, the company now projects comparable sales to decline around th3 11 percent range, compared to the prior forecast for a decline of 3 to 6 percent.

The company also projects comparable sales for the third quarter to decline slightly more than the 12.1 percent decline reported for the second quarter.

The company also announced that its board of directors has authorized the payment of a regular quarterly cash dividend of $0.88 per common share, payable on October 11, 2022, to shareholders of record as of the close of business on September 20, 2022.

Nikola Corp. (NKLA), a manufacturer of zero-emission battery-electric and hydrogen-electric vehicles, announced that it commenced an exchange offer on Monday to purchase Romeo Power, Inc. (RMO) through a wholly-owned subsidiary.

It was on August 1 that Nikola and Romeo jointly announced their definitive agreement for around $144 million all-stock transaction.

Under the deal terms, Romeo stockholders will receive 0.1186 of a share of Nikola common stock for each Romeo share. This represents an approximate 4.5 percent pro forma ownership of Nikola.

The offer will expire at midnight, Eastern Time, at the end of September 26.

The transaction is expected to be completed during the fourth quarter of 2022, subject to majority of stock in tender, and customary closing conditions, including regulatory approval.

Upon the successful completion of the offer, Nikola’s new unit will be merged into Romeo. Any remaining shares of Romeo common stock that were not tendered in the exchange offer will be canceled and converted into the right to receive the same consideration as in the exchange offer.

In pre-market activity on the NYSE, Romeo Power shares were gaining around 1.5 percent to trade at $0.68.

The U.S. government is urging its citizens in Ukraine to leave the country immediately.

U.S. citizens must depart Ukraine now using privately available ground transportation options if it is safe to do so, the U.S. Embassy in Ukrainian capital Kyiv said in a Security Alert issued on Tuesday.

The alert came in the wake of warning by the State Department that Russia is planning to launch fresh attacks on Ukraine as the country celebrates its Independence Day on Wednesday.

“The Department of State has information that Russia is stepping up efforts to launch strikes against Ukraine’s civilian infrastructure and government facilities in the coming days. Russian strikes in Ukraine pose a continued threat to civilians and civilian infrastructure,” the Embassy said in its latest update.

“The security situation throughout Ukraine is highly volatile and conditions may deteriorate without warning. U.S. citizens should remain vigilant and take appropriate steps to increase their security awareness,” it added.

Ukrainian President Volodymyr Zelensky has warned Russia of a “powerful response” if it attacks Ukraine.

Ukrainian government has banned public events to mark Ukraine’s independence from the Soviet Union 31 years ago, on August 24, 1991.

It also marks six months since Russia invaded the country.