ITV’s value has dropped by more than half this year to £2.5 billion, according to the Times. Its revenue has dropped by 42 per cent in the second quarter. The coronavirus pandemic has caused the economy to fall, taking marketing spending with it. 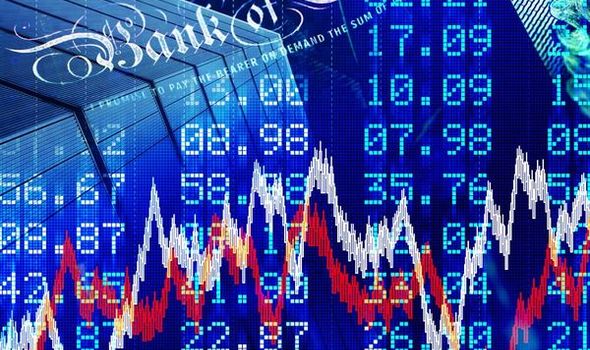 6.44am update: Trump promises tariffs on companies that leave US to create jobs overseas

Mr Trump said on Thursday that if he was re-elected, his administration would impose tariffs on any company that leaves the United States to create jobs elsewhere.

“We will impose tariffs on any company that leaves America to produce jobs overseas,” Trump said in his acceptance speech at the Republican National Convention.

“We’ll make sure our companies and jobs stay in our country, as I’ve already been doing.

Pakistan Stock Exchange will continue trading, although the government of southern Sindh province, which has Karachi as its capital, announced a holiday to tackle the what it called “disaster-like” situation. At least 15 people have been killed in rain-related accidents, Sohail Rajput, Karachi’s commissioner, said on phone.

Troops were deployed to rescue people from submerged parts of the city of 22 million, while television channels showed footage of flood waters gushing through the roads, streets and homes.

More nationwide rains are predicted on Friday, according to a statement byPakistan Meteorological Department on its website. The weather office recorded a total of 345 millimeters of rain in August so far, breaking the previous record of 298 millimeters in the month, the office of the Sindh chief minister said in a statement.

MOSCOW (REUTERS) – Russia reported 4,829 new cases of the novel coronavirus on Friday (Aug 28), bringing its nationwide tally to 980,405, the fourth-largest caseload in the world.

South Africa’s National Treasury says there are no additional resources available for government departments in the next three years.

Any additional allocations will have to be funded from reductions in other programs, either within the department’s budget, or from another department’s budget, according to the document presented by Edgar Sishi, the acting head of the budget office, to the National Economic Development and Labour Council this week, and seen by Bloomberg.

Additional tax measures will be announced in February, according to the presentation. Improvements in collections by the revenue service will help and research and analysis is being done on wealth taxes, it said.

A spokesperson for the National Treasury verified the document.

Wearing masks is not compulsory for cyclists in Paris, police say

PARIS (REUTERS) – Paris police department said on Friday (Aug 28) that people doing outdoor exercises and cyclists will not have to wear face masks outdoors after the authorities made masks mandatory everywhere in Paris from Aug 28.

The police department said in a statement that children under the age of 11 would also not have to wear face masks.

France made compulsory the wearing of masks in Paris in order to curb a surge in coronavirus infections.

BEIJING (REUTERS) – China said on Friday (Aug 28) the suspension of beef imports from an Australian firm is an individual case and has nothing to do with relations between the two countries.

Foreign Ministry spokesman Zhao Lijian made the comments at a daily news briefing in Beijing.

China has suspended imports of beef from Australian firm John Dee Warwick after it detected a banned substance in some of the company’s products.