Oil prices were subdued on Tuesday after rising more than 2 percent the previous day amid supply concerns, driven by lower OPEC output and a strike in Norway.

The focus returned to Fed tightening and a possible global slowdown after a survey showed business growth across the euro zone slowed further last month, partly due to inflationary pressures.

Signs of a flare-up in COVID-19 cases in China also added to global growth worries and offset signs of an easing in U.S.-Sino tensions.

Chinese authorities scrambled to contain fresh outbreaks, with cases reported from at least nine provinces as of Monday, weeks after the government brought Shanghai’s crippling early summer epidemic under control.

Elsewhere, Norwegian offshore workers began a strike today that is expected to reduce oil and gas output by as much as 130,000 barrels per day from Wednesday. Workers are demanding wage hikes to compensate for rising inflation.

The Norwegian Labor Ministry reiterated that it was following the conflict “closely” and would intervene if there are exceptional circumstances.

Gold prices were subdued on Tuesday as the dollar’s strength offset a retreat in U.S. Treasury yields.

The euro slumped to a two-decade low as the latest surge in European gas prices added to worries about a recession.

Investor morale across the 19-country euro zone plunged to its lowest level since May 2020, pointing toward an “inevitable” recession.

Central bank action remained in focus after the Reserve Bank of Australia raised its cash rate by 50 basis points to 1.35 percent, its third successive increase to combat inflation, and flagged more tightening ahead.

The Bank of England said in its latest biannual Financial Stability Report that the global economic outlook has “deteriorated materially” and that banks should ramp up capital buffers to ensure they can weather the storm.

The Fed releases the minutes of its latest policy-setting meeting on Wednesday while the minutes of the ECB’s previous policy meeting are due on Thursday.

The following are some of the stocks making big moves in Tuesday’s pre-market trading (as of 07.25 A.M. ET). 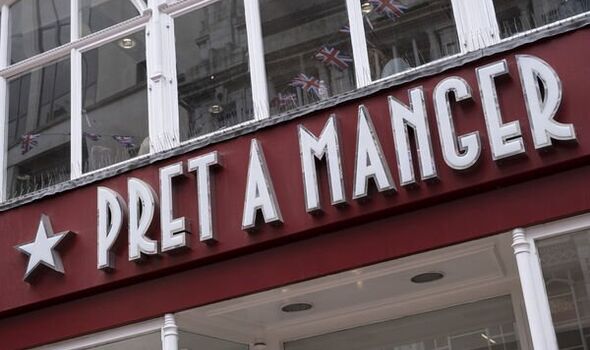 Work from-home advice and lockdowns during the pandemic hit the takeaway giant hard.

But it said it returned to profitability in March.

This week Pret launched a new affordable menu range to help people who are feeling the pinch with the cost-of-living crisis.

Eurozone investor confidence weakened notably to a 26-month low in July, raising fears of a recession, results of a closely-watched survey showed Monday.

The investor confidence index slid more-than-expected to -26.4 in July from -15.8 in June, the survey by the behavioral research institute Sentix revealed.

After improving sharply in June, the score was expected to fall moderately to -19.9. The latest reading was the lowest since May 2020.

“June did not really represent a stabilization,” Sentix said. “We were only in the eye of the storm.”

The agency said the current decline in situation scores justify the expectation that a recession is inevitable. The task now is to determine the depth of such a recession.

The former locomotive of the Eurozone economy is also sliding into an economic crisis, Sentix said. Germany’s investor confidence index declined notably to -24.2 in July from -12.8 in June.

The survey was conducted among 1,240 investors between June 30 and July 2.