The rupee depreciated 23 paise to 74.98 against the U.S. dollar in opening trade on July 24 tracking weak domestic equities and strengthening American currency.

The rupee opened on a weak note at 74.94 at the interbank forex market, then lost further ground and touched 74.98 against U.S. dollar, down 23 paise over its last close.

Meanwhile, the dollar index, which gauges the greenback’s strength against a basket of six currencies, rose 0.05% to 94.74.

Foreign institutional investors were net buyers in the capital market as they purchased shares worth ₹1,740.50 crore on July 23, according to provisional exchange data.

Patrice Caine, CEO, said: “The results of the first half of 2020 were heavily impacted by the Covid-19 pandemic. The decline in sales and profits was due both to the sharp contraction of the civil aeronautics market and to the impact of public health measures on production and project execution. The global adaptation plan that we launched very early on significantly reduced the impact of the crisis on our first-half financial statements. We expect this plan to save around 800 million euros over the full year.”

President Donald Trump was sued over this week’s executive order that seeks to exclude undocumented immigrants from being included in census data used to divide up seats inCongress.

Trump signed the order Tuesday that proclaimed that it’s “the policy of the United States to exclude from the apportionment base aliens who are not in a lawful immigration status.”

The non-profit activist group Common Cause was the first to the punch, filing a complaint late Thursday in federal court in Washington.

The policy “flouts the Constitution’s plain language, which states that ‘[r]epresentatives shall be apportioned among the several states according to their respective numbers, counting the whole number of persons in each state,’” according to the complaint.

Swiss elevator-maker Schindler Holding AG plans to eliminate 2,000 jobs as the global economic slump brought on by the coronavirus pandemic caused a double-digit slump in orders.

The cuts — equivalent to about 3% of its global workforce — will be chiefly among administrative functions and take place over the next two years, the company said on Friday.

“The Covid-19 pandemic negatively impacted every market around the globe, heavily affecting the construction sector,” it said. The strength of the Swiss currency added to the pain.

Revenue in francs tumbled 8.7% during the first half of the year, while order intake fell 12.1%. Schindler said the job cuts were needed to preserve competitiveness in light of the global crisis.

The United States gave China 72 hours to close its consulate in Houston amid accusations of spying, marking a dramatic deterioration in relations between the world’s two biggest economies.

For equity markets, the mood darkened after Beijing ordered the US to close its consulate in Chengdu in retaliation.

Chinese blue chips retreated 3.7% as a result, wiping out a week of gains. 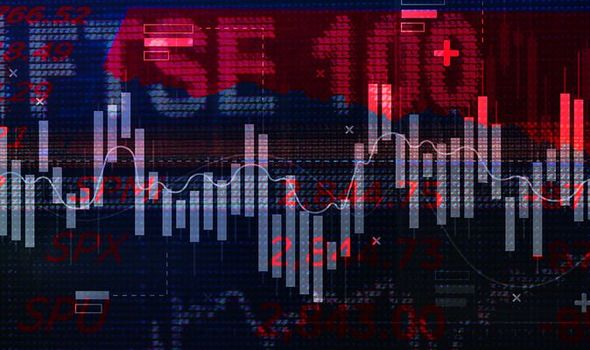