Assets under management of India-dedicated funds have slid 20 per cent in the year to November to $35.2 billion. 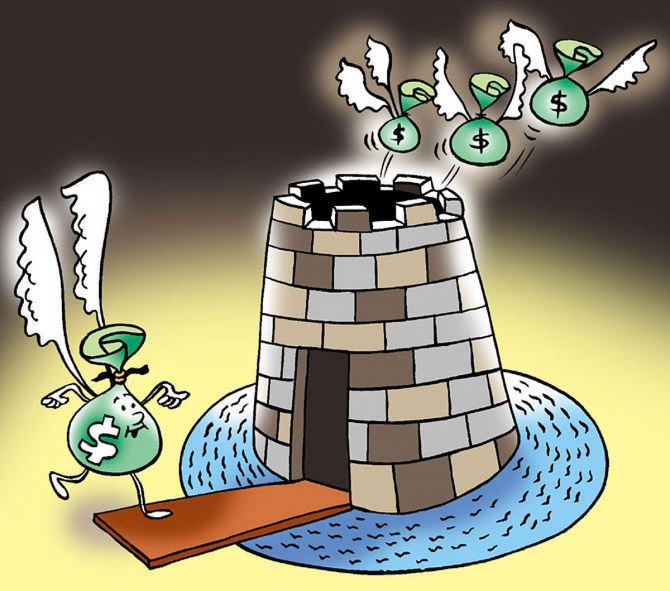 India-dedicated funds saw outflows to the tune of $317 million in November, taking total outflows in CY20 until then to $9.1 billion, the EPFR data compiled by Kotak Institutional Equities showed.

Global emerging market (GEM) funds saw inflows of $718 million, paring the CY20 outflows of such funds to about $1.9 billion.

Inflows from India-dedicated, GEM, and other categories of funds in November totalled $1.2 billion and $10.4 billion in CY20.

Assets under management (AUM) of India-dedicated funds have slid 20 per cent in the year to November to $35.2 billion.

It does not include investments from hedge funds, proprietary desks, and sovereign wealth funds, which are tracked by NSDL.

As 2020 draws to a close, it’s time to take a look back at some of the regulatory news that made headlines in December and look ahead at what’s in store for January 2021.

The month of December also witnessed a number of firsts on the regulatory front.

Quest Diagnostics’ RC COVID-19 +Flu RT-PCR Test, which was authorized by the U.S. regulatory agency on December 4, is the first diagnostic test for at home collection of patient samples to detect both COVID-19 and influenza A and B.

On December 15, the FDA issued an emergency use authorization for Ellume COVID-19 Home Test, which marks the first over-the-counter (OTC) fully at-home diagnostic test for COVID-19.

Now, let’s take a look at the biotech companies whose drugs are at the FDA altar awaiting a decision in January 2021.

Further, MAPFRE will sell its 25% holding in Rastreator and 50% holding in Preminen as part of the transaction.

The total transaction value, including the amount attributable to MAPFRE, is 508 million pounds plus a further amount that will accrue until the date of completion of the proposed deal. The proceeds to Admiral, net of minority interests and transaction costs, will be around 450 million pounds.

Admiral expects to return a majority of the net proceeds to shareholders, though will retain a portion to support investment in new business development over the coming years.

Further details will be provided after completion of the transaction, which is expected to close in the first half of 2021, subject to customary regulatory and competition authority approvals.

In the deal, Admiral was advised by Houlihan Lokey, Clifford Chance LLP and KPMG.

Zimbabwe Bans Use of Mercury in Mining, Herald Says

Zimbabwe banned the use of mercury in mining and has adopted regulatory measures for its release from industrial equipment, including boilers, incinerators and power plants, the Herald reported.

The southern African country has ratified the Minamata Convention — a global treaty to protect human health and the environment from the adverse effects of mercury, the state-run newspaper reported, citing Environment Minister Mangaliso Ndlovu.

Most small-scale gold miners use mercury for the processing of ore.

50 journalists killed in 2020, majority in countries not at war: Watchdog

PARIS (AFP) – Fifty journalists and media workers were killed in connection with their work in 2020, most of them in countries that are not at war, Reporters Without Borders said in its annual report published on Tuesday (Dec 29).

The figures show an increase in the “deliberate” targeting of reporters investigating organised crime, corruption or environmental issues, the watchdog said, highlighting murders in Mexico, India and Pakistan. More to come

The company’s lead product candidate D-PLEX100 is currently in a phase III trial for the prevention of surgical site infections (SSIs) in abdominal surgery, dubbed SHIELD I. The top-line results from this study are expected in the second half of 2021.

A second phase III trial of D-PLEX100 for the prevention of post-abdominal surgery incisional infections, dubbed SHIELD II, was initiated as recently as December 16.

As of September 30, 2020, the company had cash and cash equivalents, short-term deposits and long-term deposits in the amount of $71.8 million.

PolyPid made its debut on The Nasdaq Global Select Market on June 26, 2020, offering its shares at a price of $16 each and the 180 day lockup period expires on December 23.