Vesuvius plc (VSVS.L) said the Group now expects to report a trading profit or EBITA for the first half period of 127.4 million pounds. The Group said its trading for the months of May and June remained stronger than anticipated.

Looking forward, Vesuvius plc noted that its expectations for trading in the second half of the year, including a material drop in volume compared to first half and challenging cost inflation, remain broadly unchanged. As a result, Vesuvius now expects full year Group trading profit or EBITA to be towards the top end of the range of current analysts’ expectations.

AstraZeneca: Enhertu Gets Priority Review In The US

AstraZeneca and Daiichi Sankyo said the supplemental Biologics License Application of Enhertu have been granted priority review for the treatment of adult patients in the US with unresectable or metastatic HER2-low breast cancer who have received a prior therapy in the metastatic setting. The FDA action date for the regulatory decision is during the fourth quarter of 2022.

The companies noted that the Priority Review follows receipt of Breakthrough Therapy Designation in the US in April 2022 in metastatic HER2-low breast cancer.

Enhertu is being jointly developed and commercialised by AstraZeneca and Daiichi Sankyo.

Telefonica To Sell 45% Stake In Bluevia To Consortium For €1.02 Bln – Quick Facts

The companies have reached an agreement to set up Bluevia Fibra, S.L., a platform for the commercialization and deployment of a fibre network or FTTH in Spain, mainly in rural areas and with limited overlap with other networks.

The transaction is subject to obtaining the corresponding authorizations from the regulatory authorities and the closing is expected by the end of 2022.

Crown Prince, Inc. is recalling certain smoked baby clams in olive oil citing the presence of detectable levels of per- and polyfluoroalkyl substances or PFAS Chemicals, the U.S. Food and Drug Administration said.

The recall was initiated after the FDA testing found detectable levels of PFAS, which are a diverse group of human-made chemicals used in a wide range of consumer and industrial products.

PFAS do not easily break down and some types have been shown to accumulate in the environment and in human bodies.

The agency noted that the exposure to certain types of PFAS have been linked to serious health effects. These include increased cholesterol levels, increases in high-blood pressure, pre-eclampsia in pregnant women, developmental effects, decreases in immune response, changes in liver function, and increases in certain types of cancer, among others.

However, the company has not received any report of illnesses from the product to date.

Consumers are urged to return the recalled product to the place of purchase for a full refund.

Ryanair Turns To Profit In Q1

What’s on TV This Week: ‘Irma Vep’ and ‘Riverdale’

A mini-series from Olivier Assayas wraps up on HBO. And the long-running CW show based on the Archie comics ends its penultimate season. 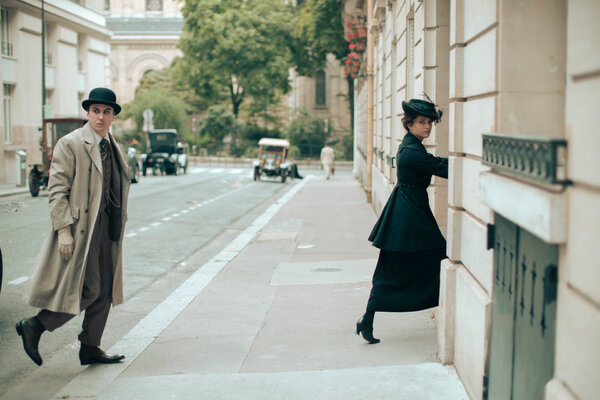 Beginning today, three all-new treats will be available for a limited time at participating shops across the United States.

The new doughnuts are inspired by summertime favorites from Good Humor and Popsicle.

Further, Vanilla King Cone Inspired Doughnut is filled with vanilla custard Kreme, dipped in chocolate icing, and topped with a blend of sugar cone pieces and chopped peanuts with a drizzle of chocolate icing.

Creamsicle Inspired Doughnut is filled with vanilla custard Kreme, with icing inspired by Creamsicle and topped with a drizzle of white icing and mini sprinkles.

The company also offers Creamsicle Inspired Chiller, a Creamsicle inspired frozen beverage made with a creamy frappe base & orange flavoring.

Dave Skena, Global Chief Brand Officer for Krispy Kreme, said, “Should a doughnut really taste like a Creamsicle? Yes. Yes it should. And we didn’t stop there as we doughnutized some of America’s favorite frozen treats this summer.”