Few things are more exciting than a game-winning play with no time left on the clock.

Even fewer things are more exciting than a game-winning buzzer-beater in March Madness.

We got another fantastic shot for the buzzer-beater pantheon Saturday night as freshman Jalen Suggs sent unbeaten Gonzaga to the men's national championship game with his deep 3-pointer as time expired against No. 11 UCLA.

The shot, which moves the Bulldogs' one step closer to becoming the first undefeated men's basketball team since Indiana in 1976, was a thrilling end to a thrilling game. But how does it compare to buzzer-beaters of the past?

Let's take a trip down memory lane and relive some of the most exciting moments in men's NCAA Tournament history: 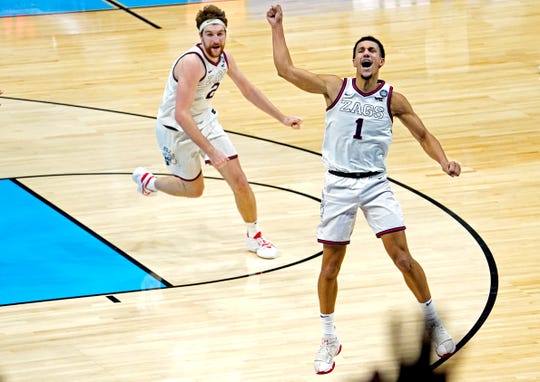 The process of getting Carson Wentz back to playing like himself again, to playing the way the Colts believe he can, is only beginning.

Wentz has the fresh start he wanted, working with his close friend and mentor Frank Reich, playing on a Colts team that has the offensive line, roster in place and infrastructure Philadelphia could no longer provide.

Fixing a lot of the problems surrounding Wentz is going to go a long way toward getting him back to the level the Colts believe he can reach — the quarterback who threw 81 touchdown passes and just 21 interceptions from 2017-19.

But Wentz is also going to have to erase some bad habits that snowballed because of the imperfect conditions around him. 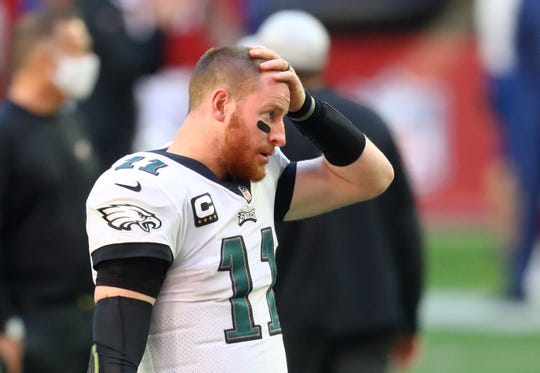 Charles Barkley calls out politicians for stoking racial tensions: ‘They divide and conquer’

Hall of Famer Charles Barkley is known for his outspoken opinions, whether it's about basketball or politics. During CBS's broadcast of the Final Four on Saturday, he fired off a stinging critique of American politics, accusing lawmakers on both sides of the aisle or trying to "make the whites and Blacks not like each other" so they can stay in power.

His comments came after a pregame feature about Sen. Robert F. Kennedy's 1968 appearance in Indianapolis — site of this year's Final Four — in which he informed the crowd that Dr. Martin Luther King Jr. had been assassinated. When asked for his reaction, Barkley placed much of the blame for racial tensions in the United States at the feet of politicians.

"I think most white people and Black people are great people. I really believe that in my heart," Barkley said. "But I think our system is set up where our politicians, whether they are Republicans or Democrats, are designed to make us not like each other so they can keep their grasp of money and power. They divide and conquer." 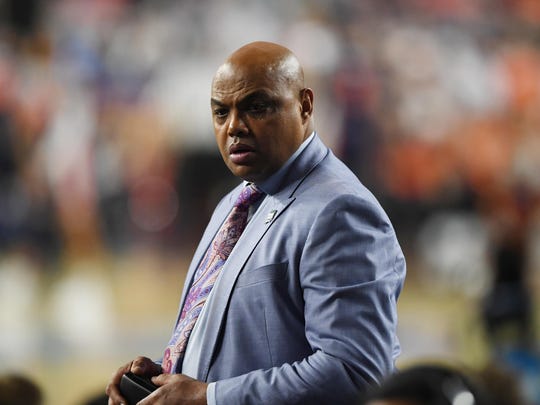 Final Four: Gonzaga coach Mark Few on Jalen Suggs’ wild game-winner: ‘I knew when he shot it, it was going in’

INDIANAPOLIS — Gonzaga point guard Jalen Suggs waited until after the pinnacle of the Bulldogs’ historic season to act his age.

A smiling and beaming Suggs couldn’t help but relive his buzzer-beating three-pointer in the most 19-year-old, awestruck way possible.

Suggs was asked by reporters in the postgame news conference about his heroics in the Final Four on Saturday — which led to a 93-90 overtime victory over UCLA to send the undefeated Zags to the national championship game.

“That’s something that you practice on a mini hoop as a kid or in (the) gym,” Suggs said. “To be able to do that is crazy. One of (the) most special games I’ve ever been a part of it. One I’ll look back on and re-watch.”

Canucks’ COVID-19 issues are growing: What we know

After going more than a month with a handful of players at a maximum out in accordance with the NHL's COVID-19 protocol, the league is now facing a new challenge: the growing number of Vancouver Canucks players being put on the list (and subsequent games that need to be rescheduled).

What started as one game postponed March 31 after two players and a member of the coaching staff went on the COVID-19 list has now grown to four postponed games and 14 players on the list. According to The Athletic and TSN reporter Pierre LeBrun, the number of players affected is greater than that. 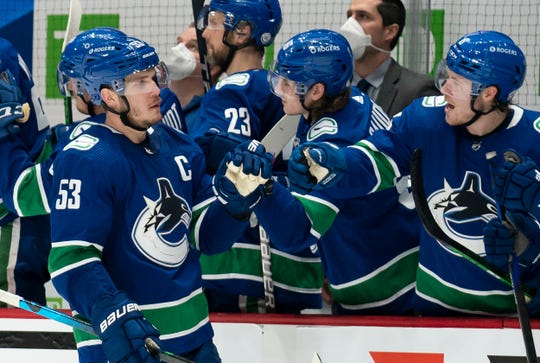 MILWAUKEE — In a night dominated by pitchers, the Minnesota Twins got the better of the Milwaukee Brewers, holding them without a hit until the eighth inning in the 2-0 win on Saturday night.

Twins pitchers struck out the Brewers 17 times, but both starters will brilliant.

Brewers right-hander Corbin Burnes and Twins righty José Berríos barely allowed hitters to put a bat on the ball. Each had no-hitters after six innings when Burnes became the first to blink. According to Stats by STATS, Berrios and Burnes became the first pair of opposing starters to have 10+ strikeouts and one or fewer hits allowed in the same game in the modern era.

With one down in the top of the seventh, Twins centerfielder Byron Buxton got hold of a 96-mph cutter, down and away, likely right where Burnes wanted it and drove it out to right-center for a home run. It was Buxton’s second homer in the first two games of the series.

With Burnes’ pitch count at 87, manager Craig Counsell removed him to a standing ovation from the crowd of 11,383. He did not walk a batter but did hit one while recording 11 strikeouts. 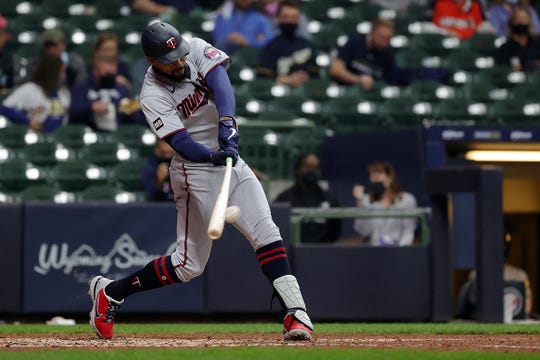