On the night of May 30 into the early morning of May 31, Earth will pass through the debris trails of a broken comet called 73P/Schwassmann-Wachmann, or SW3, NASA says.

If the fragments from the Comet were ejected with speeds greater than twice the normal speeds — fast enough to reach Earth — we might get a meteor shower, according to the US space agency.

Spitzer observations published in 2009 indicate that at least some fragments are moving fast enough. This is one reason why astronomers are excited about a meteor shower.

Observers in North America under clear, dark skies have the best chance of seeing a tau Herculid shower, as per NASA. The peak time to watch is around 1 AM on the East Coast or 10 PM on the West Coast.

It is expected to be the most brightest meteor shower in years, creating a ‘meteor storm’ of 1,000 shooting stars per hour, accoridng to a section of astronomers.

However, NASA reminds skywatchers who get excited about meteor showers that sometimes events like this don’t live up to expectations, as it happened with the 2019 Alpha Monocerotid shower.

‘Very unfair!’ Outrage as millions of pensioners miss out on £150 council tax rebate 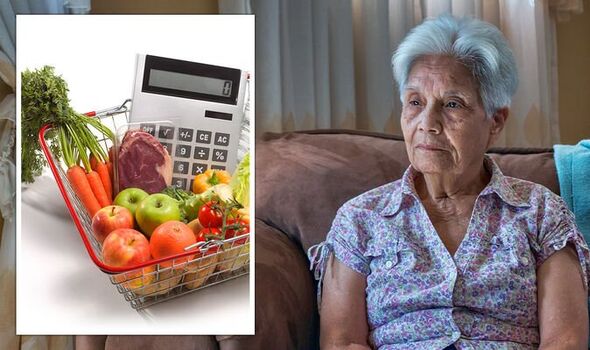 Oil Prices Hit Over Two-month Highs Ahead Of EU Meeting

Oil prices hit their highest level in more than two months on Monday, as China eased COVID-19 restrictions and moved to stimulate the country’s faltering economy.

Both Beijing and Shanghai eased COVID restrictions, with authorities in Shanghai rolling out a total of 50 stimulus measures to support the local economy, which has been hit hard by the restrictions.

Investors also await the outcome of a two-day meeting of EU member states later in the day to debate the sixth package of sanctions to punish Moscow.

A high-ranking EU official stated that it is critical to keep working and not give up until the deal on the sixth package of sanctions is reached.

The EU failed on Sunday to agree on an embargo of Russian oil over Moscow’s invasion of Ukraine.

Also, the oil producers’ international cartel, the Organization of the Petroleum Exporting Countries (OPEC), is set to rebuff Western calls to speed up their oil output additions when they meet on Thursday.

The monetary aggregates data from Eurozone is the only major statistical report due on Friday.

At 3.00 am ET, Spain’s INE is slated to publish retail sales for April. Sales are forecast to drop 1.9 percent annually, slower than the 4.2 percent decrease in March.

At 4.00 am ET, the European Central Bank is slated to issue Eurozone money supply data for April. Economists expect M3 to grow 6.3 percent on a yearly basis, the same rate as seen in March.

In the meantime, Austria manufacturing PMI data is due.

With 4366 new cases reporting on Sunday, the total number of people infected with coronavirus in the United States has risen to 83,984,644, as per Johns Hopkins University’s latest data.

Only 8 Covid deaths were reported on the same day, according to New York Times. With this, the total U.S. Covid casualties reached 1,004,733.

The United States is averaging 109,997 cases a day, up 21 percent from two weeks ago, and 374 deaths a day, marking a 20 percent increase within a fortnight, New York Times’ latest tally shows.

All other Covid metrics in the U.S. are showing an upward trend.

The country is averaging 26,804 hospitalizations due to the viral disease per day, up 23 percent from two weeks ago.

Out of this, 2,896 patients are admitted in intensive care units, marking 25 percent rise in ICU admissions in the same period.

82,108,352 people have so far recovered from the disease, the Worldometer tally shows.

572 additional deaths were reported globally on Sunday, taking the total number of people who lost their lives due to the pandemic so far to 6,287,788.

Starbucks To Exit From Russia

Coffee retail giant Starbucks Corp. (SBUX) has announced its decision to exit from Russia after closing its 130 licenses cafes, thus ending its 15 years of operation in the country.

“Starbucks has made the decision to exit and no longer have a brand presence in the market. We will continue to support the nearly 2,000 green apron partners in Russia, including pay for six months and assistance for partners to transition to new opportunities outside of Starbucks,” the company said in a press release.

Starbucks has 130 licensed locations in the country, which account for less than 1% of the company’s annual revenue.

On March 8, the company had suspended all of its business activity in the country, including shipments of all Starbucks products and temporarily shuttering cafes. However, the company has now cut all ties with Russia to show its opposition against the invasion of Ukraine.

Last week, McDonald’s announced its exit from the Russian market. McDonald’s reached a deal with an existing licensee Alexander Govor, under which, Govor will acquire the company’s entire restaurant portfolio in Russia and operate the restaurants under a new brand.

McDonald’s Corp. noted that the sale and purchase agreement provides for employees to be retained for at least two years, on equivalent terms.

The California-based burger chain expects to record a non-cash charge of around $1.2 billion to $1.4 billion to write off its net investment in the market and recognize significant foreign currency translation losses previously recorded in shareholders’ equity.