The number of deaths rose by 124 to 9,677, the highest number of fatalities in South-east Asia. 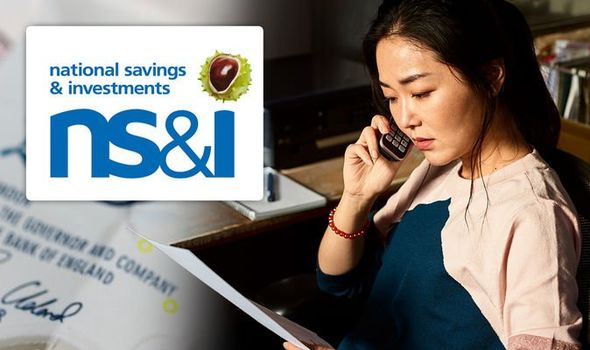 The government-backed savings provider has today announced interest rate reductions will take effect from November 24, 2020, affecting NS&I’s variable rate products and some fixed term products. It will also result in a cut to the Premium Bonds prize fund rate, which will apply from the December 2020 draw.

Gold fell sharply on Monday to hover its lowest in nearly two weeks due to an uptick in the dollar.

The dollar index rose against its rivals as investors await a slew of Fed speeches including Chairman Jerome Powell for clues on monetary policy.

Powell and Treasury Secretary Steven Mnuchin will speak before the House Financial Services Committee on the CARES Act on Tuesday.

Powell is likely to be quizzed on the forward guidance for interest rates, which suggests that rates would remain lower for longer.

Key economic data include existing home sales on Tuesday and home prices on Wednesday. The attention will then shift to new home sales on Thursday and durable goods orders on Friday.

As the coronavirus regains force, investors will also be looking ahead to flash PMI data on Wednesday for the first hints of how economies have fared in September.

51job, Inc. (JOBS) said its Board has formed a special committee consisting of two independent directors to consider the preliminary non-binding acquisition proposal as well as other potential strategic alternatives. On September 17, the Board of 51job, Inc. received a preliminary non-binding proposal letter from DCP Capital Partners, L.P. to acquire all of the outstanding common shares of the company for $79.05 in cash per common share.

The Special Committee intends to retain advisors, including an independent financial advisor and independent legal counsel.

The U.K. is on course for 50,000 new coronavirus cases a day by mid-October if urgent measures are not taken to prevent the spread of the disease, the government’s chief scientific adviser said.

“Cases are increasing, hospitalizations are following. Deaths unfortunately will follow that, and there’s the potential for this to move very fast,” Patrick Vallance warned in a live TV broadcast on Monday.

The government’s chief medical officer Chris Whitty, sitting alongside him, said the U.K. needed to take Covid-19 “very seriously” for the next six months as the country enters the more dangerous autumn and winter months. He said there was no evidence the virus is milder now than it was in the spring.

Prime Minister Boris Johnson is widely expected to set out further restrictions on Tuesday, although Health Secretary Matt Hancock said the government wants to avoid a second national lockdown on the scale of that in March.

Ministers are trying to strike a balance between stamping down on the pandemic and avoiding a full lockdown that would snuff out the recovery after the economy plunged into its deepest recession for more than 100 years.

Zimbabwean Teachers Earning $1 a Day Refuse to Return to Work

Zimbabwe’s largest teachers union said its 42,000 members won’t report for work next week because they’re not being paid enough.

Schools are scheduled to reopen on Sept. 28 after a six-month shutdown because of the coronavirus.

Surging inflation and changes to the nation’s currency regime have eroded the value of teachers’ salaries to between $30 and $35 a month, the Zimbabwe Teachers Association said in an emailed statement Monday. Most of them are unable to meet their living costs, it said.

“All educators will be not be able to report for duty on Sept. 28 for opening of schools as they are incapacitated,” the association said.

The body wants members to be paid $520 plus sector-specific allowances. Annual inflation in Zimbabwe is currently at 761%, the country is facing shortages of foreign currency and half the population of almost 15 million people is estimated to be in need of food aid.

READ: After Two Decades of Rot, Zimbabwe Is Coming Apart at the Seams

UN General Assembly is usually a packed event, with world leaders making headlines, but not this year.

The United Nations turns 75 this year – and its annual General Assembly was meant to be especially big.

But what is usually an event packed with world leaders from around the globe will look much different this Tuesday because of the coronavirus pandemic.