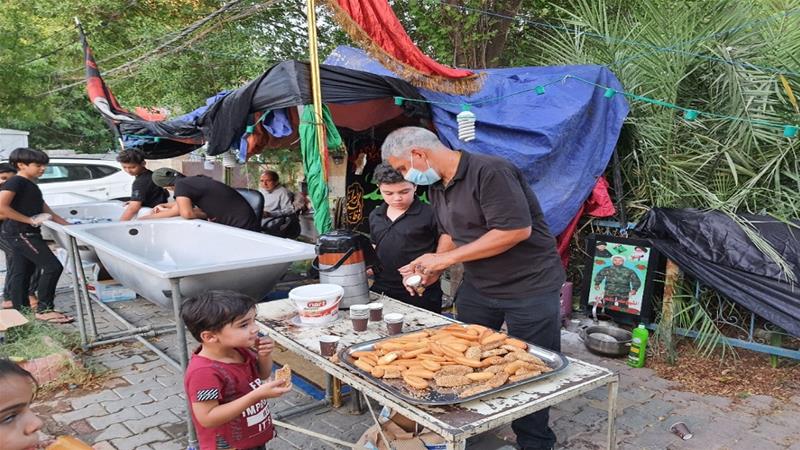 Baghdad, Iraq – Ahead of a solemn mourning period for Shia Muslims, the message from the old man came through loud and clear: Coronavirus will not stop us from observing our ceremonies.

“Listen to me!” the white-bearded man said in a video that went viral on social media as he addressed a crowd of worshippers inside a revered shrine.

“Whether coronavirus exists or not, we will maintain our rituals as usual,” he said, referring to the commemoration of the seventh-century death of Imam Hussein, the grandson of Prophet Muhammad.

“Here we are at your service, oh Hussein,” the worshippers replied, pumping their fists in the air. Some expressed their emotion by crying.

While Iraqi health authorities are struggling to contain the rocketing number of COVID-19 cases, a new challenge is popped up: Mass gatherings of mourners determined to observe their weeks-long ceremonies.

Many of them have shrugged off calls by the government and moderate Shia religious leaders to stay home or apply protective measures during ceremonies, posing threats to the country’s fragile healthcare system.

The mourning period will be the one of “coexistence with coronavirus whether accepted or not by those in charge”, the man continued. 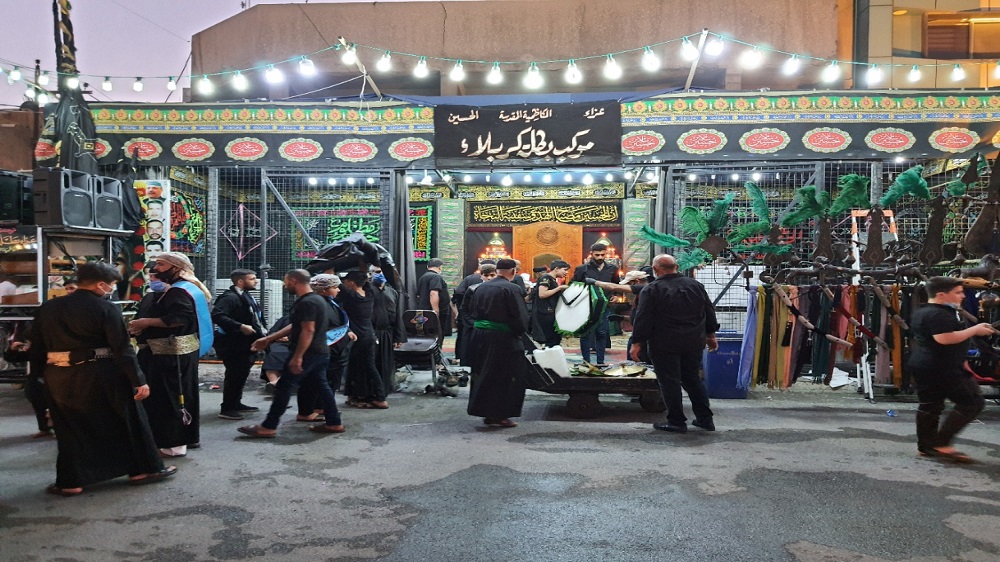 Ritual for millions of Shia Muslims

Back in 680 AD, Imam Hussein led a revolt against the Damascus-based second Umayyad caliph, Yazid bin Muawiyah, who dispatched an army that later slaughtered him and most of his family outside the city of Karbala in present-day Iraq.

Since then, his death has been a defining moment in Islamic history and has become the most impassioned event for Shia Muslims around the world.

In Iraq and beyond, millions of Shia Muslims observe with different rituals the death anniversary that falls on the tenth day of the Islamic month of Muharram as well as the fortieth day of his death in the following month of Safar.

During the nearly 50-day mourning period, throngs of Shia Muslims from all walks of life march to the shrines of Imam Hussein and his brother Abbas in Karbala. They gather to hold funerals inside mosques or public areas in order to recite the accounts of the battle, weep and beat their chests and heads in grief.

In other rituals, mourners gather in lines or circles to flog themselves with knives and chains. Some perform plays in public areas to retell the details of the battle that draw crowds who react with wails. Food is prepared in large pots for mourners and passers-by.

In a bid to contain any possible spread of the disease, Iraq’s Higher Committee for Health and Public Safety decided not to allow foreign pilgrims to enter the country and to impose a travel ban between provinces. It also called on mourners to wear masks and practice social distancing.

And the most spiritual Shia leader, Grand Ayatollah Sayyed Ali al-Sistani, called on followers to stay home and follow up with live feeds of funeral sessions on TV and internet. Al-Sistani also urged “strict compliance” to the directions issued by the authorities while in public areas.

But such calls have fallen on deaf ears.

Pilgrims started to flock to Karbala on Friday, the first day of Muharram, using unmonitored agricultural roads, while safe physical distancing is still a distant dream during some funeral processions.

In one video on social media, dozens of mourners poured into the shrine from a narrow gate shoulder-to-shoulder with many of them not wearing masks.

Others abide by the measures.

Baghdad resident Falah Hassan Mohammed wore a mask while serving mourners tea, cookies and eats from a tent he erected on the sidewalk in the northern neighbourhood of Utaifiyah. 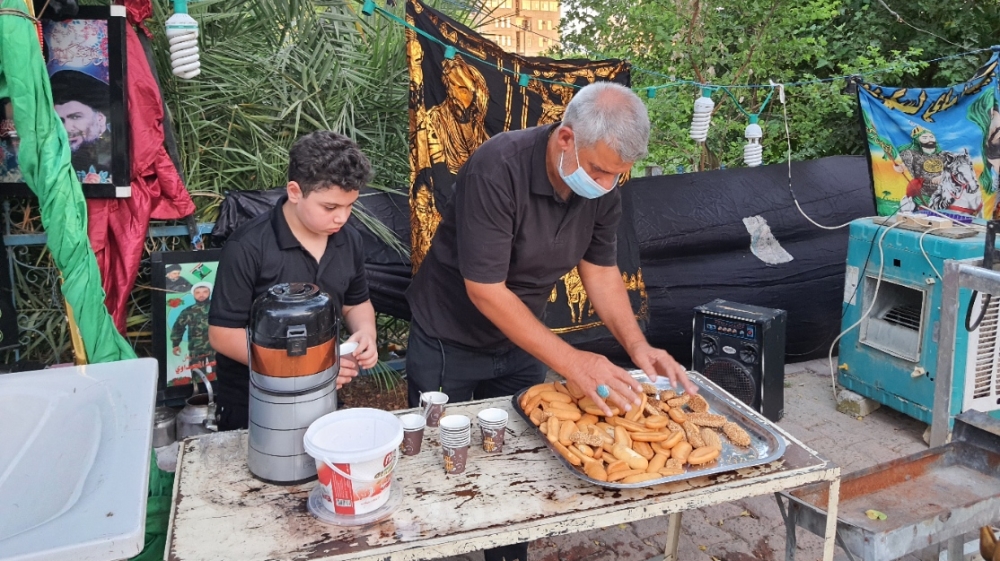 “Imam Hussein ceremonies are in our blood, we can’t cancel them because of coronavirus,” said the 51-year-old Mohammed. “All shopping malls and swimming pools are allowed to open why we should cancel the ceremonies?” he said.

To avoid virus transmission, he offers tea in disposable cups, does not allow people to gather at his tent, and encourages distance for those who pray.

Late in February, Iraq announced its first case of the novel coronavirus after an Iranian man tested positive. Afterwards, cases have been popping up in different areas, mainly among Iraqis who came from Iran.

Authorities managed to somehow contain the spread by imposing lockdowns and other measures. But the country has seen a surge in confirmed cases since mid-May as the government eased restrictions.

Since then, the average number of daily infections has inched up to hundreds and is now hovering at about 4,000, posing a threat to the country’s already crumbling healthcare system.

In a statement issued ahead of the Muharram mourning period, WHO said the pandemic in Iraq hit “an alarming and worrying level, suggesting a major health crisis soon” and called on Iraqis to “diligently apply preventive measures”.

WHO added that among the more than 175,000 reported cases and 5,800 related deaths as of August 16, more than 98 percent of the cases and deaths were reported during just the last three months.

“Many parts of Iraq are now considered to be suffering from community-wide transmission of the virus: an alarming and dangerous situation that requires urgent and serious measures,” it warned.

To slow the virus transmission and reduce deaths, it said, Iraq needs to adjust its COVID-19 preparedness, readiness and response actions. 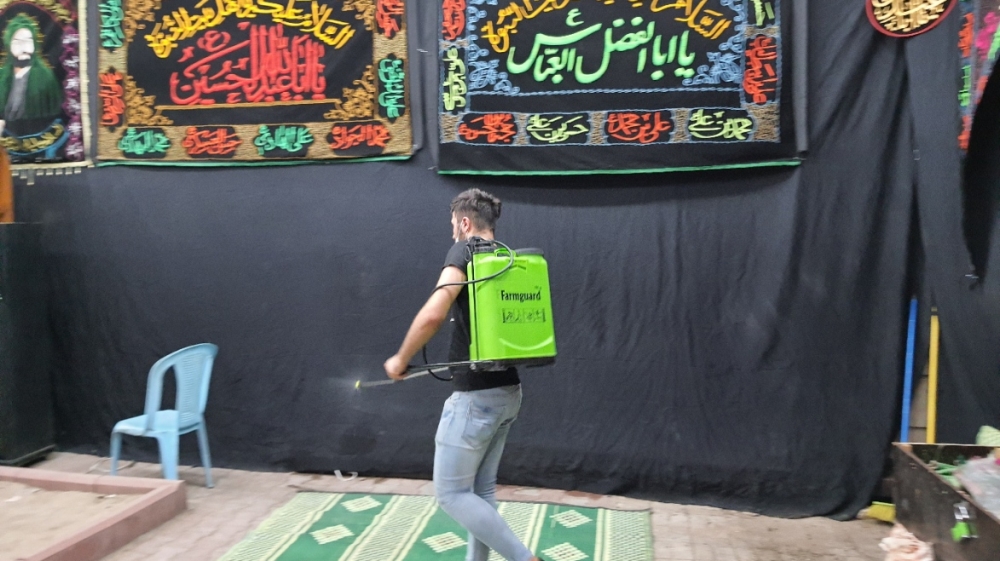 It described the mourning period as “super transmission events”.

“If we are to ensure the protection of people from the disease and prevent super transmissions, mass assemblies of people should not take place at this stage,” WHO said.

With many countries gradually reopening economies, owners of businesses linked to religious tourism are calling for the reconsideration of restrictions to salvage their businesses that have been badly hit since the outbreak of anti-government protest in October, as well as lockdowns.

About 850 hotels and hundreds of restaurants in the cities of Karbala and Najaf – prime destinations for millions of local and foreign pilgrims – are now empty, according to Saib Radhi Abu Ghanim, who heads Najaf-based Hotels and Restaurants Association.

“This sector is considered clinically dead in both Karbala and Najaf,” Abu Ghanim said, adding that nearly 95 percent of the employees have been laid off with an average of at least 12 employees for hotels and 50 in restaurants.

He suggests “first aid” from the government in a form of long-term loans with a low interest rate along with tax and fees exemptions. He also called on authorities to remove restrictions on pilgrims and consider PCR tests at airports for foreigners like other countries. 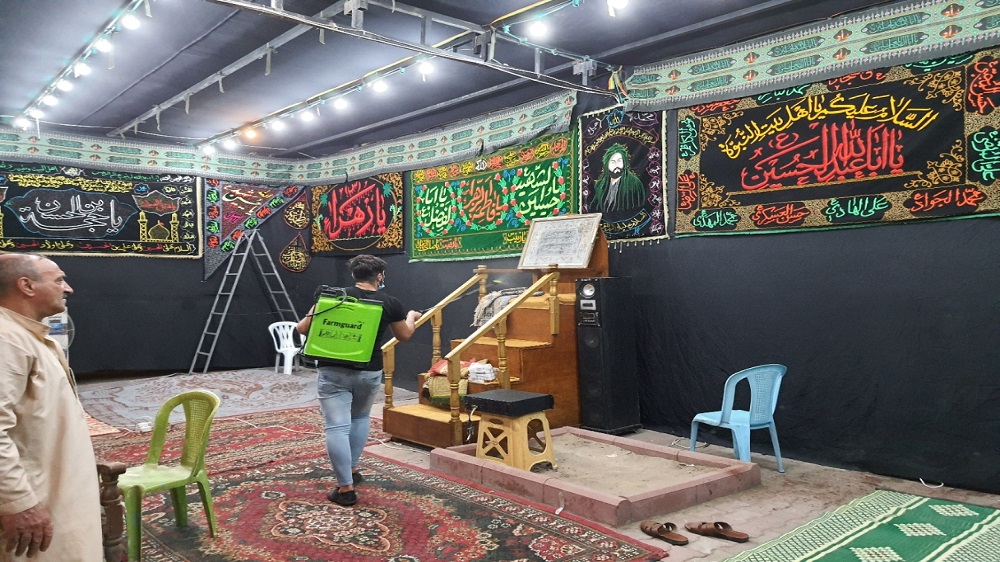