Clip of young woman being beaten by officers during argument over headscarf seen as reflection of recurrent struggle. 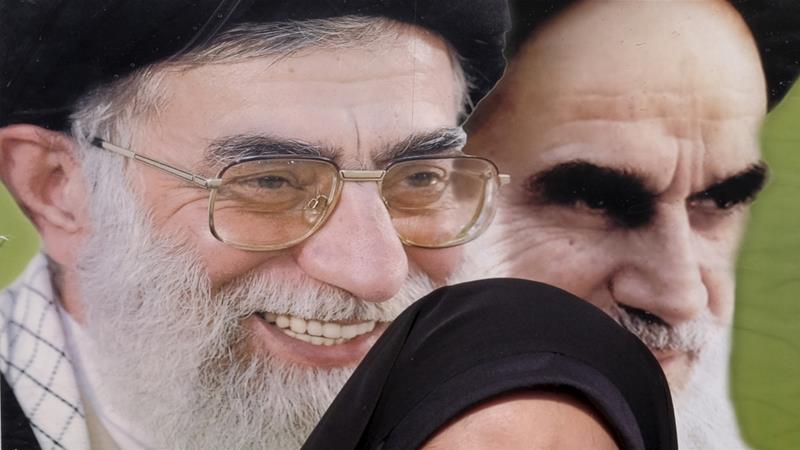 Tehran, Iran – The so-called morality police here are facing a wave of criticism after a video showing female officers violently scuffling with a young woman whose hijab was loose went viral and prompted public outrage.

Government officials and legislators in Iran have denounced the behaviour of the officers shown in the clip, which has been making the rounds on social media since early Thursday and has been viewed millions of times.

In the video, believed to be recorded on a mobile phone, a young woman and her friends can be seen arguing with some male and female police officers in a park, apparently over the woman’s hijab (a headscarf worn by many Muslim women who feel it is part of their religion).

She is then seen surrounded by two female officers who order her through both words and gestures to “stay in the corner” after she fearlessly criticises their attitude.

The situation escalates as the officers and the young woman exchange insults.

One of the female police officers is heard calling the young woman an “animal”, while she responds with words that roughly translate as “ignorant” and “shameless”.

A female police officer is then seen attacking the young woman and beating her furiously. Loud screams are heard afterwards as the young woman’s friends try to intervene and protect her.

Soon after the video went viral, Abdolreza Rahmani Fazli, the interior minister, ordered a “comprehensive inquiry” into what he referred to in an official statement as “the unconventional encounter of the morality police officer”.

The statement said the incident occurred after the young woman used a “profanity” against officers who were trying to prompt her to abide by the law.

Masoumeh Ebtekar, vice president for women’s affairs, criticised the police in a tweet, saying she “condemned” the violent behaviour “no human deserves”.

Iran’s law obliges women to completely cover their hair and wear loose garments to hide most of their body and skin.

In practice, Iranian women with strong religious beliefs wear the hijab regardless of the legal compulsion to cover up.

However, women who consider themselves less religiously observant do not comply with the dress code very strictly.

The video emerged just months after an unprecedented protest campaign against Iran’s hijab regulations, during which women stood atop utility boxes with uncovered hair and waved their headscarves on the ends of sticks.

During that protest, police were criticised when an officer pushed a protester off a utility box, injuring her leg.

Thursday’s incident, however, was not a protest but the latest episode in a recurrent struggle between some Iranian women and the country’s “morality police”.

Assigning a police force to enforce the hijab law was introduced during Mahmoud Ahmadinejad’s presidency as a way to combat what religious conservatives called the “bad hijab”.

President Hassan Rouhani did not do away with this morality police, in spite of promising to at a certain point, but has restricted its power and his centrist government repeatedly criticises the use of force in promoting the hijab.

‘Loss for both sides’

Reacting to the footage shared online, Shahindokht Molaverdi, the president’s special assistant for citizenship rights, called for a “change in approach” concerning the hijab.

Tayebeh Siavashi, a reformist legislator, said in a series of tweets that what the morality police do is “a loss for both sides” and that the incident illustrated the sort of violence that took away the “minimal safety” women had gained in recent years.

It is unclear how strong Rouhani’s say is when it comes to the morality police, who are part of the regular police force.

In the Islamic republic, the police are part of the armed forces whose commanders are not picked by the president.

Numerous videos similar to the one that has gone viral have been posted online in the past. But the reaction to the most recent clip has been the strongest to date.

“It comes down to how much people are aware of what’s going on in the real world; how much power they have with information and ways to share it; and also, how much they’re willing or are motivated to act on it,” said an Iranian political observer who spoke to Al Jazeera on the condition of anonymity.

“I honestly think the awareness situation was different even two years ago.” 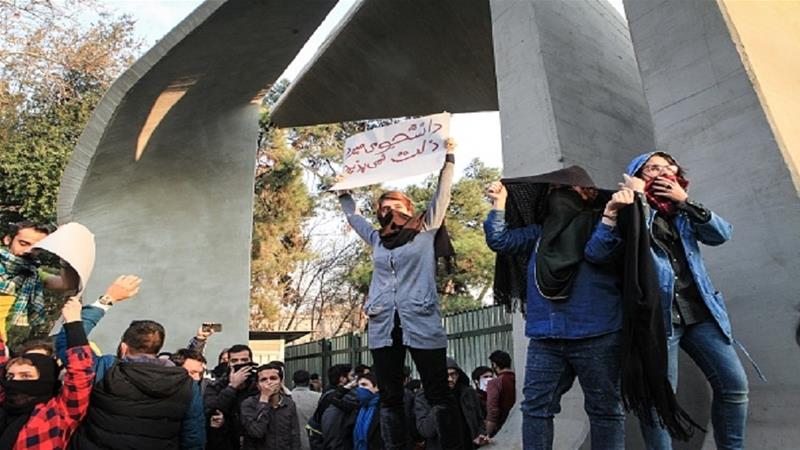 Is the unrest in Iran anti-establishment?