Health experts say the treatment offered by a religious charity is a gamble. It has also fed concern about the community’s acting with increasing autonomy in an already divided nation. 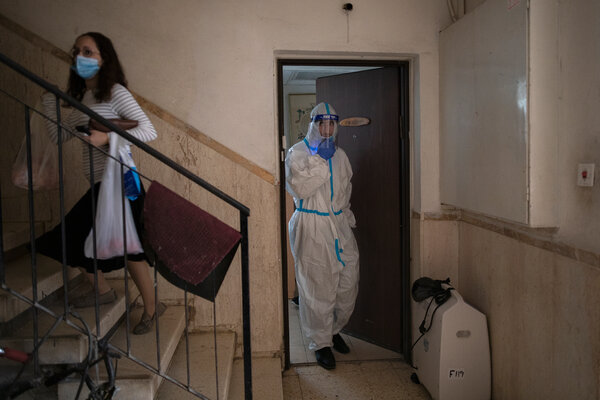 JERUSALEM — When the elderly father of an ultra-Orthodox radio personality in Israel contracted the coronavirus recently, his family dreaded the prospect of his entering an isolated hospital ward and possibly never coming out.

So the broadcaster made a round of calls that turned up an alternative.

A small charity was offering an under-the-radar service treating mostly ultra-Orthodox and older Covid-19 patients in their homes, even in severe cases where health experts say it could endanger lives. Drawing on the services of a few doctors — and dozens of volunteers, most without medical training — it was operating out of a basement in Mea Shearim, a Jerusalem stronghold of the most extreme anti-Zionist Jewish sects that shun cooperation with the state.

Hundreds had already turned to the charity for care out of a sense that remaining with family — and avoiding public hospitals — outweighed the risks. But the project was also tinged with a general distrust of government among the ultra-Orthodox community, which appears to be increasingly going it alone in handling the pandemic and many other aspects of daily life.

Since the home-care initiative was reported by Israel’s N12 news service this week, health officials and experts have responded with a mix of condemnation and curiosity. One leading epidemiologist was among those who said the approach could help ease the burden on hospitals.

The debate comes as Israel is under its second national lockdown after daily infection and death rates soared to among the highest in the world, and ultra-Orthodox areas top the virus hot spots. Health officials say that about 50 percent of those aged over 65 and under 18 who are infected in Israel are from the ultra-Orthodox community, though it makes up no more than 13 percent of the country’s nine million citizens.

And the actual infection numbers may be even higher: The charity does not report coronavirus cases to the authorities, which may be skewing the national virus data on which policymakers base their decisions. 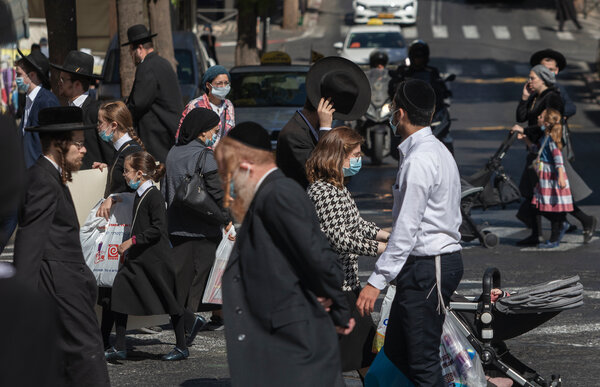 Dr. Sharon Elrai-Price, a senior Health Ministry official, denounced the operation as a “dangerous” departure and said the ministry was looking into the legality of some aspects of it.

Dr. Ran Balicer, an Israeli health care official who advises the government on the pandemic, called the charity “a gamble.” A coronavirus patient’s condition can deteriorate rapidly, he said, adding it was “hard to predict a moment of no return for people who might have survived had they reached the hospital in time.”

But Dr. Gabriel Barbash, a leading Israeli professor of epidemiology, is among those who view the charity’s approach as a possible way to ease the load on hospitals and worthy of further study. Other advocates insist that even in severe cases, a calm home environment can aid recovery.