The verdict against three senior members of the now-outlawed Al-Wefaq movement comes months after their acquittal. 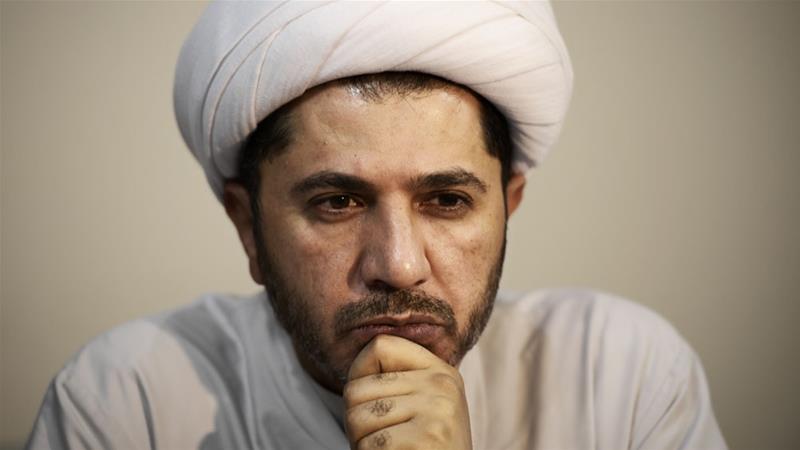 Bahrain’s appeals court has sentenced three senior members of the country’s opposition movement to life in prison over charges of spying for neighbouring Qatar, according to a statement from the public prosecutor.

The verdict against Sheikh Ali Salman, who headed the now-outlawed al-Wefaq movement, as well as Sheikh Hassan Sultan and Ali al-Aswad came on Sunday, months after their acquittal by the high criminal court in June.

Sultan and al-Aswad were tried in absentia.

The trio was sentenced for “acts of hostility” against Bahrain and “communicating with Qatari officials… to overthrow constitutional order”, the public prosecutor’s statement said.

The latest ruling can be appealed.

Salman is currently serving a four-year sentence in a separate case – “inciting hatred” in the kingdom, which has seen mainly Shia protests against the Sunni monarchy since 2011.

In November, Salman and two other members of al-Wefaq were charged with working for Qatari intelligence with the aim of overthrowing the Bahraini government.

Rights groups, including Amnesty International and Human Rights Watch, have declared Salman and other jailed opposition leaders prisoners of conscience. 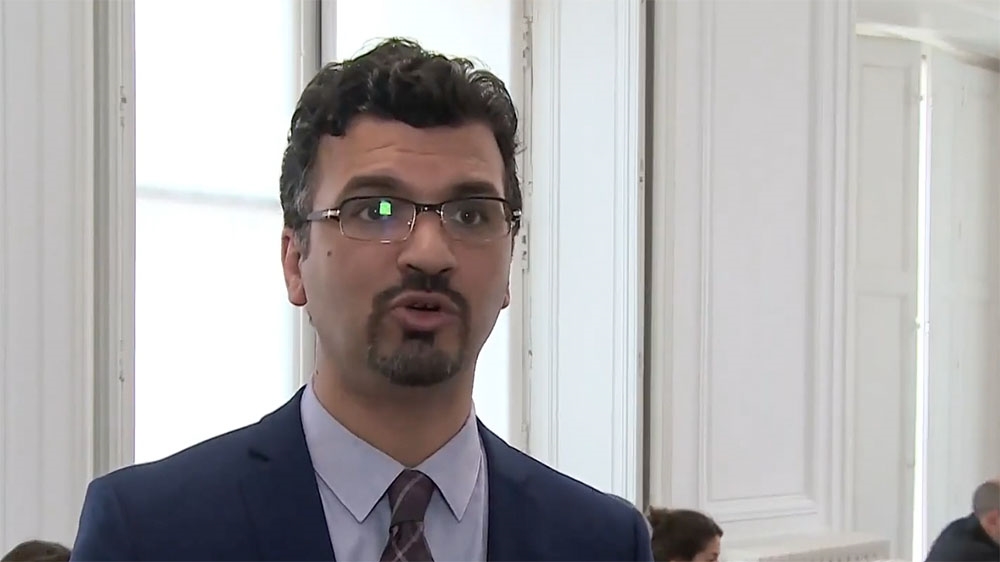 She said that Salman had phone conversations with the foreign minister of Qatar in 2011, urging Doha to mediate in Bahrain’s political crisis, and the interaction was used six years later as a proof for spying charges.

“The new charges are absurd,” Watling said. “It appears to be linked to the Qatar crisis and the Bahraini authorities are going forward with their crush on dissent. Any opposition or opposing voice is being crushed.”

Bahrain, along with Saudi Arabia and the United Arab Emirates, severed all ties with Qatar in 2017, banning their citizens from travel to or communication with the fellow Gulf Cooperation Council member.

Sunday’s verdict comes days ahead of Bahrain’s November 24 parliamentary elections. Members of dissolved opposition parties, including al-Wefaq and the secular al-Waad group, are banned from running.

The Sunni-ruled Gulf state has been hit by waves of unrest since 2011 when security forces crushed Shia-led protests demanding a constitutional monarchy and an elected prime minister.

Opposition movements have been outlawed and hundreds of dissidents have been imprisoned – with many stripped of their nationality.

Bahrain last year ratified a constitutional amendment granting military courts the authority to try civilians charged with “terrorism”, a term that is loosely defined by the Bahraini penal code.

In June, the kingdom amended its law on political rights, prohibiting “leaders and members of political associations dissolved for violating the kingdom’s constitution or its laws” from running in legislative elections.

Bahrain, a key ally of the United States and home to the US Fifth Fleet, accuses Shia Iran of provoking unrest in the kingdom. Iran denies the allegations.

The United Nations and rights groups including Amnesty and HRW have criticised the Bahraini monarchy over its treatment of protesters.