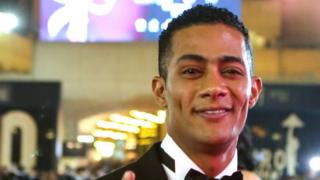 Egypt has banned a pilot for life for allowing celebrity and actor Mohamed Ramadan to sit in the cockpit during a private flight to Saudi Arabia.

The actor and singer posted a video of himself sat in the co-pilot’s seat, holding the controls, as someone else commented he’s “driving the plane now”.

The pilot has had his licence revoked, and the co-pilot was also reportedly banned for a year over the incident.

The private airline operating the flight has not been identified.

“After confirming the violations against the Egyptian civil aviation law, we have taken deterrent measures towards the reckless and irresponsible actions [of the pilot],” Egypt’s civil aviation ministry said in a statement, reported by Masrawy news.

Aviation safety for Egyptian airliners was paramount, the ministry added.

Speaking to camera, he says: “In a first of its kind, I will go drive the plane.”

The clip cuts to him entering the cockpit, where he sits next to the pilot with his hands on the control wheel.

An unidentified man off camera then says: “I swear to God, Mohamed Ramadan is the one driving the plane now.”

Egyptian aviation rules stipulate that passengers are not allowed to enter the cockpit while a flight is in operation.

Some on social media responded angrily to the video, with calls for the actor to be boycotted.

Ramadan, who has appeared in more than a dozen Egyptian films and several TV series, was said to be travelling with his band to perform at an entertainment festival in the Saudi capital Riyadh.

The 31-year-old actor has also made his mark in the music industry, with his hit song Mafia getting more than 158m views on YouTube.

Despite his huge fan base, Ramadan has courted controversy in the past.

In August, there were calls for the singer to be banned from performing after he was criticised for wearing a see-through shirt and dancing “provocatively” at one of his concerts.

He was also criticised back in 2016 for being insensitive to fans, many of whom are from low-income backgrounds, after boasting about two luxury cars he had bought. 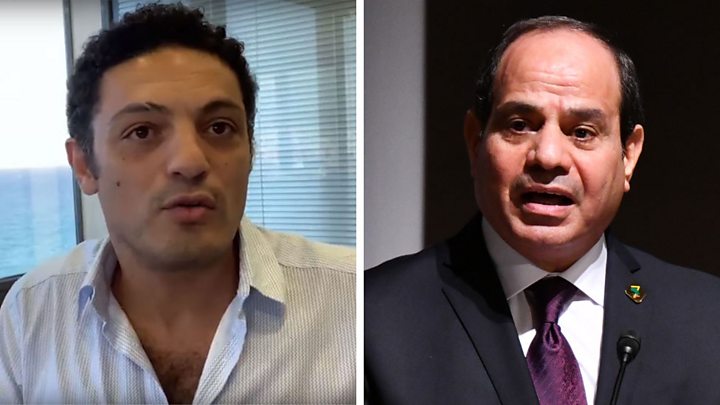