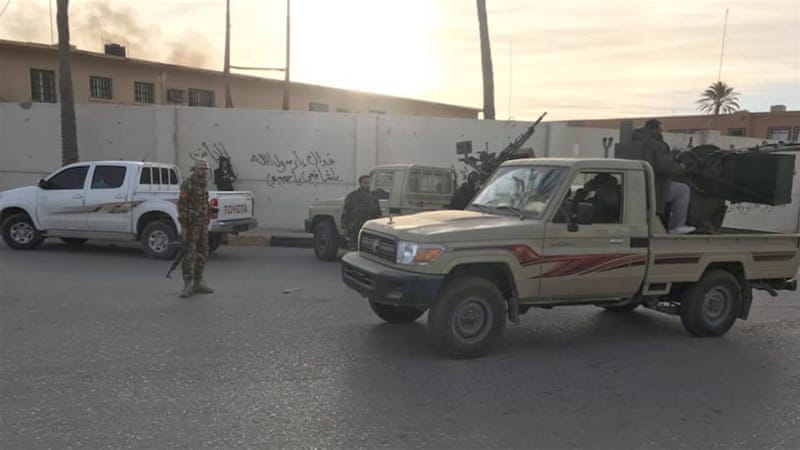 Fierce clashes between two rival Libyan groups have left at least nine people dead and forced the closure of the main airport, underscoring the bleak prospects for the North African country as it marks seven years since the Arab Spring uprising.

Security officials told Al Jazeera on Monday that all flights had been suspended from Tripoli’s Mitiga airport until further notice, after fighters from the Bugra rebel group attacked the Special Deterrence Force, a group that controls the installation.

Health officials said at least nine people had been killed and 32 wounded, after the Bugra group launched the early morning attack.

Mitiga is a military base near the centre of Tripoli that has been the city’s main airport for civilian flights, since the international airport was partly destroyed by fighting in 2014.

The international airport remains out of service.

Al Jazeera’s Mahmoud Abdelwahed, reporting from Tripoli, said fighting had calmed by 2pm local time (11:00 GMT) but gunfire could still be heard in the centre of the city.

“The clashes erupted because the Bugra group, led by Basheer al-Bugra, believe that since the air base is located in Tajoura, where they have popular support, they should be charged with protecting it.”

Our correspondent said the Bugra group, which is opposed to the Special Deterrence Force and the UN-backed government, had accused them of “extrajudicial practices” at the airbase.

“The roots of the violence stem from the Special Deterrence Force’s decision to create a prison at the facility,” our correspondent said.

“More than 1,000 suspects are believed to be held at the prison, including fighters from a local ISIL affiliate, former rebels, activists, and criminal suspects.”

Libya has been locked in a state of violence since 2011, when the Arab Spring uprising ended with the overthrow and death of former leader Muammar Gaddafi.

Despite peace efforts since then, the country has remained divided between the GNA in Tripoli, led by Prime Minister Fayez al-Sarraj, and a Haftar-backed administration in the east.

A new round of UN-backed talks began in September in Tunis, aimed at preparing for presidential and parliamentary elections in 2018.

But the talks broke down about a month later without a deal. 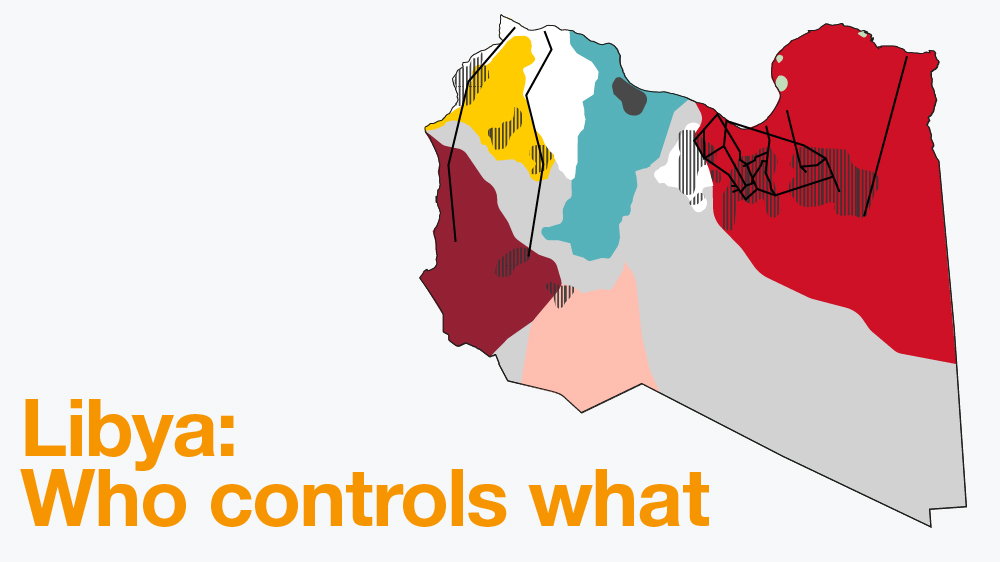