WHO reports Tunisia had second-worst traffic death rate per capita in North Africa, behind only war-torn Libya. 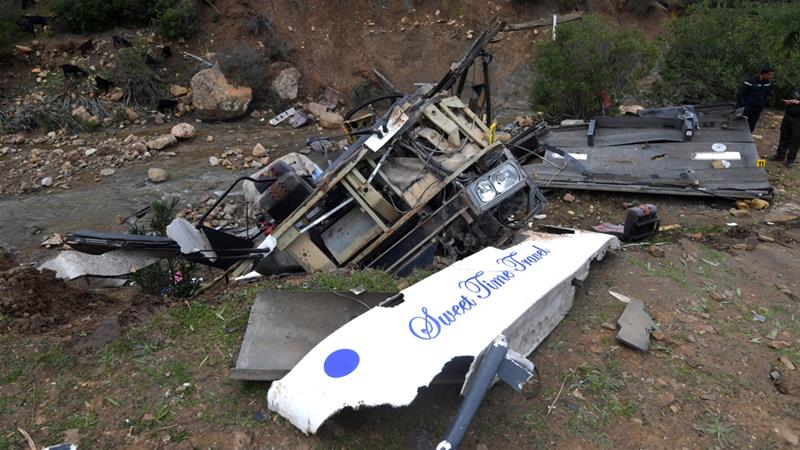 At least 26 people were killed when their bus careened into a ravine in northwestern Tunisia, officials said in a new death toll on Monday.

The Ministry of Public Health said late on Sunday that 17 people were also injured in the accident in a mountainous region popular with Tunisian tourists.

The disaster was one of the most deadly accidents in a country whose poor road safety record has sparked criticism of officials.

All those on board the bus were Tunisian, the ministry said.

The bus set off from Tunis towards the picturesque northern mountain town of Ain Draham, a popular autumn destination for domestic visitors.

The Ministry of the Interior earlier reported the deaths of 22 out of the 43 people on board, saying the bus had “fallen into a ravine after crashing through an iron barrier”.

The health ministry said later that four more passengers had died due to their injuries.

An AFP news agency team that visited the site saw the twisted remains of the bus in the ravine near a river bed, surrounded by scattered bodies.

The top of the bus was torn off and seats were strewn across the site.

It was not immediately clear what caused the accident and forensic experts are investigating, but Tunisia’s poorly maintained roads have a reputation for being dangerous.

The World Health Organization in 2015 reported that Tunisia had the second-worst traffic death rate per capita in North Africa, behind only war-torn Libya.

The accident triggered renewed public anger over what one social media user called the country’s “roads of death”. 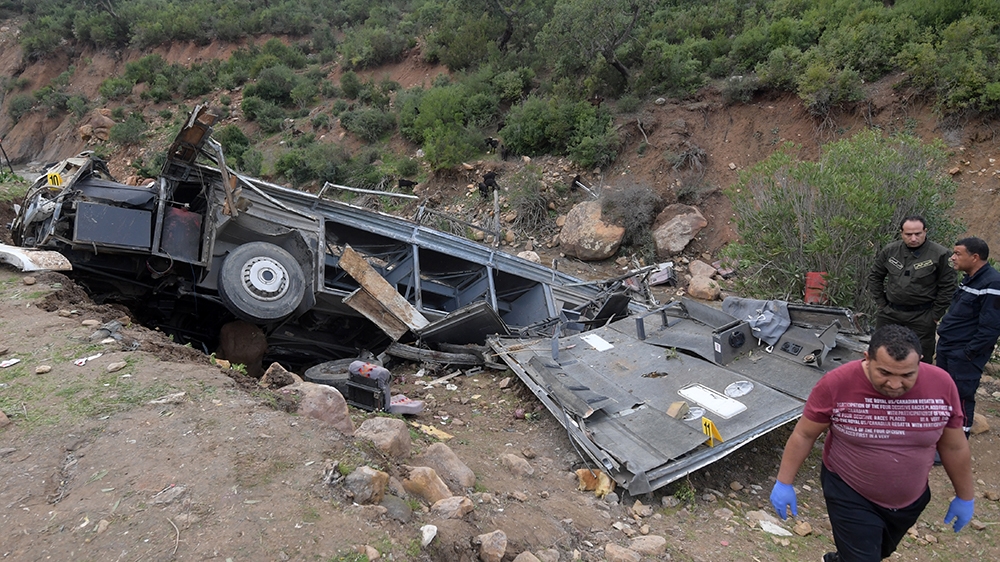