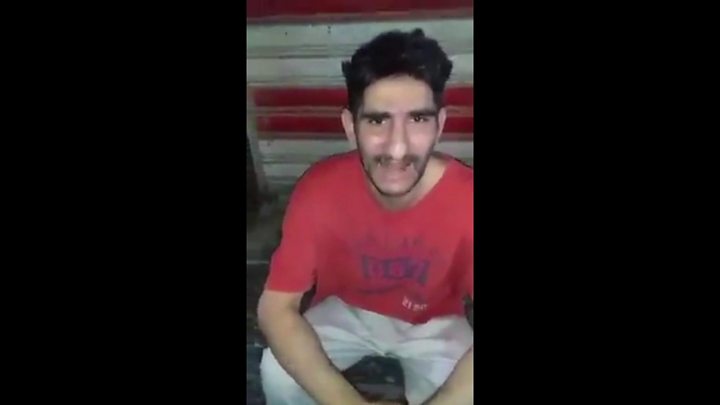 A man who moved to the US as a child and lived his life in Detroit died on Tuesday after he was deported to Iraq, his lawyer told the BBC.

Aldaoud had never been to Iraq and did not speak Arabic. He was deported in June as part of a crackdown on Iraqi immigrants with criminal convictions.

Mr Bajoka said his client was convicted of disorderly conduct and burglary.

The US Immigration and Customs Enforcement agency (ICE) said Aldaoud had accrued 20 convictions over two decades including assault with a dangerous weapon, domestic violence and home invasion.

The agency said that he had absconded from ICE’s non-custodial supervision program and remained at large for about four months, before he was arrested again on suspicion of theft. It also said he was “supplied with a full complement of medicine to ensure continuity of care” when he was deported.

Aldaoud was born in Greece and moved to the US as a child with his family, Mr Bajoka said.

“They really put him in the worst possible situation,” Mr Bajoka told the BBC, referring to ICE. “It was really cruel what they did to him and ultimately he died because of that cruelty,” he said.

Mr Aldaoud’s family, based in Detroit, is understood to be exploring options for legal action.

Why was Jimmy Aldaoud sent to Iraq?

According to a Trump administration order, cited by Reuters, Iraq was taken off the list after efforts “to enhance travel documentation, information sharing, and the return of Iraqi nationals subject to final orders of removal”.

Aldaoud was among dozens of Iraqi Chaldean Catholics arrested by immigration authorities in sweeping raids in Detroit and across the US in June 2017.

Human rights groups say that Catholic Chaldeans, whose origins can be traced to ancient Mesopotamia in present-day Iraq, are at risk of attack by the so-called Islamic State. 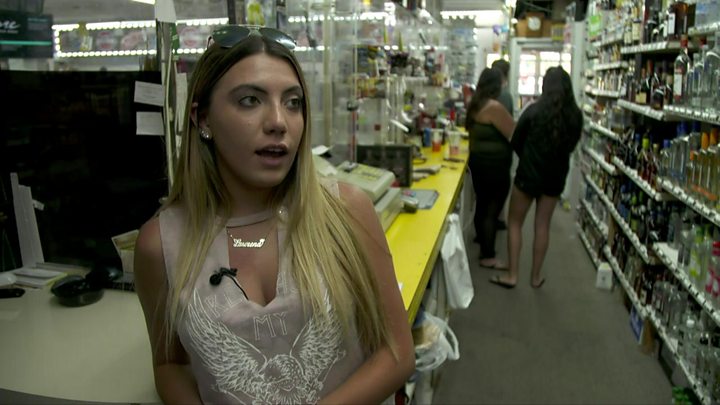 Mr Bajoka, Aldaoud’s lawyer, was part of the legal team that launched a class action lawsuit to prevent their deportation from the US to Iraq.

“The manner in which they deported him [Aldaoud] was particularly cruel,” Mr Bajoka said. “He’s diabetic, and they deported him with no insulin, no medication. They picked him up, and with no warning to him or his family, put him in a jail and a few weeks later he was on a plane.”

How did Jimmy Aldaoud die?

The American Civil Liberties Union (ACLU) told the BBC that Aldaoud’s death was due in part to a lack of access to insulin in Iraq.

“Jimmy’s death has devastated his family and us,” said Miriam Aukerman, senior staff attorney for the ACLU. “We knew he would not survive if deported. What we don’t know is how many more people ICE will send to their deaths.”

For anyone following this story…here is a video of Jimmy taken in Baghdad about two weeks after he was deported. Rest In Peace Jimmy…

In a video widely shared on social media, Aldaoud spoke about his deportation to Iraq and his struggle with diabetes. In the undated footage, apparently filmed in Iraq, Aldaoud said he had no insulin to treat his condition and had been “sleeping in the street” with no food.

“I begged them,” he said, describing his pleas with US immigration authorities. “I said, ‘Please, I’ve never seen that country, I’ve never been there.’ However, they forced me.”

In a series of tweets, Democratic congressman for Michigan Andy Levin argued Mr Aldaoud should never have been sent to Iraq if doing so “would put his life in extreme danger”.

Mr Levin said Aldaoud’s death “could and should have been prevented” and argued it amounted to a death sentence.

“My Republican colleagues and I have repeatedly called on the Executive Branch to cease deportation of such vulnerable people,” he said. “Now, someone has died. We cannot wait one more day for action.”