Eighty-two people are missing from the boat, which was carrying 86 refugees and migrants when it sank. 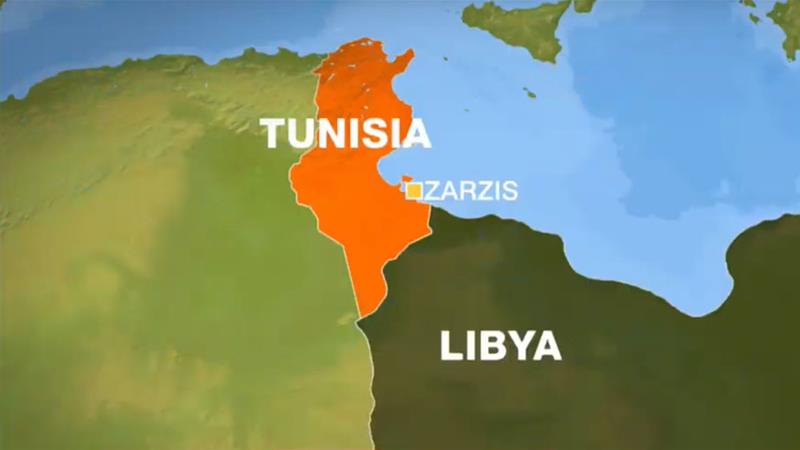 A boat carrying at least 86 refugees and migrants has capsized off the coast of Tunisia with most feared drowned.

Some of the four initial survivors told the Tunisian coastguard on Thursday the boat sank off the town of Zarzis, Tunisian Red Crescent official Mongi Slim told Reuters news agency.

Tunisian fishermen came across the sinking boat and were able to pull four survivors out on Wednesday night, but could not find any of the other passengers, said Lorena Lando, head of the International Organization for Migration (IOM) in Tunisia.

Eighty-two people remain missing in the incident, which comes a day after a deadly air attack on a Libyan detention centre killed at least 44 migrants.

Al Jazeera’s Sarah Khairat, reporting from a refugee camp in Zarzis where the survivors were brought, said the vessel was heading from the west of Libya to Europe when it capsized. The four survivors were all men – three from Mali and one from the Ivory Coast.

The Ivory Coast national later died and two of the others are in hospital.

Earlier this week, another boat from Libya made it to the Tunisian port of Sfax with 65 people on board.

Libya is one of the main transit countries for migrants and refugees fleeing war and poverty as they try to reach Europe.

The war-torn country has become a hubfor human trafficking rings that often send migrants off to Europe in vessels that are not seaworthy.

Between January and June this year, 555 migrants died attempting to cross the Mediterranean Sea, according to the IOM.

Meanwhile, a sailboat belonging to Italian charity Mediterranea rescued 54 people, including pregnant women and children in distress off the Libyan coast, the charity said on Thursday.

“All 54 survivors have been rescued and are now aboard,” Mediterranea tweeted. “Among them 11 women [three pregnant] and 4 children … Happy to have rescued 54 lives from the hell of Libya. Now we need a safe port.”

“Otherwise we will activate all procedures to prevent Italy being a port of arrival for human traffickers,” Salvini said.

Italian authorities last week seized a vessel belonging to German aid group Sea-Watch and arrested its captain after it entered Lampedusa port in Sicily unauthorised with dozens of rescued migrants on board.