Mohamed Monir, 65, passes away from COVID-19 after contracting the new coronavirus during pre-trial detention. 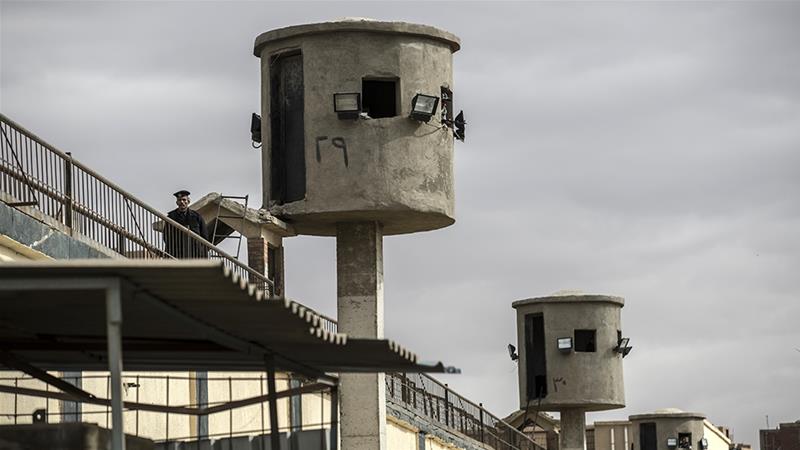 Egyptian journalist Mohamed Monir, who was arrested last month after appearing on Qatar-based Al Jazeera Media Network, has died after contracting COVID-19 during pretrial detention, according to a media watchdog.

The 65-year-old’s death, announced late on Monday in a Facebook post by his daughter Sarah Monir, came a week after he was hospitalised with COVID-19 following his release from detention on July 2 due to his sickness.

“We are extremely disturbed by journalist Mohamed Monir’s death today after he spent more than two weeks unnecessarily held in pretrial detention at Cairo’s notorious Tora Prison,” Sherif Mansour, the Middle East and North Africa programme coordinator for the Committee to Protect Journalists (CPJ), said in a statement.

Monir was suffering from diabetes, high blood pressure and serious heart problems, according to the CPJ.

The veteran journalist was arrested on July 14 on charges of joining “a terrorist group”, spreading false news and misusing social media after appearing on Al Jazeera, which is banned by Egypt’s government.

Political prisoners in Egypt can be held in pretrial detention for years on vague charges, often in what rights groups describe as unhealthy conditions without proper access to medical care.

His arrest came as Egypt steps up a crackdown on the press that it has been waging since Abdel Fattah el-Sisi led the army’s 2013 overthrow of Mohamed Morsi, Egypt’s first freely elected president.

“Egyptian authorities must release all journalists held for their work, as even brief detentions amid the COVID-19 pandemic can mean a death sentence,” said Mansour.

In May, the CPJ documented the arrests of at least four Egyptian journalists, including Sameh Haneen, a Coptic Christian who also faces charges of joining a “terrorist” organisation.

The interior ministry later published video footage of an alleged confession by Haneen, in which he claimed he had been paid thousands of dollars for producing videos critical of the government for Al Jazeera at the request of members of the Muslim Brotherhood.

Mahmoud Hussein is an Al Jazeera journalist held in Egypt for more than three years.

An Egyptian national, he was arrested shortly after his arrival in Egypt on December 20, 2016, while on a personal visit. He has yet to be officially charged.

In May 2019, an Egyptian court rejected an order by the state prosecutor to release him. Authorities opened a new investigation against him with unspecified charges and returned him to prison.

Egypt and its Gulf allies – Bahrain, Saudi Arabia and the United Arab Emirates – have boycotted Qatar since June 2017, accusing it of “supporting terrorists” and interfering in its neighbour’s affairs, accusations Doha strongly denies.

Egypt ranks as the third-worst jailer of journalists behind China and Turkey, according to the CPJ.