Paris has backed successive governments in Lebanon but the country has nosedived into crisis. 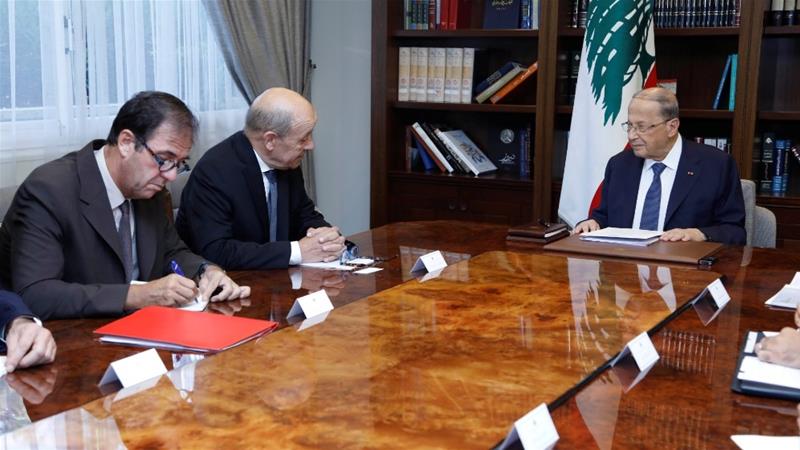 Beirut, Lebanon – French Foreign Minister Jean-Yves Le Drian has arrived in Lebanon on a visit aimed at pressing Beirut to implement long-overdue reforms and dissociate from regional conflicts, both seen as key to unlocking international aid.

In May, Diab’s government began talks with the International Monetary Fund (IMF) for a $10bn programme. It is seeking an additional $11bn in aid from the international community over the next five years to stave off the effects of the crisis.

2006 – Stockholm conference brings together 50 nations and the UN for Lebanon’s post-war recovery; more than $1bn pledged.

Adding to Lebanon’s woes, the country has become increasingly isolated from traditional allies, including Arab Gulf nations who are concerned about the rising influence of Iran-backed Hezbollah, which backs Diab’s government, and Western donors who have said they are ready to help but first want to see reform.

France has long acted as Lebanon’s gateway to the international community, organising four donor conferences in Paris over the past two decades that brought together dozens of nations and international financial institutions.

Pledges at those conferences total nearly $24bn, of which $11bn were committed at the CEDRE conference two years ago.

Lebanon has been a special case for France as the last remaining foothold of its colonial past in the Middle East, and many in Lebanon see France as the country’s “compassionate mother”.

But even France’s rhetoric has begun to change. “Help us so we can help you, damn it!” Le Drian exclaimed during a discussion about Lebanon during a session of the French parliament earlier this month.

“The French are embarrassed – they don’t know what to do,” said Sibylle Rizk, director of public policies at local lobby group Kulluna Irada.

“They are the ones who have tried to help Lebanon the most, every international conference has been organised in Paris, and they are the most active advocates of Lebanon.”

The generous aid that Lebanon received in the past was always accompanied by pledges by successive governments to implement deep reforms and enhance revenue-creating measures.

These included privatisation of the telecoms and electricity sectors, tax hikes, cuts to subsidies, debt reduction and modernising the country’s aged legal framework – much of which dates back to France’s occupation of the country from 1920 to 1943.

But little was done over the last two decades. Lebanon’s public debt surged from about 25 percent of gross domestic product (GDP) in 2001, when the first Paris conference was held, to about 150 percent of GDP when CEDRE was held in 2018.

“Lebanon is really one of the few countries in the world where you have such inertia, such ineptitude to put in place any measures that intend to salvage anything,” she said.

“Our message to the international community is clear: Don’t fuel the system that brought us to this unprecedented crisis, don’t help them revive, insist on the conditionality of aid,” Rizk said.

“We are against any bailout that would come at the expense of the Lebanese and would save or protect the remnants of a failed system,” she said. 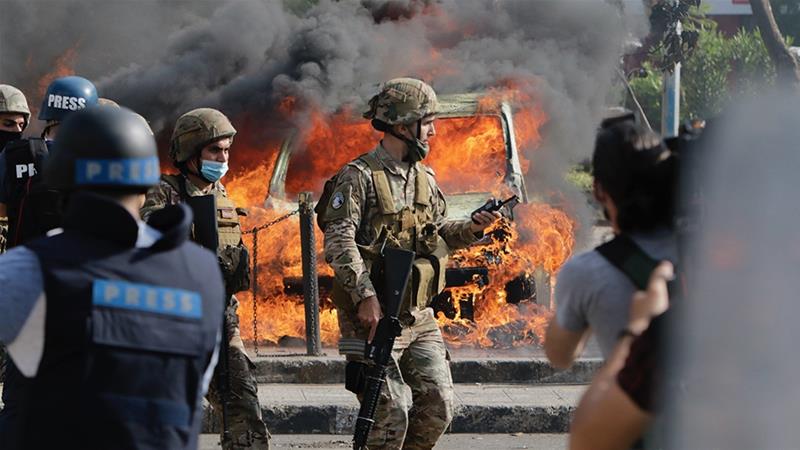 How can the crisis in Lebanon be resolved?