The Palestinian enclave was already in a dire state. The war with Israel has made it worse, damaging the health and sewage systems, closing schools and displacing tens of thousands. 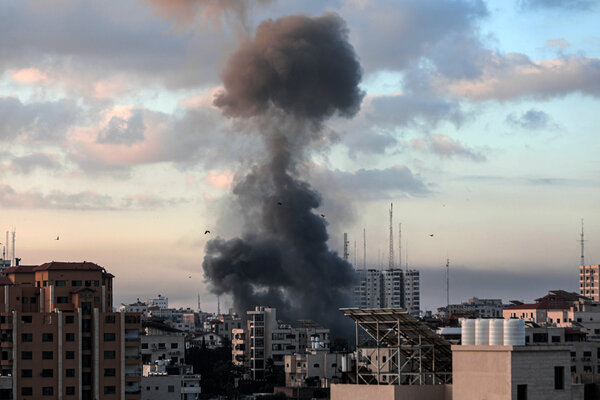 GAZA CITY — The nine-day battle between Hamas militants and the Israeli military has damaged 17 hospitals and clinics in Gaza, wrecked its only coronavirus test laboratory, sent fetid wastewater into its streets and broke water pipes serving at least 800,000 people, setting off a humanitarian crisis that is touching nearly every civilian in the crowded enclave of about two million people.

Sewage systems inside Gaza have been destroyed. A desalination plant that helped provide fresh water to 250,000 people in the territory is offline. Dozens of schools have been damaged or closed, forcing some 600,000 students to miss classes. Some 72,000 Gazans have been forced to flee their homes. And at least 213 Palestinians have been killed, including dozens of children.

The level of destruction and loss of life in Gaza has underlined the humanitarian challenge in the enclave, already suffering under the weight of an indefinite blockade by Israel and Egypt even before the latest conflict. 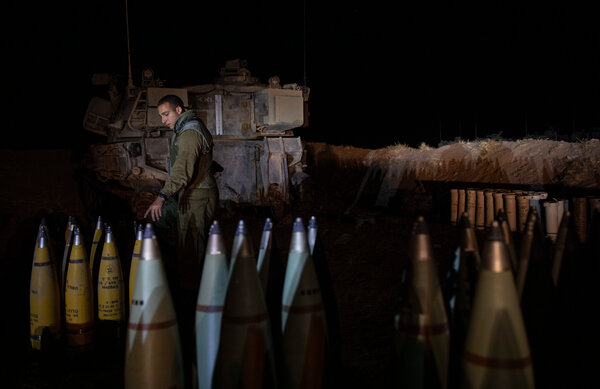 As the crisis deepened there were increasing international demands for a cease-fire on Tuesday.

President Biden, who had publicly supported Israel’s right to defend itself, privately warned Prime Minister Benjamin Netanyahu of Israel that he could not deter growing pressure from the international community and American politicians for much longer, according to two people familiar with the call. The private message hinted at a time limit on Mr. Biden’s ability to provide diplomatic cover for Israel’s actions.

And all but one member of the European Union, Hungary, called for an immediate cease-fire in an emergency meeting on Tuesday. They backed a statement that condemned rocket attacks by Hamas and supported Israel’s right to self-defense but also cautioned that it had “to be done in a proportional manner and respecting international humanitarian law,’’ according to the bloc’s foreign policy chief, Josep Borrell Fontelles.

Israel and Hamas were locked in cease-fire negotiations mediated by Egypt, Qatar and the United Nations, but no progress was reported Tuesday as Israeli airplanes continued to pound Gaza with missiles, and Hamas and its Islamist affiliates fired rockets into Israel.

At least 12 Israeli residents have been killed in the conflict; the latest were two Thai citizens who were hit by a rocket strike Tuesday afternoon at a food-packing site, the Israeli police said.

Inside Israel and the occupied territories, Palestinians held one of the largest collective protests in living memory. Hundreds of thousands of Palestinians went on general strike in Gaza, the West Bank and within Israel, protesting the Gaza war, the Israeli occupation, discrimination and violence against Palestinian citizens of Israel, and the expulsions of Palestinians from their homes in Jerusalem.

The demonstrations began peacefully but led to clashes in some places in the West Bank. Outside Ramallah, a group of Palestinians who had gathered separately from the protesters set fires on a major thoroughfare and later exchanged gunfire with Israeli soldiers, officials said. Three Palestinians were killed.