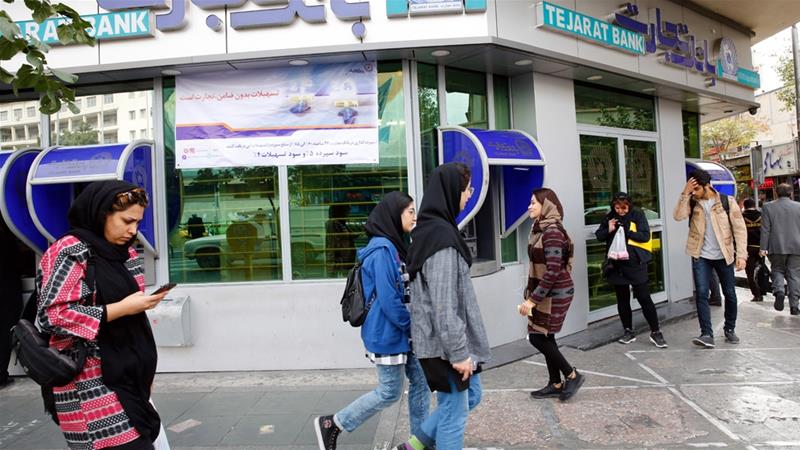 With the second round of sanctions against Iran, US President Donald Trump’s threat to impose the “toughest ever” punitive measures against the Islamic Republic is in full force, a reversal from his predecessor Barack Obama’s rapprochment towards Tehran.

In August, sanctions targeted Iran’s aviation industry, currency and even carpets. Now, except for a few countries, the rest of the world is cut off from Iran’s oil and gas market as well as its financial system.

Iran remains a signatory to the 2015 multilateral nuclear deal and UN inspectors said Tehran continues to adhere to its obligations. Trump unilaterally abandoned the agreement in May, paving the way for the imposition of US sanctions amid international opposition.

Now that the US sanctions are in place, experts said the two old adversaries would be engaged in a cat and mouse game, with Washington trying to enforce Trump’s order as rigorously as it could, and Tehran finding creative ways to bypass it.

US Secretary of State Mike Pompeo himself acknowledged that it would be “unsurprising” if Iran would try to bypass the sanctions.

Ali Sarzaeem, an economics advisor at the Center for Strategic Studies under the office of President Hassan Rouhani, said that there are several measures being considered to counter the US restrictions.

“The US is doing whatever it can to punish Iran, and we are doing whatever we can do to confront them,” Sarzaeem, who teaches at Tehran’s Allameh Tabataba’i University, told Al Jazeera.

So what steps could Iran take to bypass the US sanctions?

Iran has kept doing business with other countries amid sanctions through waivers obtained by its trading partners.

Pompeo did not say how long the waivers will last, but said they were granted to ensure oil prices are not destabilised if supply from Iran is abruptly removed from the international market. 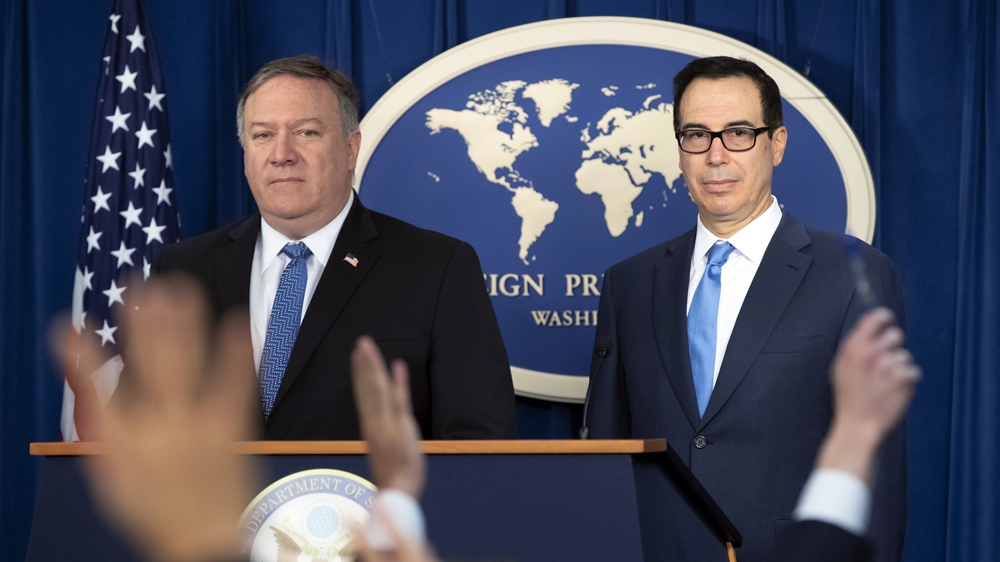 Pompeo said that since Trump announced the sanctions in May, more than a million barrels of Iranian oil were removed from the market, and that Tehran lost more than $2.5bn in oil revenues.

Trump boasted he will drive down Iran’s revenue to zero. But Iran said the granting of US waivers is a win for Tehran, as it allows it to sell oil beyond the deadline.

In September, Iran sold between 1.7 million and 1.9 million bpd of crude oil, according to a CNBC analysis. That number came down to 800,000 bpd from May, when the sanctions were announced. But the loss in volume was partly offset by the rise in the oil price.

On September 24, the European Union (EU) announced that it is setting up a new mechanism, the Special Purpose Vehicle (SPV).

EU Foreign Policy Chief Federica Mogherini said the SPV “will allow European companies to continue to trade with Iran in accordance with EU law and could be open to other partners in the world”.

EU, alongside the United Kingdom, Russia, Germany, France, China, the US and Iran were the original signatories of the 2015 deal, which is also known as the Joint Comprehensive Plan of Action (JCPOA).

Europe’s decision to create the SPV was seen as an act of defiance against Trump.

Essentially, the SPV acts as a clearing house handling payments from European companies to and from Iran, while avoiding the US sanctions that prohibit direct payment through the regular payment system.

For example, if a European energy company buys oil and gas from Iran, the payments are directed to the SPV. In turn, Iran will use the payments deposited in the SPV to buy permitted items from Europe.

It is not yet clear how the final SPV structure would like. Whether or not European companies would avail it also remains a question. Many European companies, such as Total, have profitable operations in the US, and they could get slapped with US sanctions if they insist on trading with Iran.

On Monday, Iran’s Foreign MInistry spokesman Bahram Qassemi counseled patience in the implementation of the SPV, but he also said the establishment of the new financial mechanism is “complicated and time-consuming”.

The SPV is still seen as another victory in Iran as it indicates Europe’s willingness to stand up to Trump.

In August, the EU also updated the Blocking Statute, thereby shielding European companies from Trump’s sanction, while allowing them to continue operating in Iran.

It also allows companies to recover damages arising from punitive sanctions, in this case, from the US. 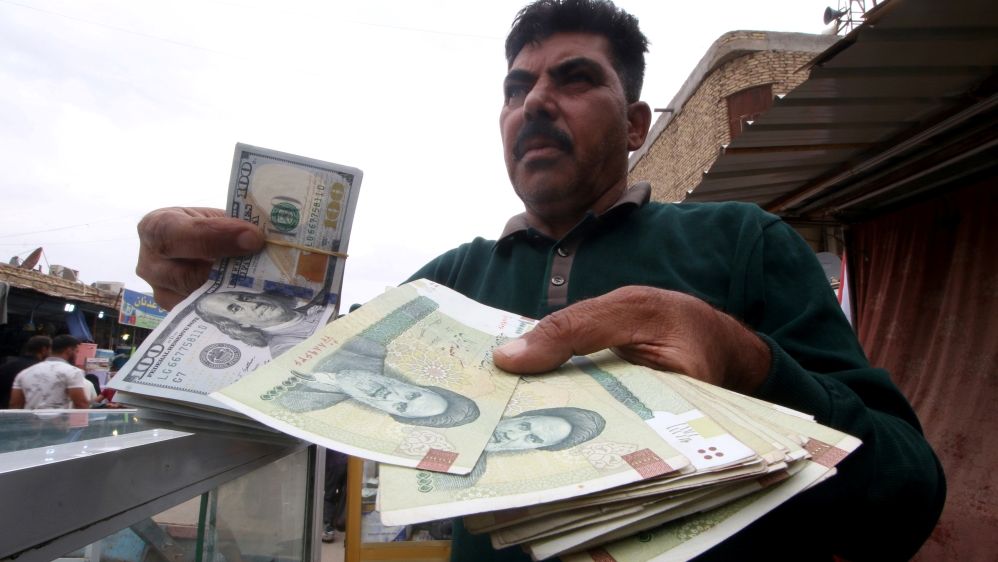 The law also forbids EU persons from complying with those kind of sanctions, unless exceptionally authorised by the European Commission.

While it could work for small businesses with no links to the US, the statute could have limited use in Iran, particularly among major European companies with global operations. Those companies are automatically exposed to possible US sanctions in the event they deal with Iran.

In late October, Iran announced that it has started offering oil for sale via its stock exchange, selling as much as 280,000 barrels of crude oil just minutes after the opening bell.

The idea of selling oil in the stock market first came up in 2000 during the previous period of sanctions, but is only implemented now.

According to Tasnim news agency, 280,000 barrels were traded in the Iran Energy Exchange (IRENEX) at $74.85 per barrel. On the first day of trading, a total of one million barrels of crude oil were eventually sold.

Essentially, private buyers from within Iran or abroad buy the crude oil. In turn, the buyers can sell the same product to the world market with less traceability.

The US Treausury’s Office of Foreign Assets Control (OFAC) maintains a list of sanctioned companies and individuals linked to the Iran case. But a new company not listed by OFAC can “legally” buy oil from Iran.

Mohammad Eslami, a Tehran-based sanctions experts said, that there are still other measures that the Iranian government is taking to circumvent the US sanctions.

Tehran is reluctant to discuss those measures openly as it does not want to compromise them, he said.

“All these structures, that the Iranians have built to confront these new sanctions, are unofficial,” said Eslami before adding that the measures included currency swap with other countries, and even crypto currency trading, adding that some entities are “already using it”. 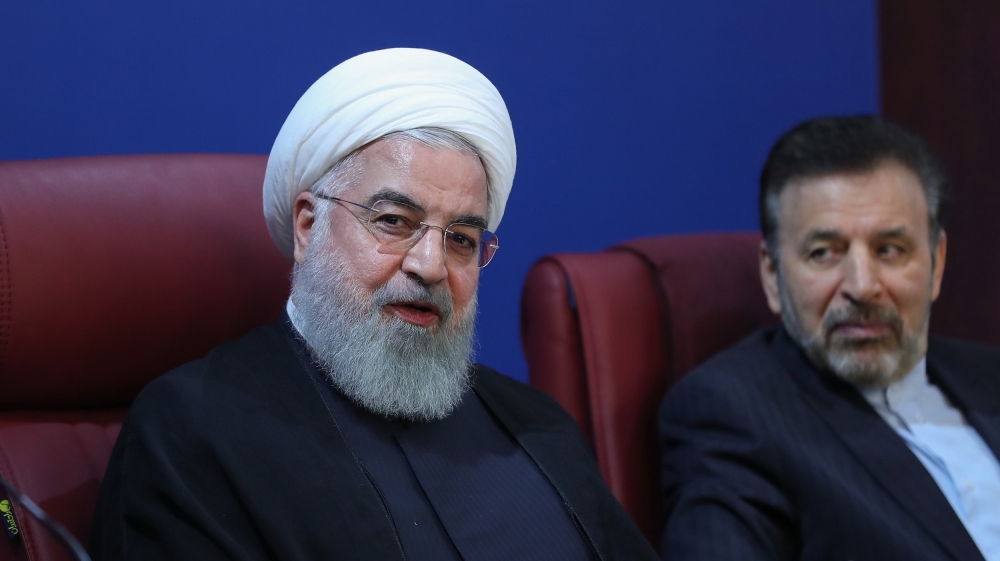 Iran’s partners like Russia and China also “would not be willing to talk about the alternatives”.

Russia, which has not been included in the US waiver, has denounced the sanctions, terming them “illegal”. There have been suggestions that Moscow would help Tehran bypass the sanctions by buying Iranian oil, then reselling them in refined form to Europe.

Pompeo had already issued a warning, saying the Trump administration “is fully prepared to do all that we can” to prevent efforts to bypass the sanctions.

He said that while Trump’s sanctions are “more measured”, the US president failed to establish a global consensus against Iran, as he “could not establish powerful group of supporters for his policy”.

“Gradually, the structure of sanctions will be less powerful.”