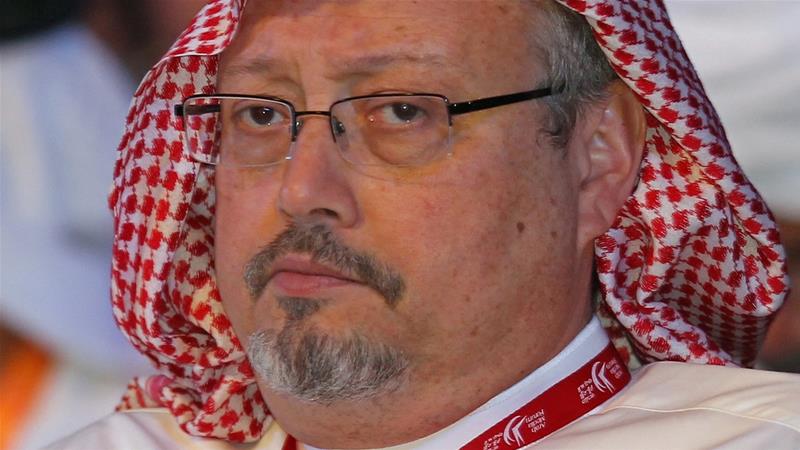 The head of investigations at the Turkish Daily Sabah newspaper has told Al Jazeera that Jamal Khashoggi’s last words were “I’m suffocating … Take this bag off my head, I’m claustrophobic”, according to an audio recording from inside the Saudi consulate in Istanbul.

Karaman said the murder lasted for about seven minutes, according to the recordings.

He said Saudi Arabia knows Khashoggi’s killer is among a group of 15 people who flew into Istanbul hours before the October 2 incident.

According to Karaman, the Saudi entourage covered the floor with plastic bags before dismembering Khashoggi’s body – a 15-minute process that was led by Salah al-Tubaigy, head of the Saudi Scientific Council of Forensics.

Karaman’s remarks come as Turkish police are ending the search for the body, but the criminal investigation into Khashoggi’s murder will continue, sources told Al Jazeera on Saturday.

Traces of acid were found at the Saudi consul general’s residence in Istanbul, where the body was believed to be disposed of with the use of chemicals.

Karaman said that Daily Sabah would soon publish images of the tools that were brought into the country and used by the Saudi group.

He added the Turkish newspaper would also publish some of the recordings that document the last moments of Khashoggi’s life.

Last month, Istanbul’s chief prosecutor said that Khashoggi was strangled as soon as he entered the consulate and that his body was dismembered, in the first official comments on the case.

Saudi Arabia has said it arrested 18 people and dismissed five senior government officials as part of an investigation into Khashoggi’s killing. Ankara, meanwhile, seeks extradition of the suspects.