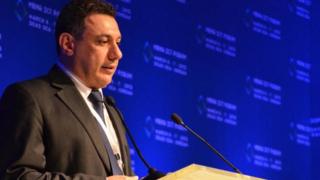 Iran’s judiciary has approved the conditional release of a Lebanese businessman imprisoned on charges of spying for the United States.

Judiciary spokesman Gholamhossein Esmaili said Nizar Zakka, who has US permanent residency, would be handed over to the Lebanese authorities.

The information technology expert was arrested while visiting Iran in 2015.

Lebanese media reported that Zakka had been pardoned at the request of Lebanon’s President, Michel Aoun.

But Iranian newspaper Sobh-e No asserted that his release was secured only following the intervention of Hassan Nasrallah, the leader of the Iran-backed Lebanese militant group Hezbollah.

Iran’s semi-official Fars news agency meanwhile said Zakka would be handed over to representatives of Hezbollah on Tuesday, rather than the top Lebanese security official who flew to Tehran earlier this week.