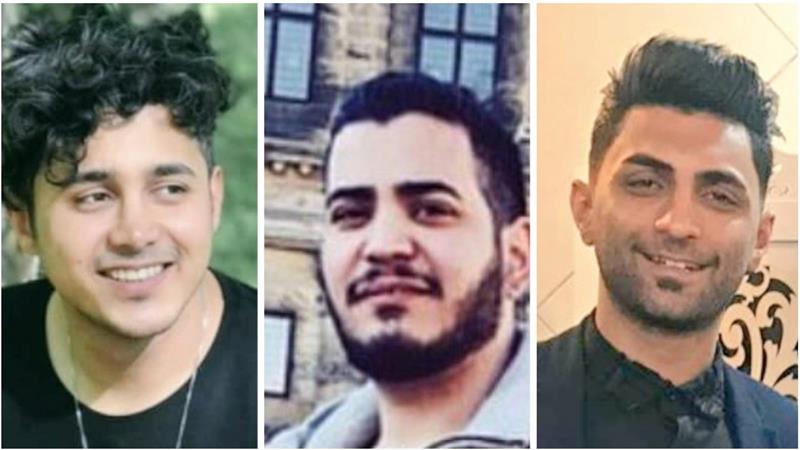 Iranians swarmed to social media to voice their opposition to death sentences handed down to three men who took part in mass protests last year.

The “unprecedented” drive saw the “Don’t execute” hashtag in Persian topping Twitter trends in Iran for more than 24 hours, Trendsmap data showed on Wednesday, after reaching 4.5 million retweets worldwide the day before.

The virtual campaign – which also generated thousands of posts on Instagram and Telegram – came after justice ministry spokesman Gholam-Hussein Ismaili said on Tuesday that the Supreme Court confirmed the death penalty for Amirhossein Moradi, 25, Mohammad Rajabi, 25, and Saeed Tamjidi, 27.

The three men were arrested on charges of “enmity against God” through acts of arson and vandalism during the wave of demonstrations that shook the country in November 2019 following a sudden spike in fuel prices.

“I’m next, you’re next, we’re next, do something” and “Iranians live matter too” read some of the posts widely shared online.

“I have never seen something of this scale,” said digital researcher Amin Sabeti based in the UK. “It’s one of the rare moments in my Persian websphere to see people on Instagram and Twitter coming together talking about one cause, especially a political argument.”

Human rights groups suggested the virtual protest against the Supreme Court’s ruling was “unprecedented” given how rarely Iranians take political or social discourse onto social media, and how broad the range of people who joined the campaign was – from politicians to pop singers to fashion trend-setters.

“[When] we do not recognise the right to peaceful and legal protest, the ground for violent protest is provided,” former member of parliament Mahmud Sadeghi wrote on Twitter.

“Do not make people more bitter in this sad time,” Oscar-winning filmmaker Asghar Farhadi said on Instagram, followed by other cultural icons such as rapper Hickhas.

After China, Iran is the top world executioner carrying out 251 death sentences last year, according to Amnesty International.

The human rights group warned on Wednesday of “an alarming escalation in use of the death penalty against protesters, dissidents, and minority groups in Iran”.

A few hours before the court’s decision, two Kurdish men were executed at Urumieh prison in West Azerbaijan province, while journalist Rouhollah Zam was sentenced to death in June.

As posts flooded social media, reports of the internet slowing down started emerging.

Some users of the new NHS contact-tracing app have received notifications saying they’d been near someone with coronavirus, only to discover the alerts were system…

It’s not polite to take a woman’s purse — and if she kicks your butt, you’d better say “thank you.” A mom and well-known etiquette…