Israel says its soldiers spotted four people near a frontier outpost overnight and destroyed them with air support. 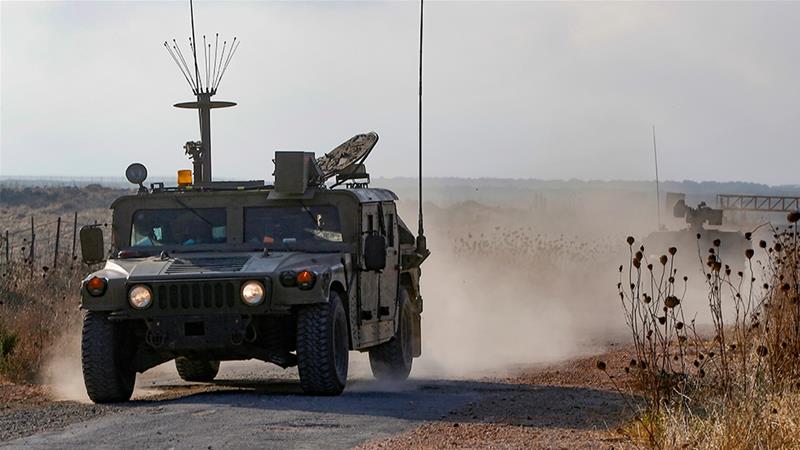 The Israeli army has said it targeted a group of four people who had planted explosives along the border fence with Syria on the occupied Golan Heights.

Soldiers spotted the group near a frontier outpost overnight and, backed by air support, “fired simultaneously towards the squad of four terrorists, a hit was identified,” the military said on Monday.

An Israeli army spokesman said it was too soon to say if the squad belonged to any organisation, but that Israel held “the Syrian regime accountable”.

Spokesman Lieutenant Colonel Jonathan Conricus said there were no Israeli casualties from the attack in the southern part of the Golan Heights. 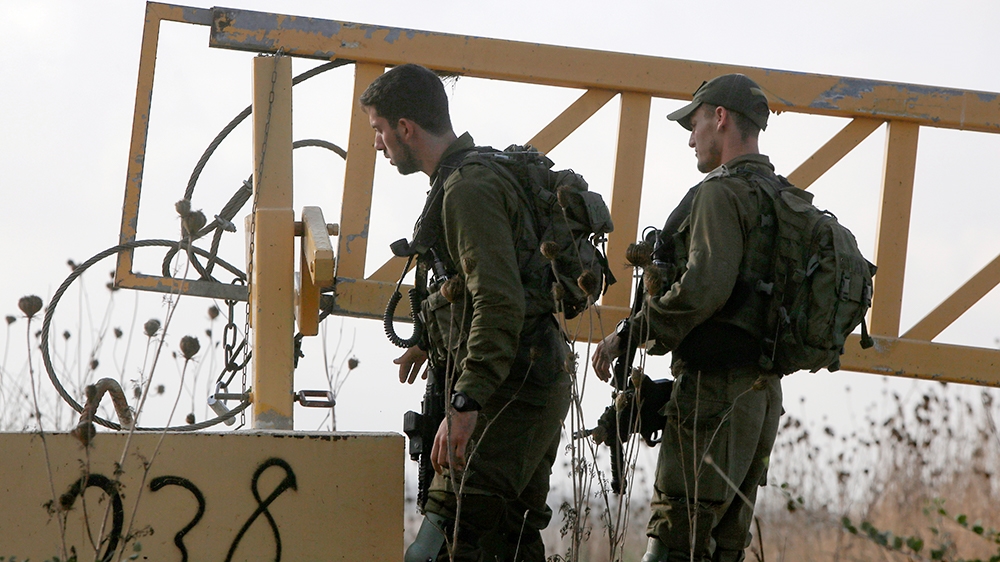 Israel captured the Golan Heights from Syria in a 1967 war and later annexed it in a move that was not recognised by the international community.

…and the moment we stopped them.

We will continue to defend Israel’s borders from all enemy threats. pic.twitter.com/bQPGPiJFlg

Tensions have risen in recent weeks along the Israel-Syria frontier after a fighter belonging the Iran-backed Lebanese Shia group Hezbollah was killed in an apparent Israeli air attack on the outskirts of Damascus.

Israel has since boosted the number of forces on its northern front, where it borders Lebanon and Syria.

Al Jazeera’s Harry Fawcett, reporting from occupied West Jerusalem, said it was unclear whether the incident on the Syria border was a Hezbollah retaliation to the recent attack or an unrelated incident.

“Hezbollah says it will still avenge the fighter who was killed last month,” he said, adding that the response would be presumably coming from the Lebanese territory according to the group’s statements.

Conricus told reporters the army had noticed “irregular activity” in the border area for about a week and had a commando team waiting there in ambush.

Several Israeli media outlets reported that the moves were made in response to a perceived heightened threat from Hezbollah, which has a significant presence in Syria.

The army said a search of the area was being carried out.