Blue and White party leader Benny Gantz’s mandate to form a government is set to expire on Monday. 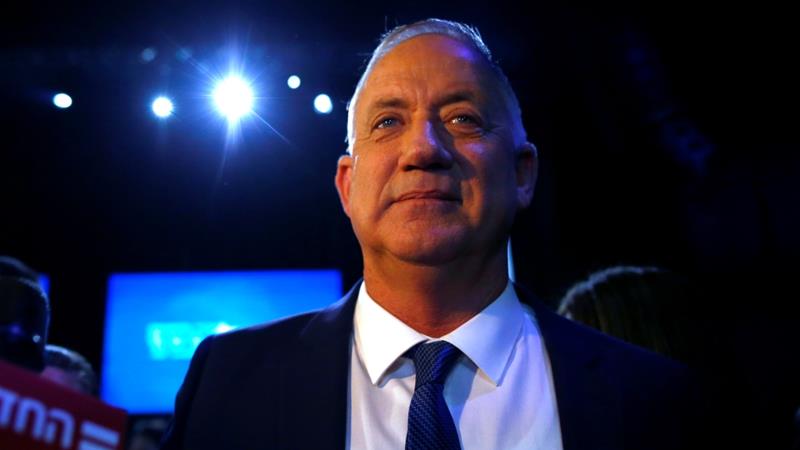 Ex-military chief Gantz was given the mandate to form a government four weeks ago by President Reuven Rivlin following Israel’s March 2 election, the country’s third inconclusive vote in a year.

Then in a surprise move last month, Gantz was elected speaker of Israel’s parliament, or Knesset, and pledged to seek an emergency unity alliance with Netanyahu to ease the political deadlock and help the country tackle the coronavirus pandemic.

While his mandate to form a government runs until the end of Monday, Gantz was no longer actively engaged in talks to forge a coalition led by him as prime minister.

Instead, he was widely believed to be pursuing a unity deal that would see Netanyahu remain as prime minister for a defined period, possibly then handing power to Gantz.

Despite reports of progress from the two sides – and from Israeli media – no deal has been agreed upon.

Late on Saturday, Gantz asked Rivlin for an extension of his mandate.

In response, Rivlin told Gantz: “In the current circumstances no extension would be possible.”

“The president made his decision after also speaking to … Netanyahu, who did not confirm in their conversation that the parties are close to signing an agreement that would lead to a unity government,” a presidency statement said.

If no unity agreement is reached by the end of Monday, Rivlin will likely ask the Knesset to nominate a candidate to become prime minister.

Blue and White, a centrist alliance led by Gantz, said in a statement that “the attempts by the negotiating teams to arrive at a unity government are still ongoing”.

Some of the key differences between the two parties were their position on the judiciary, where Netanyahu wants to have more control over the appointment of judges, which Gantz refuses. The other issue was whether Israel should annex part of the occupied West Bank, a move considered a violation of international law.

Palestinians want Israel to end its occupation of the West Bank and East Jerusalem and for these territories to form part of an independent state of Palestine as stipulated by the 1993 Oslo agreement between Israel and the Palestinians.

Before the unity government talks between Blue and White and Likud, Gantz had floated the idea of forming a government with the backing of the Joint List, a mainly Palestinian Arab political coalition in Israel, which had won 15 seats in the last elections becoming Israel’s third-largest party.

Ahmad Tibi, a member of the Knesset from the Joint List, told Al-Jazeera that Gantz’s failure to form a government was not a surprise.

“This was an expected development because Gantz allowed Netanyahu to manipulate him so he would submit to his will and then enter the unity government humiliated,” he said

Tibi said the Joint List would not consider backing Gantz.

Israel has confirmed nearly 11,000 cases of coronavirus and there have been widespread calls for an agreement on an interim unity government to lead the country through the global pandemic.