Court gives Jewish settler three life sentences for murdering a Palestinian toddler and his parents in an arson attack. 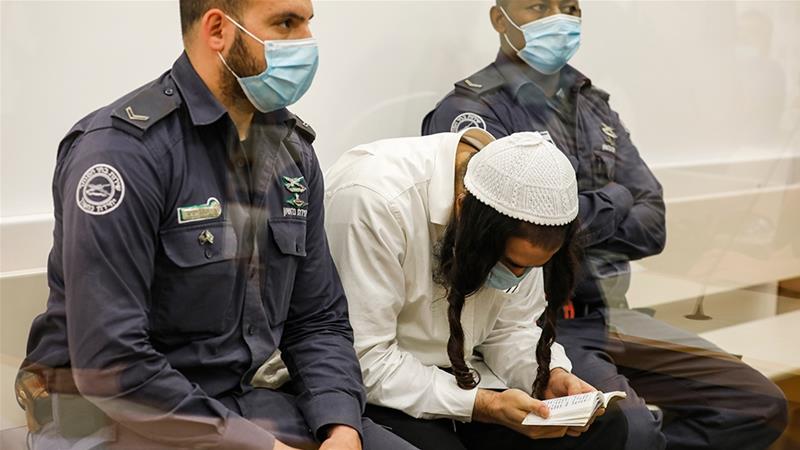 An Israeli court handed a Jewish settler three life sentences on Monday for murdering a Palestinian toddler and his parents in an arson attack on their home in the occupied West Bank.

Amiram Ben-Uliel, 25, was sentenced by the Lod court following his conviction in May for the 2015 killings. He was also found guilty of two counts each of attempted murder and arson, along with conspiracy to commit a hate crime.

The court said Ben-Uliel’s “actions were meticulously planned, and stemmed from the radical ideology he held and racism”. It said the punishment was “close to the maximum penalty prescribed by the law”.

The Dawabsheh family said no prison sentence could atone for the crime.

“What will the court’s decision give me? What will it give to Ahmad?” the child’s grandfather, Hussein Dawabsheh, told reporters outside the courtroom on Monday. “It won’t return anything to him.”

The 2015 arson attack came amid a wave of vigilante attacks on West Bank Palestinians by Jewish settlers.

Ben-Uliel had sought to avenge the killing of an Israeli a month earlier. He chose the Dawabsheh family home and another dwelling in Duma village, near Nablus, on the assumption they were inhabited and, before firebombing them, spray-painted “Revenge” and “Long Live King Messiah” on their walls.

Ben-Uliel was acquitted of a charge of belonging to a “terrorist” organisation.

He first threw a Molotov cocktail through the window of a house whose inhabitants were not at home.

He then proceeded to the Dawabsheh house and threw a second petrol bomb through the bedroom window where the couple and their two children were sleeping, before fleeing.

The murders shone a spotlight on Jewish attacks on Palestinians and sparked accusations that Israel had not done enough to prevent such violence. Critics said lesser attacks on mosques or churches had long gone unpunished.

As the investigation into the Duma attack dragged on, Palestinians complained of a double-standard, where Palestinian suspects are quickly rounded up and prosecuted under a military legal system that gives them few rights, while Jewish Israelis are protected by the country’s criminal laws.

Ben-Uliel belonged to a movement known as the “hilltop youth”, a leaderless group of young Jewish settlers who set up unauthorised outposts, usually clusters of trailers, on West Bank hilltops – land the Palestinians want for their hoped-for state.

The Hilltop Youth have been known to attack Palestinians and even to clash with Israeli soldiers in response to perceived moves by the government to limit settlement activity.

A second, underaged defendant in the case entered a plea deal last year in which murder charges against him were reduced to conspiracy charges. The youth had admitted to staking out Duma ahead of the attack with Ben-Uliel, but was said not to have participated in it.

Ben-Uliel said Israeli investigators had forced him to make a false confession to the attack.

The convicted man’s wife, Orian Ben-Uliel, told reporters outside the courtroom following the sentencing “the judges didn’t seek justice or truth. They decided to incriminate my husband at any price”, and the family would appeal to the country’s Supreme Court. 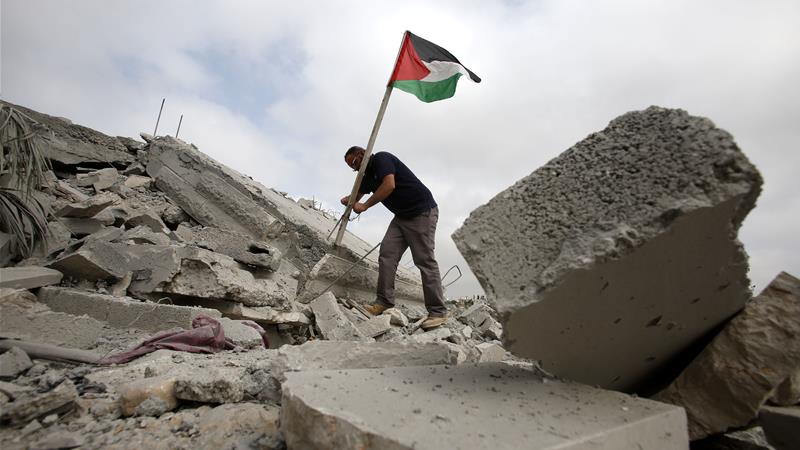