As the pandemic in the country worsens, officials warn that new restrictions might not be enough to cut infection rates significantly. Many people question the logic and motives behind the rules. 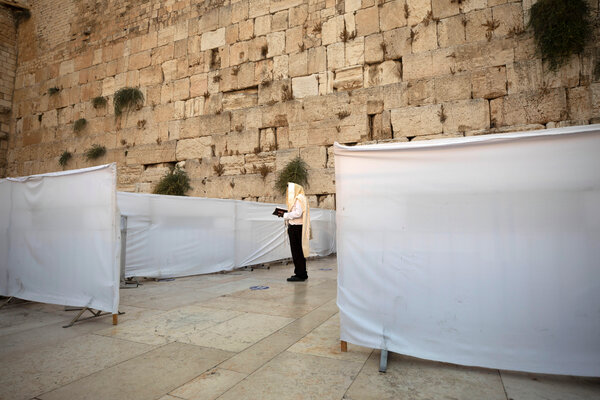 JERUSALEM — As Israelis prepare to celebrate the holiest days on the Jewish calendar under a fresh lockdown, organizing prayer services is proving to be more of a mathematical brainteaser than a spiritual exercise.

Rabbis are having to arrange worshipers into clusters of 20 to 50, separated by dividers, determining the number and size of the groups based on complex calculations involving local infection rates, and how many entrances and square feet their synagogues have. Masks will be required, and many seats will have to remain empty.

With the coronavirus rampaging again, Israel will become the one of the few places in the world to go into a second lockdown, which will take effect on Friday, on the eve of Rosh Hashana, the Jewish New Year. The government has issued a list of restrictions — along with a plethora of exemptions that many criticize as a formula for confusion and noncompliance.

The atmosphere in the run-up to the holidays was more despairing than joyous.

“These are not the holidays we were hoping for,” said Rabbi Kenneth Brander, the president of Ohr Torah Stone, an Israel-based Jewish education group with emissaries around the world. “The fragility of life is upon us, but I see people rising to the occasion.”

The three-week national lockdown was timed to coincide with the Rosh Hashana and Yom Kippur holy days and the festival of Sukkot, in the hope of causing less economic damage because business slows down in any case around the holidays. It was also aimed at preventing large family meals that could become petri dishes for the virus.

For many Jews, the loss will be emotional rather than economic, taking from them gatherings and rituals they have always relied on to tighten family and community bonds.

Israel successfully limited the spread of the virus in the spring, but recently its infection rate has spiraled into one of the world’s worst. The country has had more than 300 confirmed new cases per 100,000 people over the last week — more than double the rate in Spain, the hardest-hit European country, and quadruple that of the United States.

Schools closed on Thursday, just two weeks after they had reopened. Starting Friday, people will be required, in general, to stay within 1,000 meters — about 1,100 yards — of home.

But the limit on movement is peppered with so many exceptions — to work, exercise, demonstrate, buy essentials and fulfill a variety of religious obligations — that many Israelis question the logic and motivation behind them.

The dizzying policy shifts continued on Thursday evening. With health officials warning that the relatively loose lockdown was unlikely to dramatically cut down infection rates, Prime Minister Benjamin Netanyahu said there might be “no choice but to be more rigid with the regulations.” 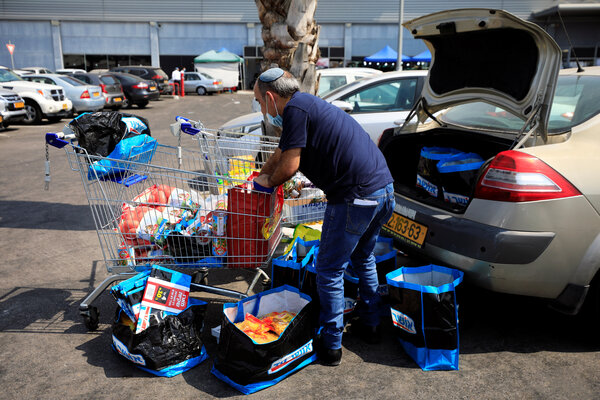 At the same time, a parliamentary committee had argued for loosening the restrictions on movement, doubling the radius from 500 meters to 1,000. The cabinet approved that change overnight between Thursday and Friday.

“All the zigzagging confuses people,” said Karin Azizian, 45, a homemaker from Emunim, a village in central Israel. “They don’t have any belief in the government.”