Its progress in vaccinating Israeli citizens against Covid-19 has laid bare a fiery debate over its duties in ensuring the health of Palestinians in occupied territory. Most have yet to get a first dose. 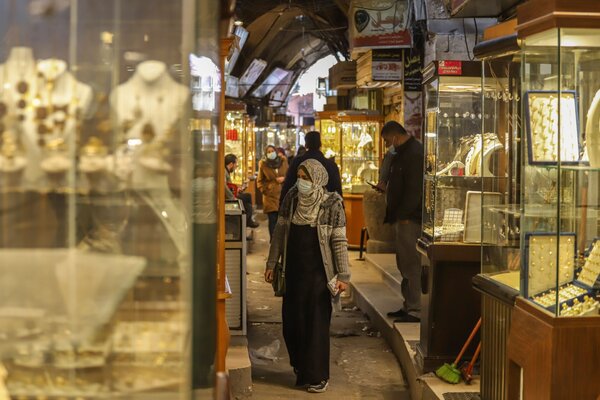 JERUSALEM — Israel quickly became the world leader in vaccinating its population against Covid-19, but almost all Palestinian residents of the occupied West Bank are still waiting for their first doses of the inoculation.

That disparity has set off a roiling debate about Israel’s responsibilities as an occupying power in one of the world’s most protracted territorial feuds.

To Israel’s critics, international law obligates Israel to give Palestinians access to vaccines comparable to what it offers its own citizens. But supporters of Israel’s policies contend that the Palestinians assumed responsibility for health services for their population when they signed the Oslo Accords in the 1990s.

While the Palestinians’ glaring vulnerability to the virus lessened somewhat this week — the Palestinian Authority officially launched a vaccination campaign by giving frontline medical workers doses received from Israel — the contrast with Israel remains striking. The disparity also reflects in part the stark inequality in access to vaccines between rich countries like Israel and other areas of the developing world.

The Palestinian vaccine campaign still lags far behind that of Israel, which with a population of about 9.2 million has already inoculated more than 3.3 million people with a first dose. They include a substantial percentage of the roughly 450,000 settlers living alongside Palestinians in the West Bank, who number between 2.5 million and three million.

It remains unclear precisely when the roughly two million Palestinians in Gaza, the blockaded enclave controlled by the militant anti-Israel group Hamas, will begin to receive vaccinations.

For the small number of Palestinian doctors and nurses who received vaccines on Wednesday, it was a moment of relief.

“Praise God, I feel great,” said Ayman Abu Daoud, 49, a nurse based in Bethlehem who has been administering coronavirus tests over the past 11 months. “The vaccines are giving us hope we will overcome the pandemic, but we still have a long way to go.” 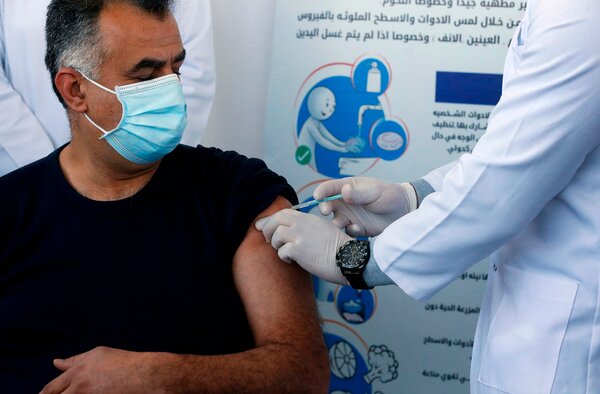 Bassil Bawatneh, the director of an eye hospital near Ramallah that has been transformed into a coronavirus treatment center, called the vaccination of medical teams “a very crucial step.”