Opposition CHP’s Imamoglu takes office and tells thousands that he will treat all of Istanbul’s residents as ‘equals’. 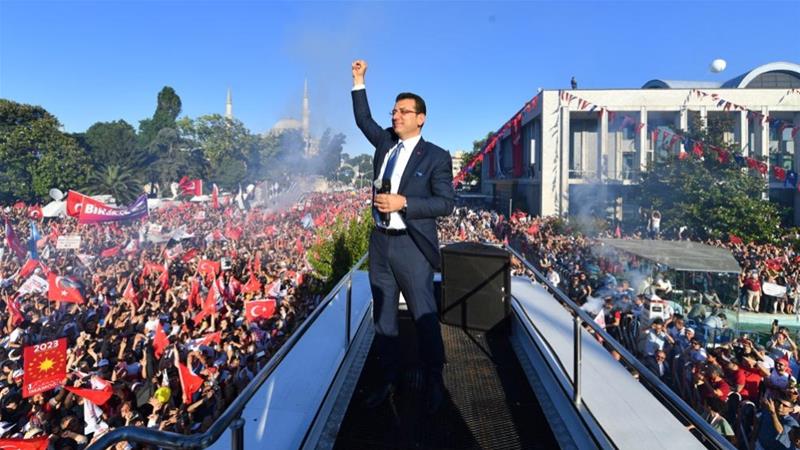 Istanbul’s new mayor Ekrem Imamoglu has officially taken office on Thursday, before addressing throngs of supporters in front of the municipality headquarters of Turkey’s most-populous city.

“Today is a celebration of democracy,” he told the cheering crowds, adding: “Nobody has the right to ignore the will of the people.”

Imamoglu thanked all of Istanbul’s 16 million residents, as thousands of supporters jamming the streets waved the Turkish national flag, celebrating his landslide victory last Sunday in the second mayoral election in less than three months.

None of Turkey’s main television channels, seen as cowed by the government of President Recep Tayyip Erdogan, carried Imamoglu’s speech.

“The people of Istanbul taught a lesson to a handful of people who wanted to harm democracy,” Imamoglu said, adding that he would treat all the citizens of Istanbul as “equals”, regardless of their background or political views.

It is the second time this year that Imamoglu of the main opposition Republican People’s Party (CHP) has been handed the mandate to become the city’s mayor.

His first election victory in March by a slim margin was annulled by the Supreme Electoral Council after controversial claims of rigging by President Erdogan and his Justice and Development (AK) Party.

Imamoglu was forced to step down after serving 18 days as mayor. 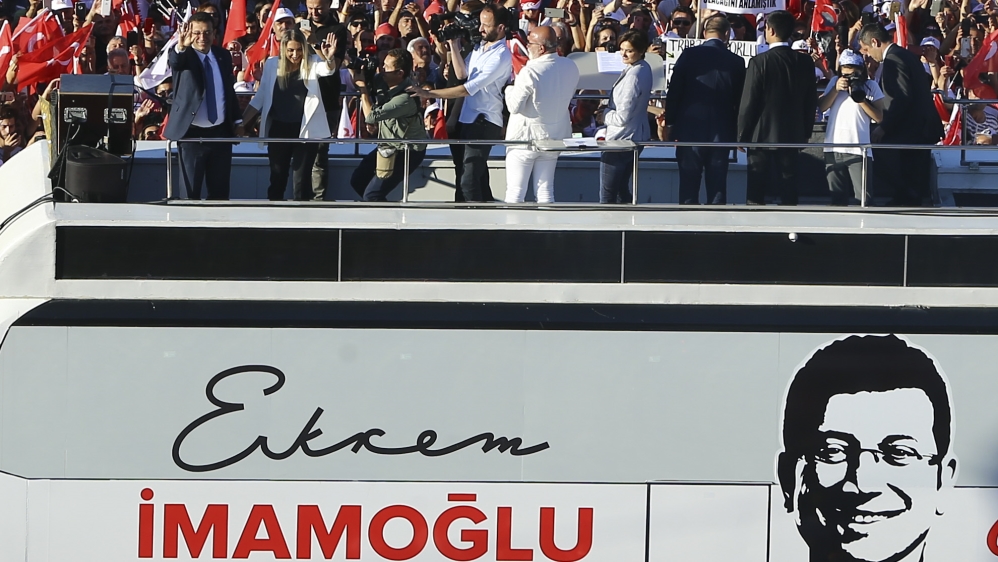 However, he won a decisive win in the rerun, increasing his margin of victory from just 13,000 in March to more than 800,000 against the AK Party candidate, former Prime Minister Binali Yildirim.

The final results are expected to be announced in the coming days after the YSK evaluates objections.

Earlier in the day, the local electoral authority gave Imamoglu his official mandate certificate at the Caglayan courthouse, before a handover ceremony at the municipality headquarters with Governor Ali Yerlikaya, who had been serving as interim mayor.

Istanbul is seen as Turkey’s financial and cultural capital. The metropolis had been governed by the AK Party and its political predecessors for the past 25 years.

Erdogan, who once said that winning Istanbul was like winning all of Turkey, has accepted Imamoglu’s victory and congratulated him in a tweet earlier in the week.

“We don’t have the luxury of turning a deaf ear… to the message given by our people,” he told party members on Wednesday. 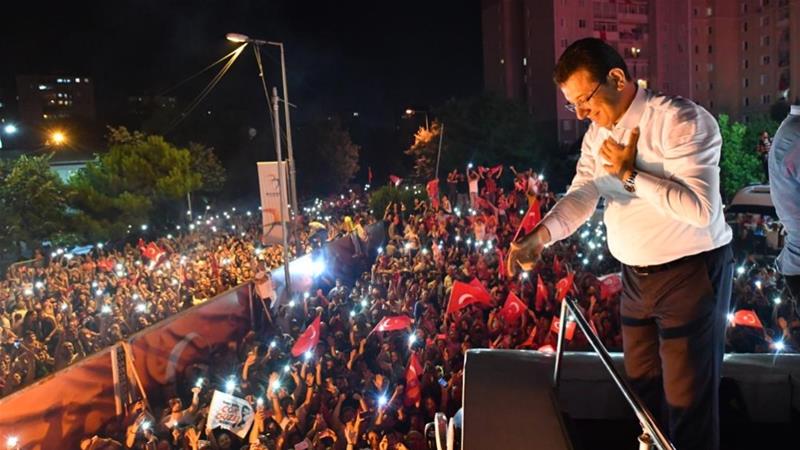 Turkey: How will AK Party try to fix erosion of electoral base?