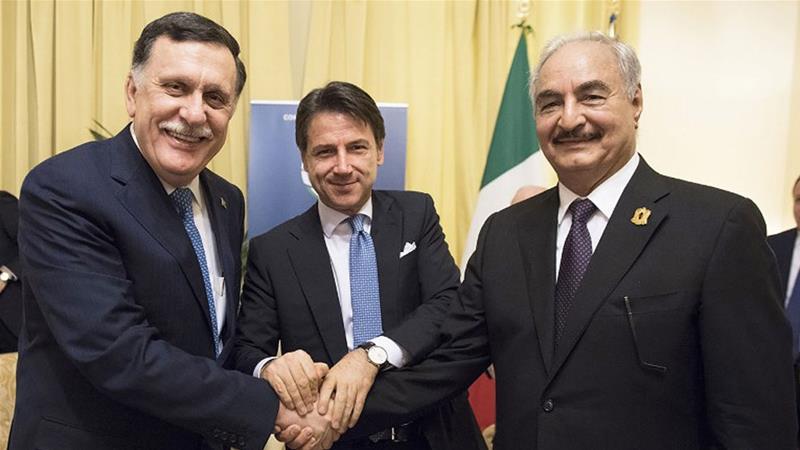 Palermo, Italy – An international conference on Libya has ended in the Italian city of Palermo with commitments but no binding agreement by warring factions to a United Nations-led road map envisaging elections next year.

In a joint press conference on Tuesday, UN Special Envoy for Libya Ghassan Salame and Italian Prime Minister Giuseppe Conte described the two-day summit as a “success” and a “first step in the right direction” – but walked away with no more than verbal pledges.

“Palermo was a milestone for Libyans to set a common framework,” Salame said, referring to the plan for a national conference and subsequent elections to be held in the first months of 2019.

The UN envoy said renegade General Khalifa Haftar, the most reluctant to engage in the UN-led process, was “committed to support” the proposed road map.

However, the summit ended without a written agreement and with no clear timetable either for the national conference or the election process.

It was also unclear whether the parties found any common ground with regards to the additional economic and security measures needed to stabilise war-wracked Libya and give respite to its languishing economy in view of the upcoming consultations.

‘You don’t change a horse in midstream’

More than seven years since a NATO-backed uprising toppled longtime ruler Muammar Gaddafi, Libya remains deeply fragmented along tribal and ethnic lines and caught up in a spiral of violence at the hands of rival militias.

In addition, the difficulties to enact reforms is exacerbated by the existence of two rival parliaments – the internationally recognised Government of National Accord in the capital, Tripoli, and the eastern-based House of Representatives (HOR).

The UN and most of the international community support Fayez al-Serraj, the head of GNA. Al-Serraj, whose administration has been grappling with a prolonged security and economic crisis, has attempted to broaden the base of his political consensus in a bid to salvage his executive.

The other front, led by HOR and Haftar, whose self-styled Libyan National Army controls much of eastern Libya, perceives al-Sarraj as incapable of bringing back security to Tripoli as well as to the rest of the country, where rival militias and criminal gangs continue to rule undisturbed.

However, Haftar on Tuesday apparently expressed his intention to wait for the national conference and elections to take place, before seeking a forcible change in Tripoli.

“You don’t change a horse in midstream,” he was reported as saying to his rival al-Serraj at an informal meeting on the sidelines of the conference.

If confirmed, Haftar’s decision may buy time for GNA and the UN mission to improve security measures in Tripoli and across Libya in view of the proposed elections in the spring.

“We need to support the current ceasefire and extend it if we are to move the political process forward,” Salame said in Tuesday’s press conference. In September, the envoy brokered a ceasefire after weeks of clashes between militias in and outside of the capital.

For his part, Conte said he regretted that some of the delegates decided to walk out of the the conference, referring to Turkish Vice President Fuat Oktay’s withdrawal from the plenary meeting.

The Turkish delegation was apparently disappointed at not being invited to join the informal meeting between Haftar and al-Serraj.

“I am sorry the Turkish delegation decided to leave,” said Conte.

“Bringing together 30 countries with a direct or indirect involvement in Libya, means exposing the meeting to different sensitivities. This doesn’t change the positive atmosphere we registered overall.”

Sources close to Haftar – believed to be backed by Russia, Egypt and France – had expressed his disappointment at the presence of Turkish and Qatari officials at the conference.

Conte said his government is ready to assist the stabilisation process both financially and with capacity-building initiatives like the training of security and police forces. He added that Rome Italy had already pledged 1.5m euros ($1.7m) for elections. 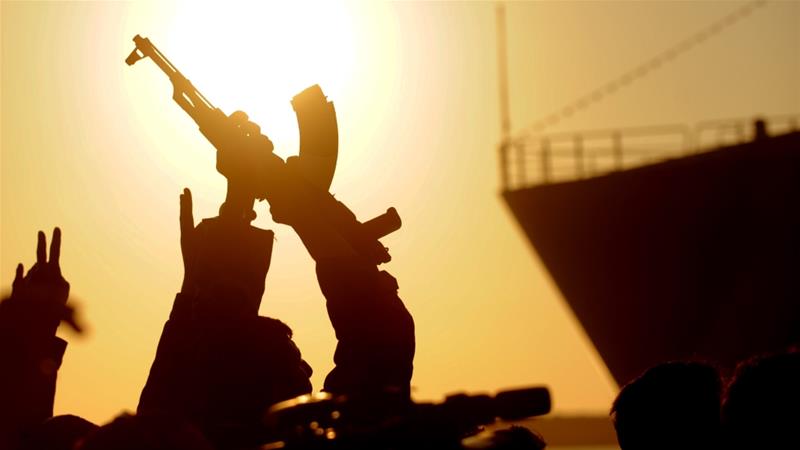 The Lust for Libya: How a Nation was Torn Apart