Kuwait did not reveal nature of Sheikh Sabah Al Ahmad Al Sabah’s illness or what treatment was planned in the US. 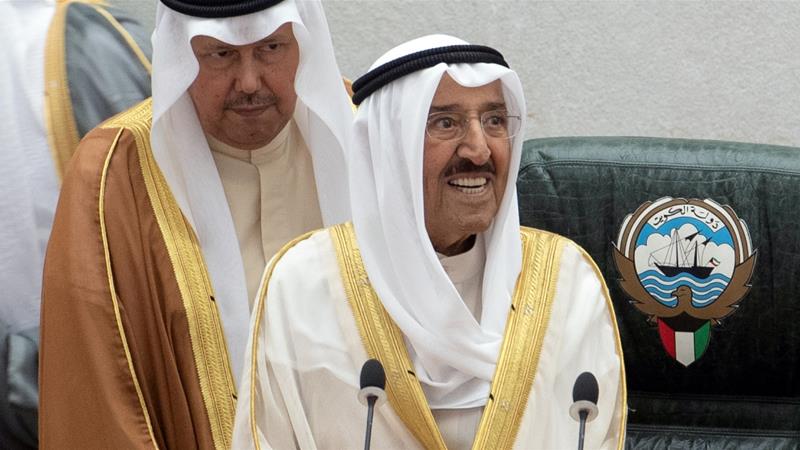 KUNA quoted a statement from the country’s royal court saying Sheikh Sabah would leave “based on advice from the medical team treating His Highness to complete his treatment after a successful surgical procedure”.

No details were shared on what required Sheikh Sabah Al Ahmad Al Sabah to seek a previously unannounced medical treatment beginning on Saturday and a surgery on Sunday.

The statement, attributed to Sheikh Ali Jarrah Al Sabah, the country’s royal court minister, did not elaborate or say where in the US the emir will receive treatment.

Under Kuwaiti law, when the emir is absent, Sheikh Nawaf, the emir’s half-brother, is appointed acting ruler.

Sheikh Nawaf is an elder statesman who has held high office for decades, including the defence and interior portfolios.

A copy of the ministerial decree posted by Kuwait‘s official gazette, Kuwait Al-Youm, and seen by The Associated Press on Sunday, said the crown prince would be empowered for “the duration of a surgical procedure until the health event is over”.

In September 2019, Sheikh Sabah underwent medical tests shortly after arriving in the US, leading to a meeting with President Donald Trump being called off.

The emir had his appendix removed in 2002, two years after having a pacemaker fitted. In 2007, he underwent urinary tract surgery in the US.

He is widely regarded as the architect of modern Kuwait’s foreign policy.