Prime Minister Khan due to address session in the capital, as military leadership also meets to discuss Indian move. 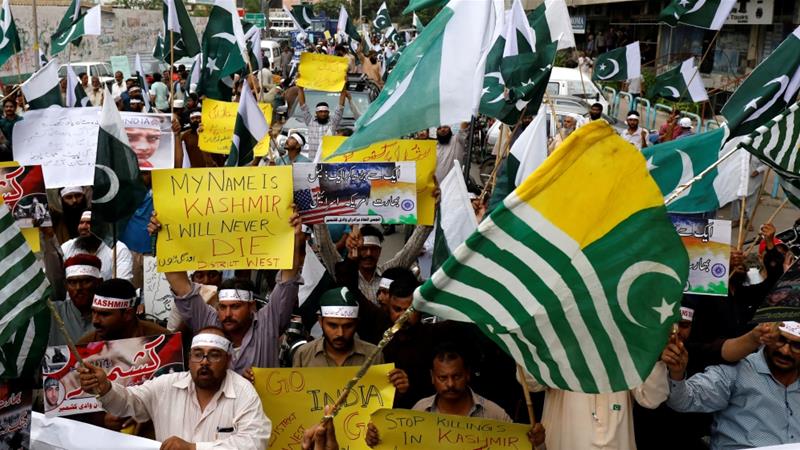 Islamabad, Pakistan – Pakistan’s parliament is set to discuss the Indian government’s decision to scrap a special constitutional status for the disputed territory of Kashmir, with Pakistan’s top military leadership also due to convene on the issue.

A joint sitting of parliament was scheduled for Tuesday morning in the capital Islamabad. Pakistan’s Prime Minister Imran Khan was due to address the session, a statement from his office said.

The Pakistan army chief also met his top commanders in Rawalpindi on Tuesday, with the military spokesperson confirming in a statement that “Pakistan never recognised the sham Indian efforts to legalise its occupation of Jammu & Kashmir through article 370 or 35-A decades ago”.

“Pakistan Army firmly stands by the Kashmiris in their just struggle to the very end. We are prepared and shall go to any extent to fulfil our obligations in this regard,” said army chief General Qamar Javed Bajwa, according to the military spokesperson.

On Monday, India’s Minister of Home Affairs Amit Shah told Parliament in New Delhi that the president signed a decree abolishing Article 370 of the Indian constitution, which gave special autonomy to the India-administered portion of the Muslim-majority Himalayan region.

Speaking to a Pakistani television channel on Monday night, Pakistan’s Foreign Minister Shah Mehmood Qureshi said his country would be approaching the United Nations Security Council to take up the issue.

“Pakistan has not just rejected this step, we have condemned it,” said Qureshi.

“This was and is a disputed issue, and even now if India thinks that with these amendments it can change its basic legal status, it is wrong.”

Qureshi is due to attend a special meeting of the Organisation of Islamic Conference (OIC) on the situation in Kashmir in Jeddah on Tuesday, Pakistan’s Foreign Office spokesperson said on Twitter.

India and Pakistan gained independence from British rule in 1947. Since then, both countries have fought two of their three wars over the mountainous region of Kashmir, which both claim in full but administer separate portions, divided by the Line of Control.

Hundreds of people in the Pakistani city of Lahore also gathered to protest against the decision, with demonstrations also taking place in Islamabad and other major cities.

Earlier on Monday, Pakistan’s Foreign Office hit back at the Indian decision, saying Islamabad will “exercise all possible options to counter the illegal steps”.

“Pakistan strongly condemns and rejects the announcements made today by the Indian Government regarding the Indian Occupied Jammu & Kashmir,” said a Pakistan Foreign Office statement.

Prime Minister Khan also spoke to leaders of Turkey and Malaysia to brief them on the situation on Monday, according to statements from his office.

“[PM Khan] underscored that this illegal move by India would deteriorate the peace and security of the region and would further undermine the relations between two neighbors with strategic capabilities,” read the statement on his call with Malaysian Prime Minister Mahathir Mohamad.

India sent thousands of additional troops to the region in the lead up to the announcement, imposing a curfew on parts of the territory, shutting down telecommunications and arresting political leaders.

On Sunday, Khan condemned the “irresponsible, unilateral and irrational behaviour” by India in the disputed territory, with the country’s top civilian and military leaders warning New Delhi’s crackdown was destabilising the region. 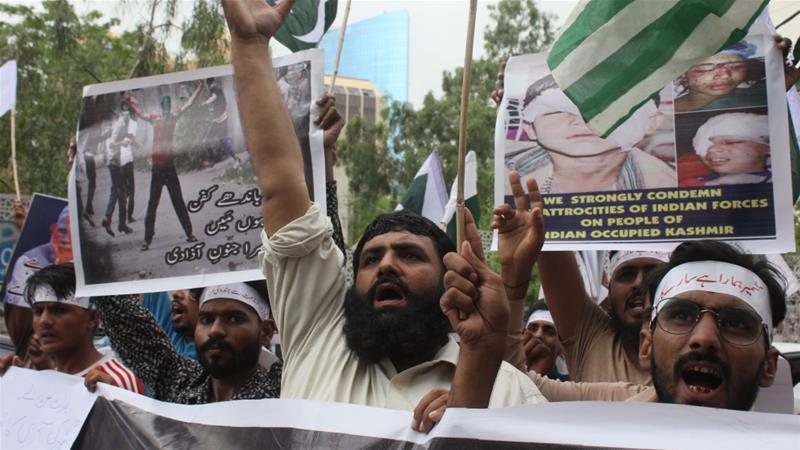 Why was India-administered Kashmir’s status revoked?