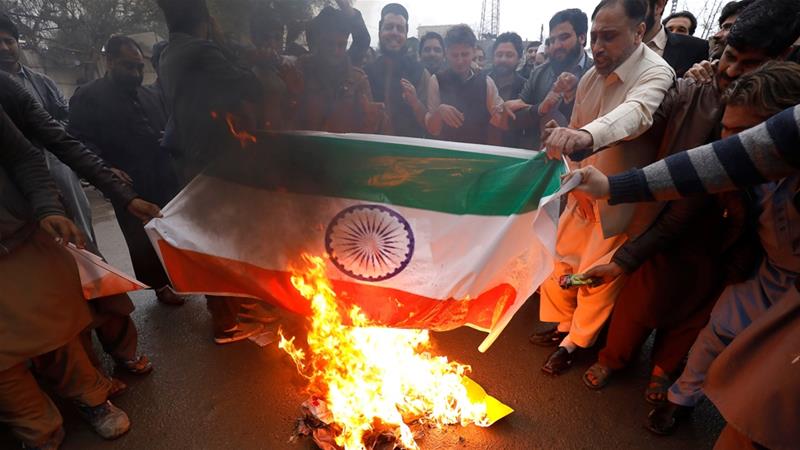 Islamabad, Pakistan – Pakistan says it reserves the right to respond to Indian air raids on its territory early on Tuesday morning and has called a meeting of its top nuclear command authority, as tensions peak between the South Asian neighbours.

“In this operation, a very large number of JeM terrorists, trainers, senior commanders and groups of jihadis who were being trained for [suicide] action were eliminated,” Foreign Secretary Vijay Gokhale told reporters in New Delhi.

Pakistan, however, disputed the claim, saying that India was “lying” and that no casualties occurred from the attacks.

“There is not even a single brick in the debris,” said Pakistani military spokesperson Major General Asif Ghafoor at a press conference at military headquarters in Rawalpindi.

Ghafoor invited foreign diplomats and media to visit the area to verify Pakistan’s version of events.

“The payload was dropped near the forest in Batrasi, it is totally uninhabited,” said Khalid Chaudhry, a local journalist. Two other journalists at the scene corroborated that version of events.

The Reuters news agency quoted a local villager as saying he heard four loud bangs, but that damage was limited to trees and one house.

Local residents told Al Jazeera the area was once home to a JeM training camp, but that it had been shut “years ago”. They spoke on condition of anonymity, given the sensitivity of the subject.

“[The] forum strongly rejected Indian claim of targeting an alleged terrorist camp near Balakot and the claim of heavy casualties,” read a government statement. “Once again, Indian government has resorted to a self-serving, reckless and fictitious claim.”

“Pakistan shall respond at the time and place of its choosing,” the statement said.

Ghafoor echoed Khan’s threat, saying that while Pakistan had not initiated military action, it now reserved the right to respond.

“Now, it is time for India to wait for our response,” he said. “The response will come at the point and time of our choosing, wherever the civil and military leadership decides and has, as a matter of fact, decided.

“It is your turn now to wait, and get ready for our surprise.” 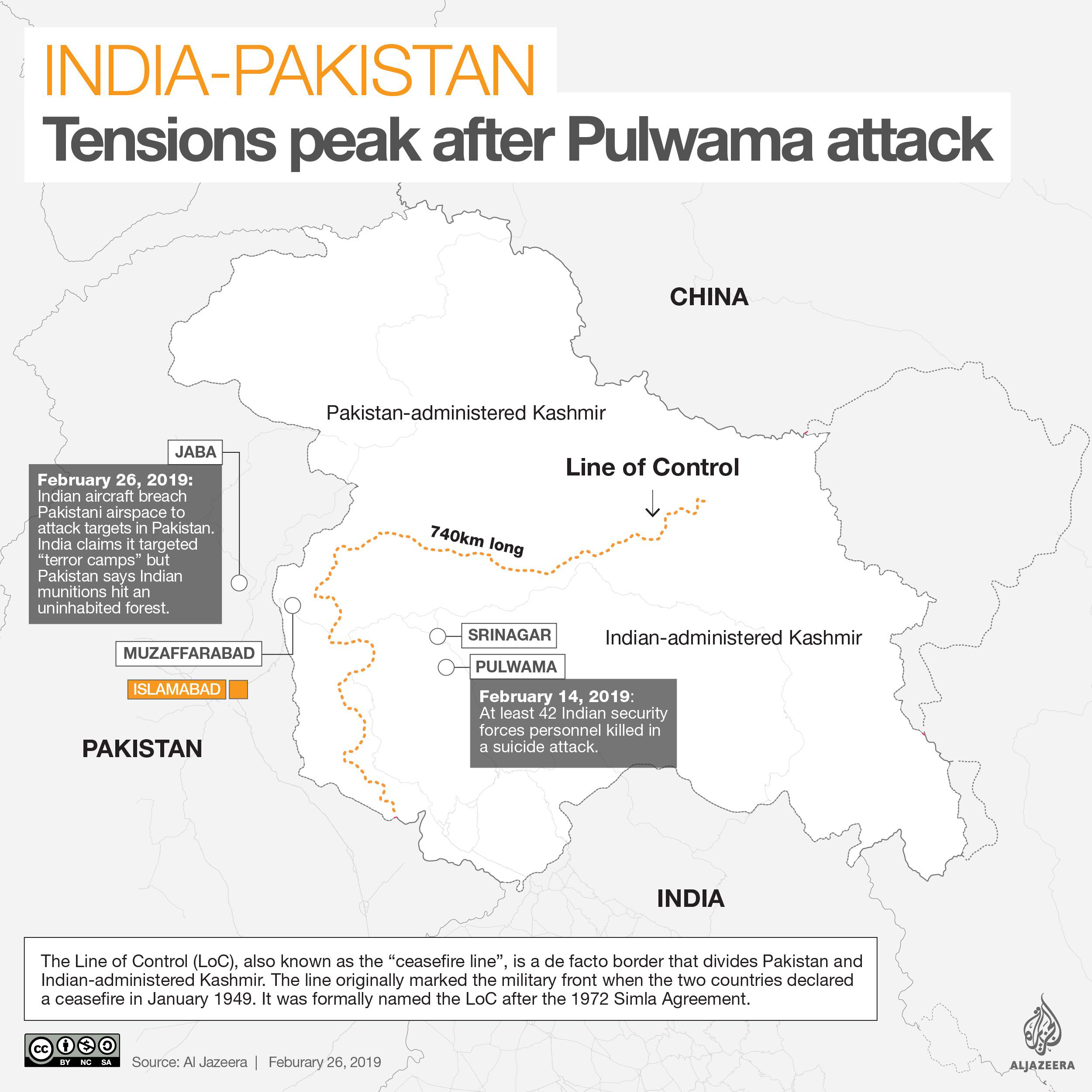 Earlier in the day, Indian Prime Minister Narendra Modi addressed a large crowd at an election rally in the Indian state of Rajasthan, but steered clear of specifically referencing the air raids.

“The country is in safe hands”, he said, hours after being briefed about the predawn air attack. “I pledge on this soil … I will not let the country bend.”

Pakistan said that eight Indian aircraft entered its airspace for a period of up to four minutes, reaching up to 9km over Pakistan-administered territory in Kashmir, according to the military spokesperson and a foreign ministry statement.

Indian aircraft also attempted to enter Pakistani airspace near the Pakistani cities of Lahore and Bahawalpur, Ghafoor said, before the third attempt in Pakistan-administered Kashmir.

India kept official statements on the strikes to a minimum following the attack.

“The Government of India is firmly and resolutely committed to taking all necessary measures to fight the menace of terrorism. Hence this non-military pre-emptive action was specifically targeted at the JeM camp,” read Indian Foreign Secretary Vijay Gokhale’s statement.

“The selection of the target was also conditioned by our desire to avoid civilian casualties. The facility is located in thick forest on a hilltop far away from any civilian presence.”