Ahed Tamimi was indicted on 12 charges, including alleged assault, ‘incitement’ and past instances of stone-throwing. 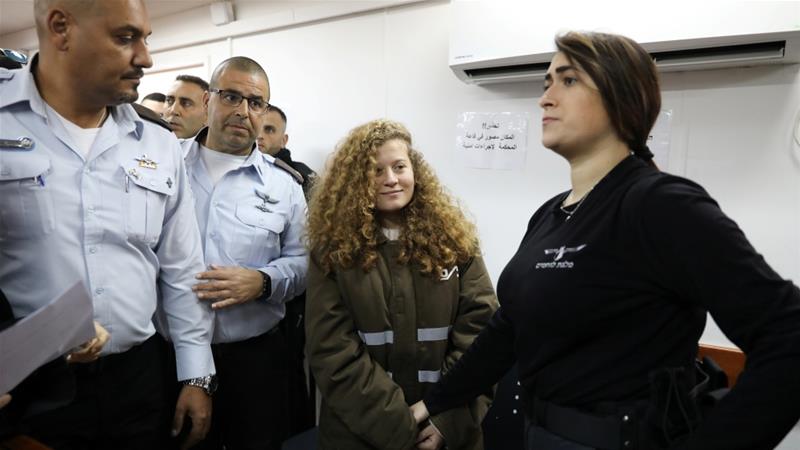 An Israeli court has ruled to keep a prominent Palestinian teen activist and her mother in custody until the end of their trial.

Ahed Tamimi, 16, was detained last month during an overnight raid on her home in the occupied West Bank village of Nabi Saleh after a video of the teen slapping and hitting Israeli soldiers went viral. Shortly before, her 15-year-old cousin was severely wounded after Israeli forces shot him point-blank in the face with a rubber bullet.

Her mother, Nariman, and her 20-year-old cousin Nour were arrested soon after.

Earlier in January, Ahed was indicted on 12 charges, including alleged assault, “incitement” and past instances of stone-throwing. Nariman was also indicted on an assault charge and “incitement” for uploading the video on social media.

Nour is charged with allegedly assaulting a soldier and interfering with a soldier’s duties. However, she has since been released on bail.

Ahed’s next hearing is on January 31, the day she turns 17. Nariman and Nour’s next court session will be in February.

Speaking to Al Jazeera from the military appeals court in Israel’s Ofer detention center, Gabi Laski, Ahed and Nariman’s lawyer, said she did not know how long their trials would last. 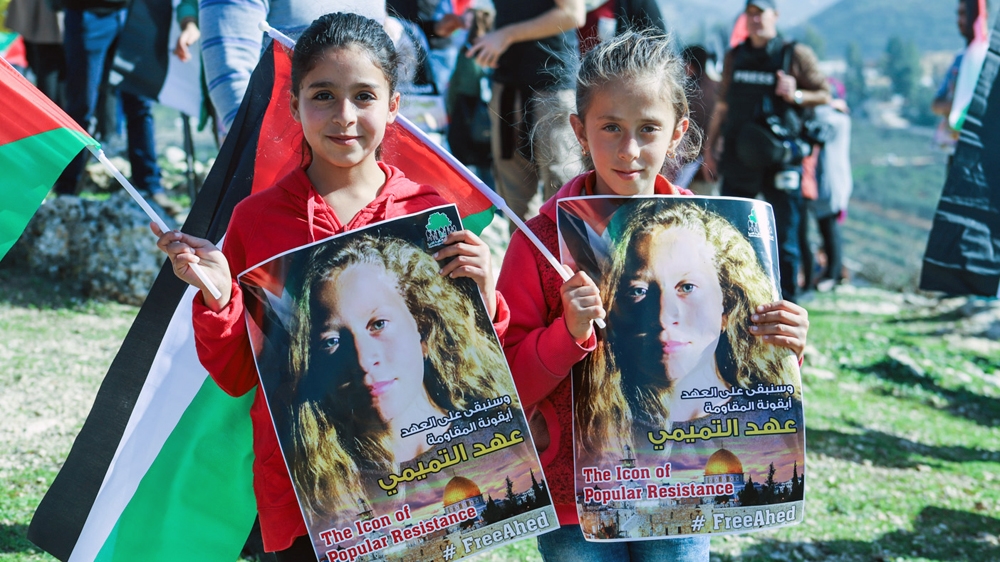 The Tamimi family are well-known activists in Nabi Saleh, and have led the village’s non-violent resistance for nearly a decade.

Bassem Tamimi, Ahed’s father, has been arrested numerous times by Israeli forces and has spent at least four years in prison. Nariman has also been detained five times before her most recent detention.

Speaking to Al Jazeera, he said that he did not expect any justice from Israel’s legal system.

“The system is set up to oppress Palestinians,” he said.

“No one will be surprised when they sentence Ahed to prison. This is Israel’s goal: destroy Palestinians’ childhood.”

According to rights groups, Palestinians face an almost 100 percent conviction rate in Israeli military courts, while a Palestinian who files a complaint with the Israeli police only has a 1.9 percent chance that the Israeli perpetrator will be convicted.

Part of Ahed’s charges reference her insulting Israeli soldiers – she has allegedly called them “child murderers,” “Nazis” and “thieves” during altercations.

These charges “highlight that these court proceedings have nothing to do with seeking justice or enforcing their laws”, Mariam Barghouti, a local journalist and activist told Al Jazeera.

“It’s about targeting a 16-year-old girl who has been vocal as Israel attempts to pacify the Palestinian population.”

Israel is the only country in the world that “automatically and systematically prosecutes children in military courts that lack fundamental fair trial rights and protections”, according to the Defense for Children International – Palestine (DCIP) rights group.

Although Ahed is facing an Israeli military court, the Israeli settlers in the illegal Halamish settlement adjacent to her home are tried in an Israeli civilian court – part of Israel’s dual legal system for Israelis and Palestinians.

“Ahed’s case is highlighting the difference between a settler youth and a Palestinian youth, and how they live under different legal realities because of their nationalities,” Laski, the lawyer, told Al Jazeera.

Barghouti noted that this disparity between the sentencing of Israelis and Palestinians was “emblematic of an apartheid state”.

But Barghouti was quick to point out that “the entire court system is a farce”, despite the disparities of sentencing. “It’s not a legitimate legal system in the first place,” she said.

According to Palestinian prisoners’ rights group Addameer, 350 Palestinian minors were being held in Israeli prisons as of December. DCIP has reported that at least 8,000 Palestinian children have been arrested and prosecuted in Israel’s military courts since 2000.